In 2006, rock music was banned in Iran, and members of The Casualty Process were suppressed both for playing it and for having a female singer; at one point, the musicians were jailed and heavily fined for simply holding a concert. Now, songwriter and multi-instrumentalist Natch Nadjafi and guitarist/bassist Shayan Amini create their aggressive, industrial-influenced sounds as a U.S-based electronic duo gigging nationally. Next up is Pittsburgh, where City of Asylum/Pittsburgh — better known for blending jazz and poetry — hosts a day of appearances by exiled Iranians. COAP, which provides sanctuary to threatened writers, begins by presenting exiled New York Times correspondent Nazila Fathi and exiled Iranian poet Pegah Ahmadi. Exiled Voices of Iran, held in a tent on the North Side's Sampsonia Way, concludes with the Casualty Process concert. The opening act is Pittsburgh electronic-music duo TM Eye. Bill O'Driscoll Fathi talk: 4 p.m.; Ahmadi reading: 5:15 p.m.; Casualty Process concert: 8 p.m. Sampsonia Way, North Side. Free, but tickets required. 412-321-2190 or cityofasylumpittsburgh.org

Pittsburgh gets a new outdoor amphitheater tonight. Rhythm 'n' Flow celebrates the opening of South Shore Riverfront Park and Amphitheater with live indie pop by Delicious Pastries and rock by White Wives. Citiparks Roving Art Cart will have activities for kids; the amphitheater is located behind Hofbrauhaus, which provides light refreshments. Sponsors include the Urban Redevelopment Authority, WYEP, the City of Pittsburgh and Riverlife. Bill O'Driscoll 6-8 p.m. 27th and Water streets, South Side. Free. www.riverlifepgh.org

Little Lake Theater launches its season with the Pittsburgh premiere of The Female of the Species, a comedy by Melbourne-based novelist and playwright Joanna Murray Smith. While feminist author Margaret Mason finds herself suffering from a bad case of writer's block, a former student shows up at her country house carrying a gun, and handcuffs Mason to her own desk. The show, directed by Art Deconcillis, opens tonight. Mariluz Orbay 8 p.m. Continues through May 19. 500 Lakeside Drive, Canonsburg. $18-20. 724-745-6300 or www.littlelake.org

In a world of political violence, Ariel Dorfman's 1990 drama Death and the Maiden remains sadly relevant. The play concerns a Latin American woman, a former political prisoner tortured and raped by her jailers, who becomes convinced a houseguest is her rapist. Off the Wall Productions' new staging is notable for its top-flight cast of local actors, including Ken Bolden, Mark Staley and Adrienne Wehr. Maggie Balsley directs the show, which opens tonight. BO 8 p.m. 147 N. Main St., Washington, Pa. $5-30. 412-394-3353 or www.insideoffthewall.com

Ask us, "When are we ourselves and when are we playing a part?" and we at City Paper say, definitively, "Right now." But to Continuum Dance Theater, it's a question worth asking. The troupe's latest, THE MOVEMENT, promises to literally let guests behind the stage curtain in a two-act show exploring both life in the corporate world and life as an artist. The dance-theater work is performed tonight and tomorrow at Grey Box Theatre. BO 8 p.m. Also 8 p.m. Sat., May 5. 3595 Butler St., Lawrenceville. $25-35. www.evolveproductions.blogspot.com 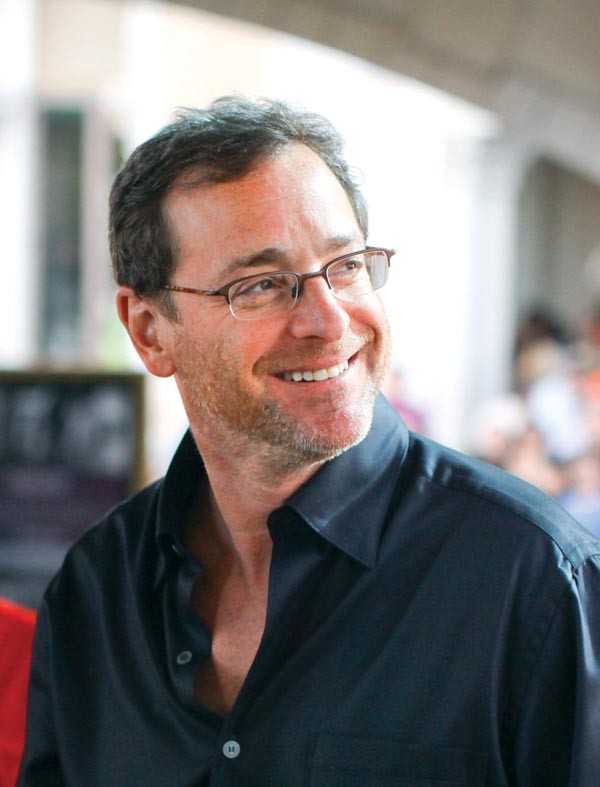 First he was that family-friendly dad-guy on Full House and America's Funniest Home Videos. Then he was the potty-mouthed standup comic who used to be that dad-guy. Now, Bob Saget — who actually started out in standup — is a writer, filmmaker (Farce of the Penguins), actor and occasionally potty-mouthed comic. And tonight is the first of his four shows over two nights at The Improv, as he preps to tape his next comedy special. BO 8 and 10 p.m. Also 7 and 9 p.m. Sat., May 5. 166 E. Bridge St., The Waterfront, West Homestead. $30. 412-462-5233 or www.improv.com

Phipps Conservatory lets you explore the healing and rejuvenating properties of plants in the new Summer Flower Show: Fountains of Youth. The display includes aromatic herbs and spices, fresh fruits and vegetables, and green tea. Fountains of many shapes and sizes will also be displayed, from soft showers to powerful jets. Highlights include grape arbors, fruit trees and berry patches. Phipps' Butterfly Forest will also be open. MO 9:30 a.m.-5 p.m. Schenley Drive, Oakland. $9-12 (children under 2 free). 412-622-6914 or www.phippsconservatory.org

Making, breaking and remaking. That's what it's all about at Circuits and Contraptions: A Party organized by Assemble artspace. The monthly event provides parents with an informal educational environment where their kids can try their hands at simple machines, electronics, LEDs and other devices. Activities are led by local makers, scientists and technologists, who help make topics from visual art to robotics and biology accessible, understandable, inspiring and fun for children ages 3 to 8. Circuits and Contraptions is supported by the Sprout Fund. MO 4:30-7:30 p.m. 5125 Penn Ave., Garfield. Free. 412-432-9127 or www.assemblepgh.org