Playwright Mark Clayton Southers is known for contemporary-set works like Ma Noah and James McBride. But his latest play looks backward. Miss Julie, Clarissa and John was inspired by Miss Julie, August Strindberg’s classic 1888 drama about an aristocrat’s affair with her father’s valet. Southers moves the action to a tobacco plantation in 1888 Virginia — during Reconstruction — where the attraction involves the daughter of a former slave-owner and her father’s top servant, who’s African American; the third onstage character is the mulatto daughter of a slave woman. Southers wrote the play for the actors starring in the premiere production at Pittsburgh Playwrights Theatre Co.: local favorites Tami Dixon (as Julie), Chrystal Bates (Clarissa) and Kevin Brown (John). The show, directed by Monteze Freeland, is “pretty steamy, pretty racy,” says Southers — “jungle-fever action,” he quips. It explores the dynamics of attraction not through Strindberg’s lens of social class, but through race. And Southers does so in an historical context where the consequences of such an attraction could be deadly. To make sure he got the play’s setting and feel right, he even visited a preserved Virginia plantation. But while Southers’ plays often engage race and other contemporary social issues, he views Miss Julie as a true period piece. “I didn’t write it to resonate with today,” he says. Bill O’Driscoll March 12-27. 937 Liberty Ave., Downtown. $20-35. www.pghplaywrights.com

John Berger’s Ways of Seeing is that rare textbook based on a TV program: Berger’s own eponymous 1972 BBC series about art criticism. Lorna Mills read the now-venerable British critic’s iconic book in art school; now she’s curated Ways of Something, an ambitious project for which she recruited 114 artists or artist teams from around the world, each to supply new video for a single minute of the series’ original audio. “I wanted each clip to really have a discontinuity to it,” says Mills, a Toronto-based new-media artist specializing in GIFs (one of which is showing nightly this month on 18 Jumbotrons in Time Square). The wild, digital-age, web-savvy artwork in Ways of Something ironically illustrates, updates or critiques Berger’s measured if often prescient comments about topics including women as art subjects — a measure of the cultural distance between 1972 and today. Episodes of Ways of Something have screened internationally. On March 17, the entire two-hour project screens as part of the Carnegie Museum of Art’s Third Thursday series, programmed by VIA. The evening includes live music in the galleries and a cash bar. Bill O’Driscoll 8-11 p.m. Thu., March 17. 4400 Forbes Ave., Oakland. $5-10. 412-622-3212 or www.cmoa.org

Sunstar, the Kelly-Strayhorn Theater’s annual celebration of the creative contributions of women in the arts, entrepreneurship and community, begins today. Sunstar includes everything from a talk about career development to a Beyoncé Karaoke & Dance Party. The three-day festival concludes Sat., March 12, with an evening screening of BaddDDD Sonia Sanchez, a documentary about the iconic poet, and a music showcase featuring such local talents as Be Steadwell, Christiane D, Jacquea Mae and Anqwenique Wingfield. Bill O’Driscoll 5941 Penn Ave., East Liberty. All events are “pay what makes you happy.” 412-363-3000 or www.kelly-strayhorn.org 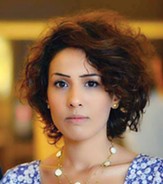 Celebrate Women’s History Month and the bravery of exiled artists at a talk by poet Sabreen Kadhim at Duquesne University’s Berger Gallery. To Be a Woman, Journalist and Poet in Baghdad Today features a discussion with Kadhim, who resides at City of Asylum/Pittsburgh. Kadhim has worked as a television reporter and was a winner of the third UNESCO poetry contest. In her poetry (originally in Arabic), Kadhim confronts the horror she experienced during the rise of militias in Baghdad. As she puts it, “Deeply, my soul was writing something.” Courtney Linder 6 p.m. 600 Forbes Ave., Downtown. Free. wsgs@duq.edu 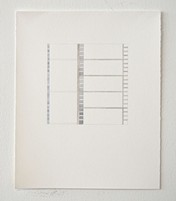 Kara Skylling’s distinctive drawings, which employ color sparingly and variously suggest architectural renderings and geological cross-sections, are familiar from showcases including the Pittsburgh Biennial. Now, Skylling has a solo exhibit at The Union Hall, above Bar Marco. In Being In, according to press materials, she “builds a relationship with space that draws within while extending beyond, creating a spatial partnership with both the internal and external self.” See Skylling’s “deconstructed compositions” at tonight’s opening reception. BO 6-9 p.m. Exhibit continues through April 30. 2216 Penn Ave., Strip District. Free. 412-471-1900

If productions written by wildly talented woman playwrights are your thing, look no farther than City Theatre and Laura Eason’s Sex With Strangers. Eason, a former writer for House of Cards and one of today’s most-produced playwrights, tells the story of unrecognized novelist Olivia and famed sexcapade blogger Ethan, who are snowbound at a writers’ retreat. The cast features City alumni Megan Byrne (pictured) and Nick Ducassi. This provocative comedy will leave you no stranger to the complicated relationship between sex, fame and cyber-identity. The first performance is tonight. CL 5:30 p.m. Show continues through April 3. 1300 Bingham St., South Side. $15-56. 412-431-2489 or www.citytheatrecompany.org

What happens when a sea witch throws you into the future and your only way home is to perform the greatest pirate epic ever seen? You improvise. The Greatest Pirate Story Never Told!, a nationally touring musical presented by the Hillman Performing Arts Series at Shady Side Academy, contains “more laughs than there are bones in Davy Jones’ locker,” according to The New York Times. The audience will suggest ideas for the pirates’ lost script as the actors improvise. The ship sets sail tonight at The Hillman Center for Performing Arts. CL 7:30 p.m. 423 Fox Chapel Road, Fox Chapel. $16-30. 412-968-3040 or www.thehillman.org

There is no tastier harbinger of spring than the advent of maple-sugaring seasons. Allegheny County Parks hosts today’s free Maple Sugar Festival at the Boyce Park Nature Center. Learn about sugaring methods ranging from Native American to modern, and try some samples. BO 11 a.m.-noon. Plum. Registration required at www.alleghenycounty.us/parkprograms.

City of Play is touting its latest grownup-rec initiative, Monday Night Dodgeball, as a stress-reliever. And you gotta admit, hurling projectiles at friends and strangers should take the workday edge off, even if the spheroids are soft foam rather than the ouchy rubber kind from grade school. The monthly co-ed night, at Ace Hotel Pittsburgh’s gym, includes two hours of open games followed by an hour-long bracket tourney. It’s all just for fun (“We’re more Average Joe’s than Globo-Gym,” notes the press release) and spectating is allowed. BO 7-10 p.m. 120 S. Whitfield St., East Liberty. $5 for all you can play. www.cityofplay.org

In 1936, nine working-class boys on the University of Washington’s crew team sought gold at the Berlin Olympics. Their quest sparked Daniel James Brown into writing the 2013 best-seller The Boys in the Boat. As a part of Pittsburgh Arts & Lectures’ Literary Evenings series, Brown discusses his Depression-era nonfiction novel. While the show is sold out, there a waiting list and partial-view seats are still available. CL 7:30 p.m. 4400 Forbes Ave., Oakland. $15-35. 412-622-8866 or www.pittsburghlectures.org