Swiss contemporary ballet company Ballet du Grand Théâtre de Genève opens its five-city North American tour with its Pittsburgh debut Sat., March 8 at the Byham Theater. Presented by the Pittsburgh Dance Council, the acclaimed 52-year-old company is known for its inventiveness, world-class repertory and virtuosic dancers. Moreover, artistic director Philippe Cohen tells CP via email, "the ballet artists from Genève Ballet are men and women whose sole ambition is to convey emotions to the public." For its Pittsburgh program, the company will perform two ballets by rising choreographic stars Andonis Foniadakis and Ken Ossola. In Foniadakis' 2012 ballet "Glory," set to a rousing score by Handel including his "Dixit Dominus, Coro:Gloria Patri," the choreographer takes full advantage of Genève Ballet's dancers' skills, says Cohen: "The ballet is a whirlwind for the eyes and ears which results in the dancers in a form of trance, magnified by the power of the baroque composer." Danced to Fauré's "Requiem," which the composer described as "a lullaby of death," Ossola's 2010 ballet "Sed Lux Permanet" features a large ornate set piece that is representative of a lamp from a religious temple. The 35-minute ballet's lush choreography combined with Fauré's music, says Cohen, "maintains an optimistic notion" of our journey to an unavoidable end. Steve Sucato 8 p.m. Sat., March 8. 101 Sixth St., Downtown. $19-55. 412-456-6666 or www.trustarts.org

The act of shushing gets shelved tonight when After Hours @ the Library, a series of Carnegie Library fundraising parties, presents In Pursuit of Music: From Mozart to Gangnam Style at the main branch, in Oakland. Activities explore everything from hip hop and classical to country. Guests can offer their best rock-star pout in the photo booth, then participate in live-action Trivial Pursuit while sipping drinks from local watering holes. The event, co-presented with Pittsburgh Symphony Orchestra, is for ages 21 and up. Angela Suico 7 p.m. 4400 Forbes Ave., Oakland. $55. 412-622-3114 or www.carnegielibrary.org

"Every time I sing this song, I hope it's the last time," says The Poet in An Iliad. In Lisa Peterson and Dennis O'Hare's award-winning 2012 adaptation, one performer embodies Achilles, Hector and other Trojan War personages, blending majestic Homeric verse with contemporary language to explore the passions behind warfare ancient and present. Pittsburgh Public Theater's new production stars Teagle F. Bougere, who's done Shakespeare and A Raisin in the Sun on Broadway. Director Jesse Berger is a Public favorite (Circle Mirror Transformation); the first performance is tonight. Bill O'Driscoll 8 p.m. Continues through April 6. 621 Penn Ave., Downtown. $15.75-55. 412-316-1600 or www.ppt.org

Dream Body, a sculpture and video installation from local artist Blaine Siegel, features works evoking "man's search for meaning through the experiences of the physical body." Inspired by the Hanging Man tarot card, a video projected upside down against the wall shows a man's face evolving from sorrow to wonder. Another video, cast by a projector seated on top of a boulder sculpture, shows two still-life scenes with similar subject matter, but with the objects in each looking slightly different. The show opens with tonight's reception. AS 5:30 p.m. Exhibit continues through April 13. 709 Penn Gallery, 709 Penn Ave. Downtown. Free. 412-456-6666 or www.trustarts.org

In Nina Raine's lauded play Tribes, Billy, a deaf twentysomething with an outspoken family, falls for a woman who's losing her hearing. Their relationship casts the act of listening in a new light for everyone. This 2012 off-Broadway show won the Drama Desk Award for Outstanding play. Robin Abramson and Tad Cooley star in City Theatre's production, which is directed by Stuart Carden and co-produced by Philadelphia Theatre Company. Tonight is the first performance. AS 5:30 p.m. Continues through March 30. 1300 Bingham St., South Side. $15-55. 412-431-2489 or www.citytheatrecompany.org

His stories, poems and essays have been recognized nationally. But Gary Fincke's new book, How Blasphemy Sounds to God, is a first for him: a novel-in-stories that, according to locally based publisher Braddock Avenue Books, explores "our capacity for loyalty and love as it delves into the lives of people on the brink of faith." Fincke, whose long list of prizes includes a Flannery O'Connor Award, is a professor of creative writing at central Pennsylvania's Susquehanna University. Blasphemy, set amidst the social tumult of the early 1960s, gets its release party tonight, at East End Book Exchange. BO 7 p.m. 4754 Liberty Ave., Bloomfield. Free. www.eastendbookexchange.com

Bangledesh, Liberia and Kyrgyzstan are among the nations that elected female heads of state before our own Land of Opportunity. Madame Presidenta: Why Not U.S.? is the new documentary by Heather Arnet. Drawing on her family's history of women's-rights activism, Arnet, head of the Pittsburgh-based Women and Girls Foundation, heads to Brazil, where Presidenta Dilma Rousseff leads a rising world power. The hour-long film explores the connections between female economic security, political participation and democracy. Tonight's special premiere screening, at the Carnegie Museum of Art Theater, is followed by a discussion and dessert reception. BO 8 p.m. 4400 Forbes Ave., Oakland. $50. RSVP by March 5 at www.wgfpa.org.

Transatlantic, Colum McCann's best-seller mixing fact and fiction, begins with  Frederick Douglass, British aviators Alcock and Brown and former U.S. Sen. George Mitchell, all traveling to Ireland in 1845, 1919 and 1998 respectively. The focus then shifts to the 1860s, when Lily Duggan, an Irish servant inspired by Douglass, seeks a better life in America, and what unfolds ties all of the characters lives' together. McCann appears at Carnegie Music Hall tonight. His talk is part of the Monday Night Lecture Series, presented by Pittsburgh Arts & Lectures. AS 7:30 p.m. 4400 Forbes Ave., Oakland. $15-35. 412-622-8866 or www.pittsburghlectures.org

The musical Once swept the Tonys in 2012. Now its first national touring production stops at the Benedum Center. Starring Stuart Ward as "Guy" and Dani de Waal as "Girl," the show centers on an Irish musician, a Czech immigrant and the music they make together as they navigate their relationship. With a book by Enda Walsh and music and lyrics by Glen Hansard and Markéta Irglová, the show features favorites like "Falling Slowly." A six-date, eight-performance engagement here continues the PNC Broadway Across America Series. AS 7:30 p.m. Continues through March 16. 719 Liberty Ave., Downtown. $25-80. 412-456-4800 or www.trustarts.org 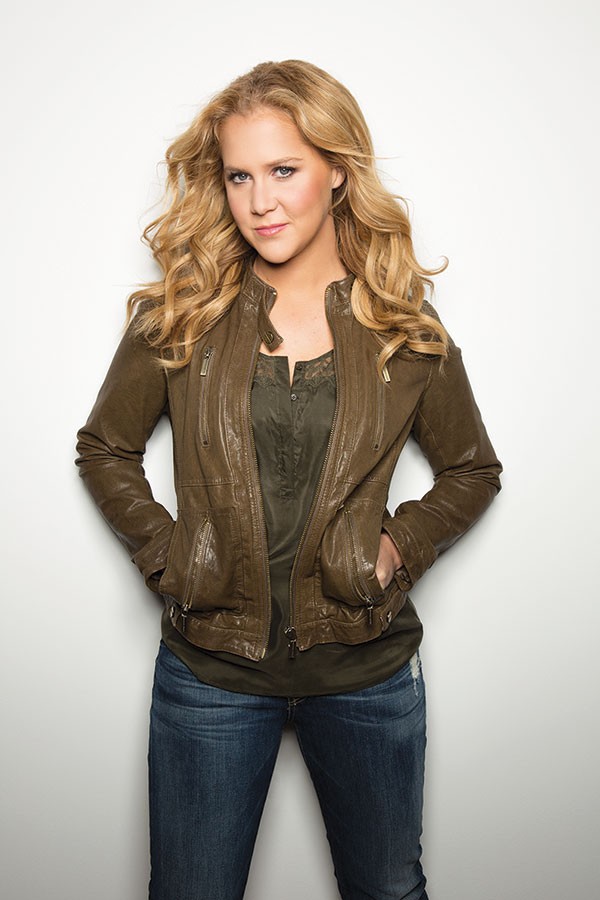 Comedy Central star Amy Schumer has a cut-to-the-core delivery that contrasts with her blonde appearance. "When I was a little kid, they'd be like, ‘Your shoes are ugly.' And I'd be like, ‘You're adopted, and your parents haven't told you yet.' I'd go from zero to horrible immediately," she explained in an interview with New York magazine last year. Schumer brings the bluntness when the Inside Amy Schumer's Back Door Tour stops tonight at Carnegie Music Hall. AS 8 p.m. 4400 Forbes Ave., Oakland. $35.50-43. 412-622-3131 or www.druskyentertainment.com

"What would you do if you had a hand up your ass for 40 years?" asks the website for Henson's Alternative's Puppet Up: Uncensored. This is an improv-comedy show, for adults only, performed by six puppeteers from The Jim Henson Company. (Yes, that Jim Henson.) Songs, sketches and other ribaldry flow from audience suggestions in a touring production that's played Scotland's Edinburgh Fringe Festival, and that the Toronto Globe & Mail called "absurd and highly energetic." It's at the Carnegie Library Music Hall of Homestead tonight only. BO 8 p.m. 510 E. 10th Ave., Munhall. $30-50 (18 and older). 412-368-5225 or www.carnegieconcerts.com