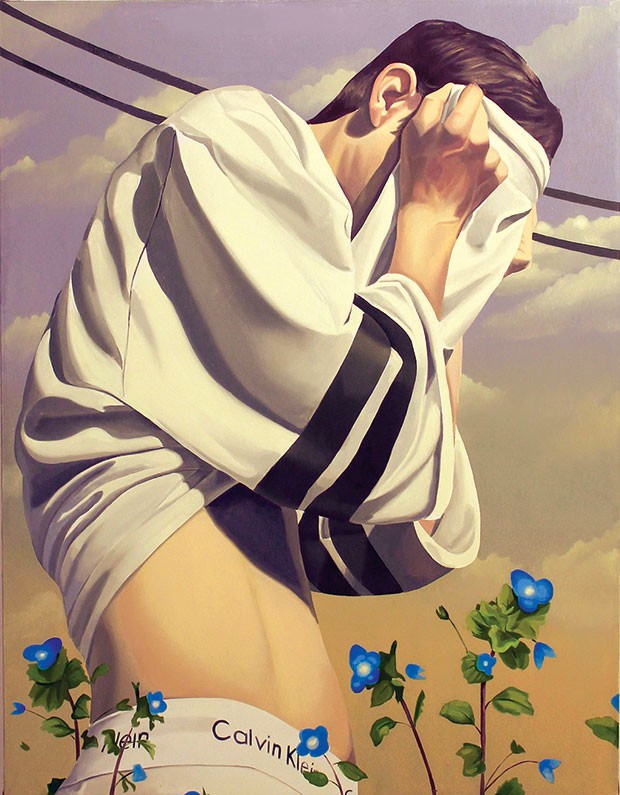 Nikki Brugnoli revisits the postindustrial Pittsburgh of her youth — coke ovens and slag dumps — in drawings and prints. Newcomer Jiyong Hong uses sculpture and installations to make “geographical and memory maps” of the Pittsburgh she’s learning on walks through the city. Misty Morrison’s paintings explore what our responsibility is when we witness injustice. And in their paintings and sculptures depicting the experiences of queer black and white males, Devan Shimoyama and Danny Ferrell ask, “Who deserves the American dream?”

Those are four of the nine new bodies of work comprising Pittsburgh Center for the Arts’ Solo & Collaborative Exhibits, which opens with a reception on Fri., March 31. The exhibits, curated by Laura Domencic, also include: Inside the Rabbit Hole, Out in the Meadow, and Up a Tree, sculptures exploring memory and place by Isabel Farnsworth and Shannon Hines; a room-sized installation by DS Kinsel and Julie Mallis recreating their Magic Organs studio at Garfield’s BOOM Concepts; Nicole Renee Ryan’s paintings of imagined landscapes, titled The Place and the Un-Place: Memories of Memories; ceramic and mixed-media sculptures by Jonathan Schwarz and Angela Biederman, titled Interdependent; and Lauren’s Wilcox’s Cave, which explores the formation of gender identity through found and manipulated imagery.

We’re three months from the 125th anniversary of one of America’s most infamous labor struggles: the Battle of Homestead. Henry Clay Frick’s 1892 lockout of steelworkers at Homestead Steel Works sparked a strike, then a deadly battle between workers and Pinkerton detectives hired to break the union. The Battle of Homestead Foundation marks the episode with a seven-month series of talks, performances and film screenings. It begins with tonight’s presentation by Tammy Hepps, who discusses her grandfather’s role in Homestead’s Jewish community following the battle. BO 7 p.m. Thu., April 6. Bost Building, 623 E. Eighth Ave., Homestead. Free. 412-478-5907 or www.battleofhomestead.org

“Everybody always asks me, ‘When you blow up, you gonna go Hollywood?’” says Donnell Rawlings. “You damn right! I can’t wait to go Hollywood! You think I did entertainment to go Brooklyn? I ain’t keepin’ it real. I’m selling out. Selling out is the shit.” Rawlings played Ashy Larry on Chappelle’s Show and has toured extensively with Dave Chappelle himself. His current national standup tour brings him to the Pittsburgh Improv for six performances starting tonight. BO 8 p.m. Continues through Sun., April 2. 166 E. Bridge St., The Waterfront, West Homestead. $20. 412-462-5233 or www.pittsburgh.improv.com 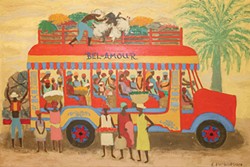 Instill & Inspire: The John & Vivian Hewitt Collection of African-American Art, new at the August Wilson Center, honors the priceless art collection one middle-class couple formed over 50 years. The Hewitts made their first purchase in 1949, with money given to them for their wedding, and eventually compiled paintings, drawings and more by Romare Bearden, Elizabeth Catlett, and nearly two dozen other artists from the U.S. and Caribbean. The show opens today. Amani Newton 11 a.m.-8 p.m. Exhibit continues through June 30. 980 Liberty Ave., Downtown. Free. 412-471-6070 or www.trustarts.org 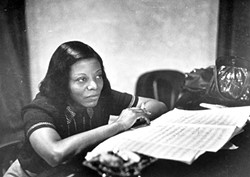 For Women’s History Month, Danielle Maggio and the Ryan Arts and Culture Center fete a homegrown legend. Celebrating Mary Lou Williams: Pittsburgh’s Bebop Queen honors the East Liberty-raised musician who became one of the most innovative jazz artists of all time, arranging music for Duke Ellington and Tommy Dorsey, among others. A screening of Carol Bash’s short documentary “Mary Lou Williams: The Lady Who Swings the Band” includes a pre-screening discussion and live music by vocalist Maggio and pianist Samuel Okoh-Boateng. AN 6-10 p.m. 420 Chartiers Ave., McKees Rocks. $5-10 suggested donation. 412-331-1685 or facebook.com/ryanartscenter

Is This a Man’s World? So asks locally based choreographer Sarah Jeffers in the second iteration of her work that “explores the external and internal limitations … associated with gender.” This second take on a work that premiered last year adds men to the original cast of six women. Performances tonight and tomorrow, at The Space Upstairs, are followed by discussions with the artists, over coffee. A gallery exhibition at the venue features work by local photographer Richard Frost, created in collaboration with the performers. BO 9 p.m. (gallery opens at 7:30 p.m.). Also 9 p.m. Sat., April 1. 214 N. Lexington St., Point Breeze. $10. www.facebook.com (“is this a man’s world”)

What happens to a bunch of strangers whom a power outage traps on a trolley beneath Mount Washington late one Friday night? Add booze and jazz, and the results range from fear, guilt and accusations to philosophizing and shared wisdom in Lights Out, a new play at Pittsburgh Playwrights Theatre Co. The playwright is Point Park University journalism professor Steve Hallock. Cheryl El-Walker directs a cast including Connor McCanlus, Sam Lothard and Melissa Franklin. The first performance is tonight. BO 8 p.m. Continues through April 16. 937 Liberty Ave., Downtown. $22.50. www.pghplaywrights.com

The fictional setting for the Fourth Annual Galaxy Ball is Gossip City: a place where “it rains drama and snows lies.” So you know they’ll be bringing it at this yearly opportunity for the public to experience the ballroom community, an underground culture created by gay black men in 1960s Harlem, and still a showcase for style, attitude and creativity for black and brown LGBT folks. Tonight, at the Ace Hotel, watch contestants in “Rumor(s)” vie for trophies, cash and bragging rights in some 30 categories, from “Thug Realness” to “Butch Queen in Pumps,” all to live commentary by Kevin JZ Prodigy and Gregg Evisu Lanvin. The evening also has an HIV/AIDS-education component. BO 9:30 p.m. (doors at 8 p.m.). 120 S. Whitfield St., East Liberty. $15-25. VIP: $60 (single) and $100 (couple). www.facebook.com (“galaxy ball rumors”) 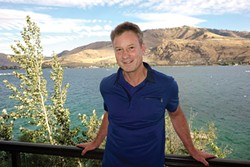 It might surprise some to know that one of America’s foremost intellectuals on race relations is an Irish-American named Timothy Egan. Egan is a weekly contributor to the New York Times, and was on the team that produced the 2001 Pulitzer-winning series “How Race Is Lived in America.” Pittsburgh Arts & Lectures welcomes him tonight to its Ten Evenings series following publication of his book The Immortal Irishman: The Irish Revolutionary Who Became an American Hero, an instant Times bestseller. Get your tickets soon; most reserved seats have already been sold out. AN 7:30 p.m. Carnegie Music Hall, 4400 Forbes Ave., Oakland. $15-35. 412-622-8866 or www.pittsburghlectures.org

In addition to its historical resonance, April 4 has one big fictional referent: It’s the date Winston Smith began his fateful journal in 1984. Tonight, the Hollywood Theater and the Regent Square Theater join 90 other moviehouses nationally in screening director Michael Radford’s well-regarded film adaptation of George Orwell’s classic dystopian novel. The 1984 (of course) film stars John Hurt, as Winston, and Richard Burton in his final film role. In a time when current events have restored 1984 to best-seller lists, the screening at the Hollywood will be followed by a discussion about civil liberties facilitated by Brenda Lee Green, of the ACLU of Pennsylvania. BO Hollywood: 8 p.m. (1449 Potomac Ave., Dormont; $10; www.thehollywooddormont.org). Regent Square: 8 p.m. (1035 S. Braddock Ave., Edgewood; $9; www.pfpca.org) 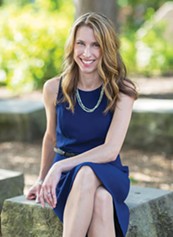 Penguin Bookshop hosts a book-launch party for Almost Missed You, the debut novel from Pittsburgh native Jessica Strawser. Published by St. Martin’s Press, the tale of parental abduction questions whether it’s possible to really know anyone, even your spouse. Strawser, who now lives in Cincinnati, is a publishing-industry veteran whose achievements include being editorial director of Writer’s Digest magazine, and a moving 2014 “Modern Love” essay about losing her best friend to domestic violence. AN 6 p.m. 417 Beaver St., Sewickley. Free. 412-741-3838 or www.penguinbookshop.com