The Carnegie asks "RACE: Are We So Different?," Cirque du Soleil returns, Pittsburgh Opera does La Bohème, and a book-launch for local author Dave Newman are among this week's events. 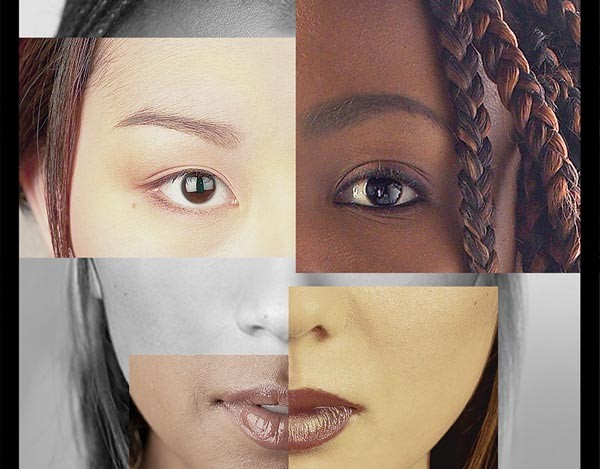 RACE: Are We So Different?, a traveling exhibit hosted by Carnegie Museum of Natural History, aims to illuminate our discussion of race by viewing it through three different lenses — science, history and everyday experience. This collaboration between the American Anthropological Association and the Minnesota Science Museum opens here March 29 with a local component: the Community Voices Gallery. Photos and videos of people discussing racial issues in Pittsburgh are paired with images by iconic local photographer Charles "Teenie" Harris and discussions of race from the Pittsburgh Courier's "Pittsburgh Speaks Up" column. Lynne Hayes-Freeland, the KDKA-TV reporter who co-curated the exhibit with photographer Nikkia Hall, asked some of the same questions used in the Courier interviews from the 1950s to the 1970s. "In 2014, most African Americans still see that there are problems with race relations, whereas a large percentage of non-African Americans don't see them as a problem," she says. That was true in the past as well; one difference is that black-on-black violence wasn't as prevalent in the '50s and '60s. "I am hopeful that if people look at the photographs, and they look at the answers, they will then be inclined to have a conversation [about race]," says Hayes-Freeland. Angela Suico Exhibit continues through Oct. 27. 4400 Forbes Ave., Oakland. $11.95-17.95. 412-622-3131 or www.carnegiemnh.org

Sync'd is a unique cinematic venture pairing silent shorts by local filmmakers with original soundtracks performed live. If you haven't been, tonight's a good time to catch up: The Best of Sync'd features 10 films drawn from the last five shows. Shorts by the likes of Tess Allard, Jessica Fenlon, Michael Maraden and Jim Mueller are screened to recorded-live soundtracks by artists like Lungs Face Feet, Ben Opie and Josh Wulff, and Dire Wolves. Gangwish will perform live at the Melwood Screening Room event. Bill O'Driscoll 8 p.m. 477 Melwood Ave., Oakland. $5. 412-681-5449 or www.pittsburgharts.org

On Late Night With Jimmy Fallon, Dan St. Germain told of a couple he knew who decided to make hats out of tinfoil after watching Apollo 13. "You don't dress like characters from a depressing movie," he insisted. "I don't go, ‘Hey guys, you gotta come to my place this Friday — movie party! But remember to bring your bellhop costumes, 'cause we're watching Hotel Rwanda.'" Tonight, St. Germain performs the first of six shows at Pittsburgh Improv. Angela Suico 8 p.m. Continues through Sun., March 30. 166 E Bridge St., The Waterfront, Homestead. $17. 412-462-5233 or www.pittsburgh.improv.com

"My weight is a darting mosquito buzzing at my ear, impossible to ignore," Jennifer Jackson Berry writes in her poem "Fat Girl on the Beach." Berry, a contributor to California-based literary journal Lummox, shares her verses tonight with three other local Lummox writers at East End Book Exchange, Ann Curran, Judith Robinson and Don Wentworth. The show also honors their fellow contributor, the late Pittsburgh writer Michael Adams, with a reading of his work. AS 7 p.m. 4754 Liberty Ave., Bloomfield. Free. 412-224-2847 or www.lummoxpress.com 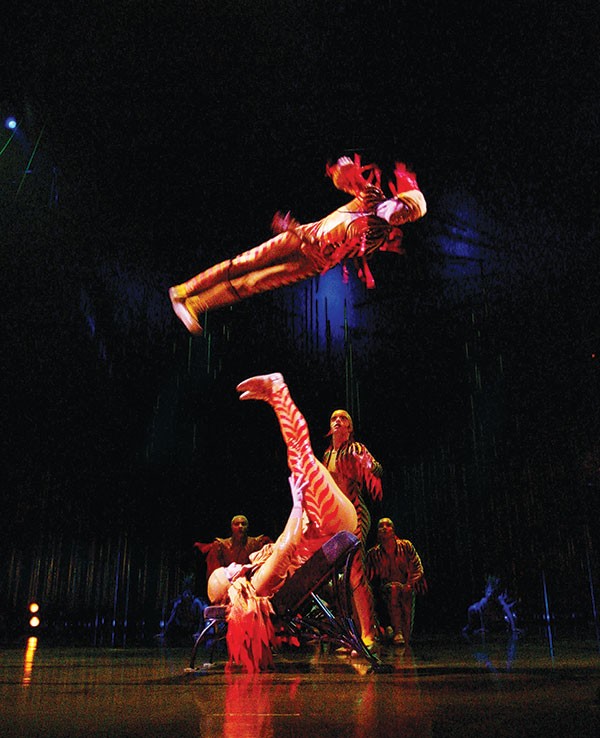 In 2005, Varekai became the second Cirque du Soleil production to play Pittsburgh. Now the famed troupe's production is back, adapted from its original big-top format for arenas like the Petersen Events Center. It's still the story of an Icarus-like fellow who falls to earth in a jungle and proceeds on a journey of rebirth, accompanied by magical forest creatures. And many acts will be familiar, from daring aerialists to a dance on crutches. But Cirque always rotates in new performers and acts from around the world, like this production's American solo trapeze act. The first of six performances is tonight. BO 7:30 p.m. Continues through Sun., March 30. $32-100. 800-745-3000 or www.cirquedusoleil.com/varekai 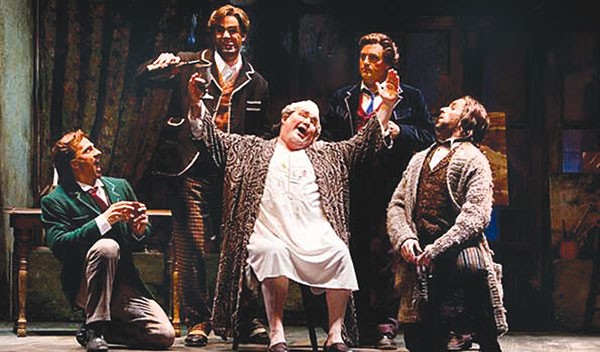 "I worked the late shift at the hardware store, cleaning floors. Most nights I swept and mopped then napped or read books of poetry or sometimes smoked a little dope in the carpet section, hiding high in the racks between the rolls of shag and Astroturf." So begins Two Small Birds (Writers Tribe Books), the new novel by acclaimed local author Dave Newman, about two brothers struggling with life. Newman's works include 2012's novel Raymond Carver Will Not Raise Our Children and other intense (if often hilarious) explorations of working-class life. His book-launch is tonight, at East End Book Exchange. BO 7 p.m. 4754 Liberty Ave., Bloomfield. Free. 412-224-2847 or www.eastendbookexchange.com

The Black Maria Film & Video Festival has been running since 1981, and its tours have been hitting Pittsburgh Filmmakers for nearly as long. But venerable though it is, the Black Maria prides itself on a cutting-edge shorts program, with documentaries, fiction films and animation drawn from winners of its international juried competition. Tonight's screening, at the Melwood Screening Room, will be presented, as always, by Black Maria founder John Columbus. BO 7:30 p.m. 477 Melwood Ave., Oakland. $4-8. 412-681-5449 or www.pittsburgharts.org

This year's Sunstar showcase, presented by the Kelly-Strayhorn Theater, is a "Tribute to the Ladies of Jazz." Oh, there are boys in the band — a six-piece including Alton Merrell on piano and Jeff Bush on trombone — but the featured performers are vocalists Spanky Wilson (pictured), Tania Grubbs, Kenia and BeLove. As for the set lists, the singers were asked, "With only music and 15 minutes, how would you tell your story?" BO 8 p.m. 5941 Penn Ave., East Liberty. $15-25. 412-363-3000 or www.kelly-strayhorn.org

The movement to put a price on carbon emissions is picking up steam, as it were. But if the grim prospect of climate change does induce us to impose a federal carbon tax, or cap-and-permit system ... who gets the money? At today's Climate Change Lecture at the University of Pittsburgh, University of Massachusetts, Amherst energy economist James K. Boyle addresses the issue in a free talk titled "Climate Policy as Wealth Creation." A panel discussion includes representatives from Carnegie Mellon and the National Energy Technology Laboratory. BO 4:30 p.m. University Club, 123 University Place, Oakland. Free. Reserve a seat at www.honorscollege.pitt.edu.

Iago or Richard II? Or maybe Goneril or Lady Macbeth is more your style. At tonight's Bring Your Own Bard event, Pittsburgh Shakespeare the Parks invites professional actors and non-actors alike to perform their favorite role among "Shakespeare's Villains." Or you can just come to listen. The informal reading series is at Te Café. BO 7:30 p.m. 2000 Murray Ave., Squirrel Hill. $10 requested donation (benefits PSIP). www.pittsburghshakespeare.com 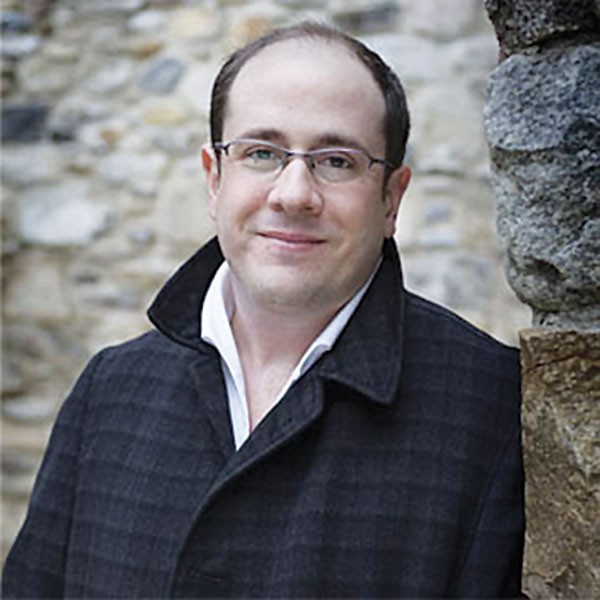 Journalist Jeff Sharlet exposed the ties between religion and politics with 2008's The Family: The Secret Fundamentalism at the Heart of the American Power. His latest book, Sweet Heaven When I Die: Faith, Faithlessness and the Country In Between, collects non-fiction essays exploring faith's different manifestations in the U.S. The profiles include a therapist who claims to channel Jesus to help her clients, and a youth fundamentalist organization that rails against "feminists and Muslims." Sharlet appears tonight at the Frick Fine Arts Auditorium for the Pittsburgh Contemporary Writers Series. AS 8:30 p.m. 650 Schenley Plaza, Oakland. Free. 412-624-6508 or pghwriterseries.wordpress.com