Texture Contemporary Ballet wraps up its fourth season with Unleashed Emotion. The program in three acts at the New Hazlett Theater features five ballets that run the gamut of emotions, including the premiere of Texture associate artistic director Kelsey Bartman's "Old Skin." The 25-minute "earthy" ballet for five dancers, set to music by Olafur Arnalds, Patrick Wolf and others, explores the idea of rebirth. Says Bartman: "It comes from my realization that nothing is ever over, and you can always somehow start again." Also premiering will be artistic director Alan Obuzor's latest, "Eclipse." The 35-minute multi-section ballet for seven dancers is about the ups and downs of life and is set to a suite of songs by the late American singer/guitarist Eva Cassidy. Also on the program are reprises of three repertory works choreographed by Bartman and Obuzor, including the pas de deuxs "Another Story" (2012), about the breakup of a romantic relationship told in reverse, and the bouncy "Hydroplaning Flower" (2012). Rounding out Unleashed Emotion is an expanded version of 2011's funky and zany "Jabber Bubble." Steve Sucato 8 p.m. Fri., March 20; 8 p.m. Sat., March 21; and 2 p.m., Sun., March 22. 6 Allegheny Square East, North Side. $20-25. 888-718-4253 or www.newhazletttheater.org

Increasingly, the Oaks Theater is adding performance to its programming. The latest to exploit the venue's stage and big screen together is David Kaye. The local comic offers Digitally Enhanced, a show blending standup and Google searches, and punchlines with projected stills and videos from the web. The one-man, one-screen show debuts tonight with a BYOB, 21-and-over performance. Bill O'Driscoll 8 p.m. 310 Allegheny River Blvd., Oakmont. $15-17. 412-828-6322 or www.theoakstheater.com 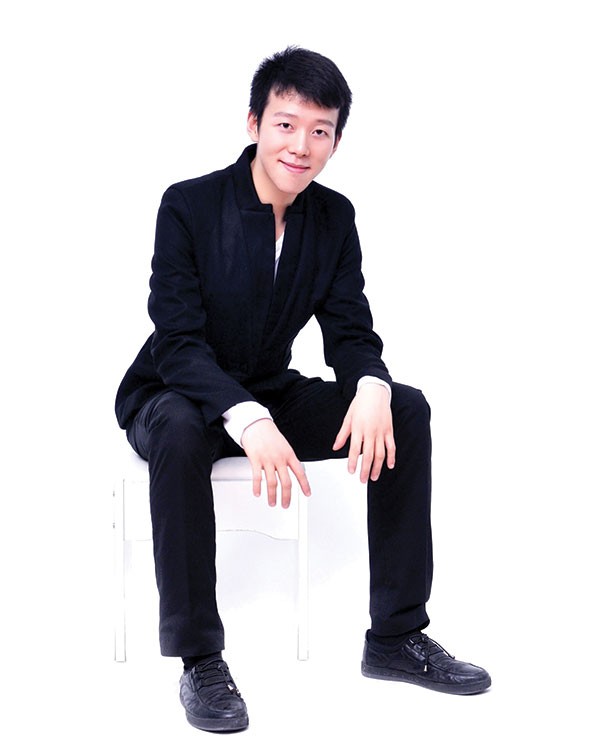 City Theatre stages the new comedy Oblivion. Written by Carly Mensch, whose credits include TV's Weeds and Nurse Jackie, Oblivion centers on uber-hip Brooklynites Pam and Dixon and their progressive parenting. The play takes a humorous look at Nietzsche, film critic Pauline Kael and what it means to fight for your loved ones. City's production, directed by Stuart Carden, features Christopher Larkin, Quentin Maré, Lisa Velten Smith and Julia Warner, all making their City debuts. The first performances are tonight. ZM 5:30 and 9 p.m. Continues through Sun., April 26. 1300 Bingham St., South Side. $15-61. 412-431-2489 or www.citytheatrecompany.org

"Don't you wonder why it is necessary to declare me dead again and again?" asks Karl Marx in the one-man play Marx in Soho. The 1999 one-act, by historian Howard Zinn (A People's History of the United States), imagines the Das Kapital author resurrected from 150 years of afterlife into modern-day Manhattan, where he addresses his legacy, his socialist principles and the hyper-capitalist contemporary world. Actor and activist Brian Jones embodies Marx in this positively reviewed, nationally touring production. Tonight's free performance is hosted by groups including the International Socialist Organization and the University of Pittsburgh History Department; a discussion follows. BO 7:30 p.m. Frick Fine Arts Auditorium, 650 Schenley Drive, Oakland. info@marxinsoho.com

In the year of its 140th anniversary, Carmen returns to Pittsburgh Opera tonight. Israeli mezzo-soprano Rinat Shaham, acclaimed for her turns as Bizet's fiery heroine, reprises the role, with tenor A.J. Glueckert as Don José and baritone Morgan Smith as Escamillo. Boasting such famed tunes as "Habanera" and the Toreador Song, this classic gets four performances at the Benedum Center. Songs are sung in French, with English texts projected above the stage. BO 8 p.m. Continues through March 29. 719 Liberty Ave., Downtown. $12.75-195.75. 412-456-6666 or www.pittsburghopera.org

You probably don't associate chipper Mr. McFeely — the Speedy Delivery guy from Mr. Rogers' Neighborhood — with curmudgeonly W.C. Fields. But the classic 1934 Fields comedy It's a Gift was among the favorites of Mr. McFeely's alter ego, David Newell, when he was growing up, in the 1950s. Today, Newell returns to the neighborhood moviehouse of his youth for the Hollywood Theater's Guest Programmer Series to present It's a Gift and another old favorite, the Laurel and Hardy short "The Music Box." The program includes an autograph session and a sweater drive. BO 3 p.m. 1449 Potomac Ave., Dormont. $6-8. 412-563-0368 or www.thehollywooddormont.org

The adage "don't discuss politics or religion" is the antithesis of Cora Daniels' new book Impolite Conversations. The New York-based author says that talking about religion, politics, sex, money and race can be both a wake-up call and a call to action. Tonight, at Rodef Shalom Congregation, Daniels speaks about her book, which encourages us to be fearless in discussing topics we would normally address only in hushed tones. The author of Ghettonation and Black Power Inc., Daniels has written for Fortune and Essence, among others. ZM 7 p.m. 4905 Fifth Ave., Shadyside. Free. 412-621-6566 or www.rodefshalom.org

Novelist Dennis Lehane visits tonight to discuss his latest book, World Gone By. The Boston-based author of mysteries like Shutter Island and Mystic River, Lehane's work has charted on best-seller lists and been adapted into award-winning films. World Gone By follows former crime kingpin Joe Coughlin as he navigates the Cuban underworld during World War II. Lehane, who also writes for television shows like The Wire and Boardwalk Empire, speaks about his career and personal journey tonight in a Pittsburgh Arts & Lectures event at Carnegie Music Hall. ZM 7:30 p.m. 4400 Forbes Ave., Oakland. $15-45. 412-622-8866 or www.pittsburghlectures.org

Perhaps being named Carl Wilson dooms a person to a music-related career, but this particular Wilson — who currently writes for Slate, and speaks tonight at the Frick Fine Arts Auditorium — made a name for himself in an unusual way: by defending Celine Dion. His acclaimed 2007 contribution to the 33⅓ book series, Let's Talk About Love: A Journey to the End of Taste, chronicles the making of Dion's blockbuster record and Wilson's attempt to access his inner Dion fan. It also, compellingly, deals with Wilson's own snobby attitudes about music, and the contempt many music critics hold for actual popular music. 8:30 p.m. 650 Schenley Drive, Oakland. Free. 412-624-6506