Photo courtesy of Deborah I. Shipler.

When approached by the police, many people comply with whatever is asked of them — not knowing that, depending on the request, they have the right to refuse. It's this "acquiescence" that Pulitzer Prize-winning author and former New York Times reporter David K. Shipler hopes to combat with his latest work, Rights at Risk: The Limits of Liberty in Modern America. The book highlights how civil liberties get pushed to the side in our society, describing students who are punished for expressing their political opinions at school and murder suspects who undergo torture by Chicago police. Shipler says schools aren't adequately teaching young people about their rights, which reduces Americans' ability to practice them. "The Constitution is a piece of paper," he tells CP, "and it lives only with as much health as the citizenry will impart to it. It does not exist except in the hearts and minds of ordinary Americans. Courts reinforce it, but unless it's deeply internalized by Americans, it will be eroded." Shipler shares his insight as the keynote speaker for the ACLU Pittsburgh Chapter's Annual Meeting on March 16, at the Mellon Auditorium in Posner Hall, on the Carnegie Mellon University campus. An original copy of the Bill of Rights will be on display next door, at the Posner Center. Angela Suico 7 p.m. CMU campus, Oakland. Free. 412-681-7736 or www.aclupa.org 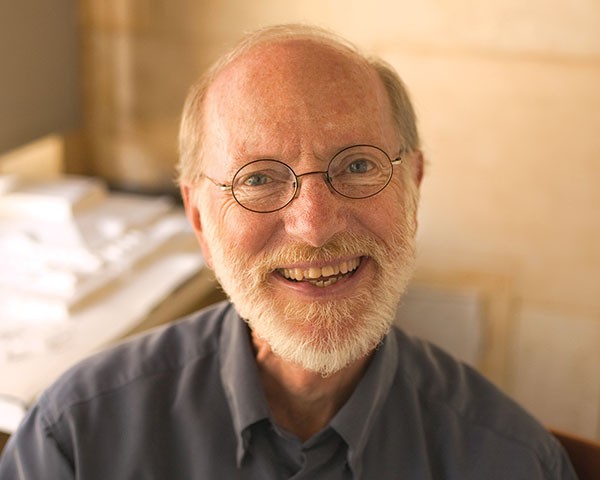 Tonight, hear a talk by one of the founders of the green building movement. In the 1990s, Bob Berkebile helped create the U.S. Green Building Council and its LEED rating system. Now, with the Living Building Challenge and the idea of regenerative design, he's pushed green architecture further — toward buildings that meet their own energy needs and reuse their waste. This founding principal of Kansas City, Mo.-based firm BNIM gives a talk on "urban acupuncture" at the Green Building Alliance's Inspire Speakers Series, at Phipps Conservatory. Bill O'Driscoll 5-8 p.m. (talk at 6 p.m.). Schenley Drive, Oakland. $15-45. www.go-gba.org

At the Pittsburgh Knit & Crochet Festival, yarn masters can take classes, buy supplies and lament over those blasted dropped stitches. The three-day festival, which begins today, celebrates its 10th year this weekend, at Four Points by Sheraton, in Mars. On the roster are: a talk and book-signing by New York Times best-selling romance novelist Debbie Macomber; knitting lessons from designer Lily Chin; and the display of the special sweater knitted by festival teacher Eleanor Swogger for the American Olympics team. Angela Suico Noon-6 p.m. Continues through Sun., March 16. 910 Sheraton Drive, Mars. $10-25. 412-963-7030 or www.pghknitandcrochet.com

"I wrote a rape joke, but rape jokes are tacky and I wouldn't want to force it on you," said Davon Magwood recently. The local standup comic, also known for his "God Hates Jags" T-shirt and Twitter war with the Westboro Baptist Church, is taping his first hour-long comedy special tonight at the Rex Theater. The featured comedians are Pittsburgh-based MTV star Susie Meister, Chris Edison, Lana Aurora Roskin and Mitch Beardczykowski. BO 8 p.m. 1602 E. Carson St., South Side. $12-15. www.rextheatre.com 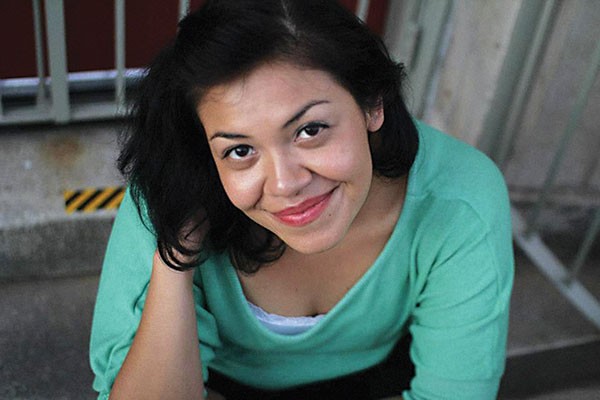 Austin, Texas-based sketch-comedy writer and improviser Vanessa Gonzalez is a regular at venues like Austin's The Movement, and a repeat guest at comedy festivals like the Hell Yes Fest (in Austin and New Orleans), the Chicago Sketch Fest and the New Orleans Fringe Festival. She makes her Pittsburgh premiere tonight with two performances at Arcade Comedy Theater of I Don't Know Words. Gonzalez's one-woman sketch comedy show blends absurd characters, stories and songs. BO 8 and 10 p.m. 811 Liberty Ave., Downtown. $5-10. www.arcadecomedytheater.com 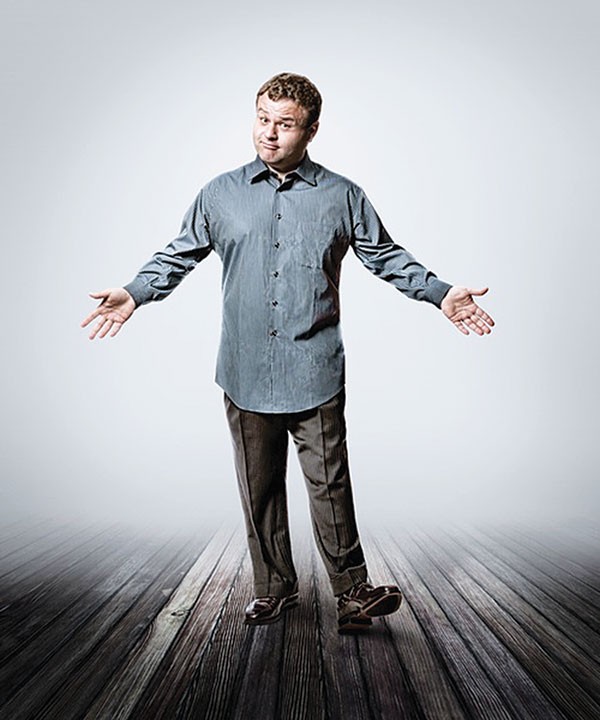 Sports commentators, actors and former presidents aren't safe from comedian Frank Caliendo's impressions. (His imitations of former President Bush and Robin Williams are particularly killer.) After honing his chops on MadTV for seven years, Caliendo raised his profile with his own sketch-comedy show on TBS and numerous appearances on late-night talk shows. A sports aficionado, he recently created a four-minute spoof documentary for ESPN. The focus? Seattle Seahawks cornerback Richard Sherman's rise to the presidency. Caliendo performs at Pittsburgh Improv, with four shows tonight and tomorrow. AS 8 and 10:15 p.m. Also 7 and 9:15 p.m. Sat., March 15. 166 E. Bridge St., The Waterfront, Homestead. $35, 412-462-5233 or www.pittsburgh.improv.com

DJ Clark Kent is known for two things: producing for rap's biggest stars, including Jay-Z and Notorious B.I.G., and embracing the sneaker as a fashion statement. Kent brings the latter to Pittsburgh when he hosts the first-ever Pittsburgh Sneaker Convention & Pop-Up Shop, produced by Slaam Basketball LLC, an organization offering basketball clinics for student athletes. Gathering at the South Side's Circuit Center, sneaker connoisseurs can buy, trade and admire one another's footwear. Or, as Macklemore puts it, "The sneakerheads would be like, ‘Ah, he got the velcros.'" AS 1-7 p.m. 5 Hot Metal St., South Side. $20-25. 412-212-3263 or www.pittsburghsneakerconvention.com

Art plus cocktails? Don't mind if we do. Tonight, the Ladies United for the Preservation of Endangered Cocktails presents its third annual all-women art show. The local talents featured include Yelena Lamm, Christiane Leach, Suz Pisano, Sam Thorp and CP's own Heather Mull. Plus, there'll be a tasty classic cocktail. Admission to Steel City Sisters in Art, at Monk's, in Lawrenceville, is free, and proceeds from all sales go directly to the artists. BO 6-10 p.m. 3634 Penn Ave., Lawrenceville. See LUPEC Pittsburgh's Facebook page for info.

The PearlArts Studios Salon Series offers art-lab presentations in an intimate setting. Tonight, adventuresome choreographer Maree ReMalia offers an in-process showing of The Ubiquitous Mass of Us. Come early (starting at 7 p.m.) to meet the cast and collaborators, tour artist Blaine Siegel's nearby studio, win prizes in a scavenger hunt and more. Bolder viewers can even join the cast for a 6:30 p.m. warm-up (no experience necessary). The show will premiere in June. BO 8 p.m. 201 N. Braddock Ave. (sixth floor), Point Breeze. $10-15. www.pearlartsstudios.com

The popular Dork Diaries series for young readers — all about 14-year-old Nikki Maxwell — is a family affair. The primary writer is Rachel Renée Russell, and her collaborators — contributing writer Erin Russell and illustrator Nikki Russell — are her daughters. In advance of the next installment, Tales From a Not-So-Glam TV Star, the women visit the Authors. Stories. You. series, at Carnegie Library Lecture Hall. The Pittsburgh Arts & Lectures event includes an audience Q&A, a book-signing and a popcorn bar. BO 2:30 p.m. 4400 Forbes Ave., Oakland. $5-10 (free for kids under 3). 412-622-8866

Please Turn Your Cell Phones ON! is what IonSound is calling today's concert. The contemporary-music ensemble upends standard concert etiquette by inviting audience members to comment instantly on the performance via Facebook, Twitter and Instagram. Selected comments and photos will be projected for all to see. Oh, incidentally, the six-member group (piano, violin, cello, flute, clarinet) performs a program including works by John Mackey and Michael Torke — and it's asking patrons to pre-load their phones with photos that evoke Arvo Pärt's "Spiegel Im Spiegel" so they can be projected during the performance. BO 7 p.m. Bellefield Hall Auditorium, 315 S. Bellefield Ave., Oakland. $10-15. www.ionsound.org

A distinguished guest and a hometown talent feature at the latest installment of the Human Equity through Art Performance Series. Tim Seibles is an acclaimed, Virginia-based poet whose latest collection, Fast Animal, was a finalist for the 2012 National Book Award. Yah Lioness Borne (pictured), founder of Big Juicy Records, is a recording artist and a longtime presence on the local music and performance-poetry scenes. Both performers were invited to the New Hazlett Theater because they second HEArt's mission to use art to further social justice and reform. BO 7:30 p.m. 6 Allegheny Square East, North Side. $10-15. www.newhazletttheater.org