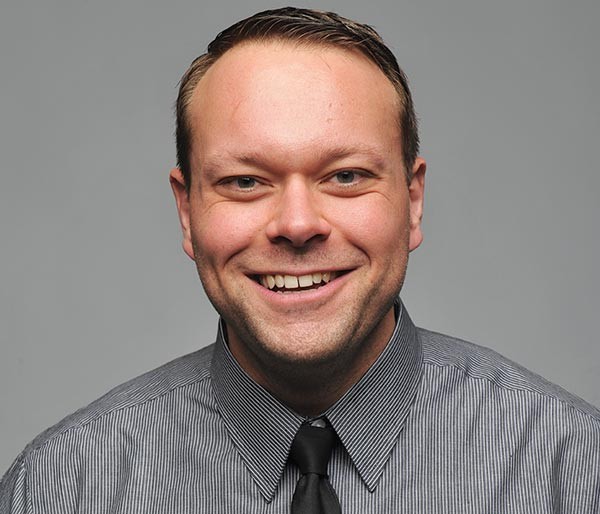 Aaron Kleiber is in Philadelphia, prepping to portray an historical figure (he can't divulge which one) in his latest Pennsylvania Lottery commercial. Kleiber also has a burgeoning career as a touring standup comic: After just six years in the game, the Munhall resident is working as far afield as Los Angeles. He's even headlining in smaller cities (Youngstown, Harrisburg), and last year placed fifth against national competition at Montana's Big Sky Comedy Festival. But Kleiber's next career milestone is a home game: On March 12-15, he'll become that rare Pittsburgh-based comedian to headline a full weekend, with six shows at the Pittsburgh Improv. "A lot of people don't realize the path you have to take to be a headliner at a club two miles from your house," he quips. The Steel Valley High grad, age 33, works hard in Pittsburgh's burgeoning comedy scene, too, hosting two open mics and often guesting at Downtown's Arcade Comedy Theater. And being a father (his third kid was born Feb. 12) is merely grist for the mill. "That's all my comedy," he says of family life. "I can only talk about what I know." He adds, "It's kind of unbelievable to be the guy on the marquee. ... I'm sitting here telling diaper jokes and people give me a check. It's crazy." Bill O'Driscoll March 12-15. 166 E. Bridge St., The Waterfront, West Homestead. $15-17412-462-5333 or www.pittsburgh.improv.com

For the first show of its inaugural season, demaskus Theater Collective stages Wine in the Wilderness, a 1969 play by iconic African-American playwright Alice Childress. The play, set during the Harlem race riots, explores how black men and women view each other. Demaskus strives to use theater to "make known the messages of the marginalized." Wine in the Wilderness, directed by demaskus founder and CEO Shaunda Miles, gets four performances this weekend at the Peirce Studio, in Downtown's Trust Arts Education Center. Bill O'Driscoll 7 p.m. Continues through Sun., March 15. 805-807 Liberty Ave., Downtown. $20-30. www.demaskus.com

Professor Eldritch's Asylum for Uncanny and Extraordinary Women is a new immersive-theater work that, at close quarters, introduces participants to what co-director Ayne Terceira calls "the cons and murderesses of history." Seven characters ranging from obscure to better-known, dating from ancient times to contemporary, roam a private home in Swissvale where they are mysteriously trapped, enacting "strange scenes and private moments." Only six participants at a time can experience the asylum, which is the brainchild of Uncumber Theatrics' Terceira (known for the interactive "estate sale" Her Things) and Abby Lis-Perlis, of newly minted Devious Maid Productions. The first of about 25 performances is tonight. BO 8 p.m. Show continues through April 4. Swissvale (address revealed with ticket purchase). $25 (18 and over). www.uncumbertheatrics.com

Start your engines, and may the best comic win! Tonight, Arcade Comedy Theater presents the second round of its Comedy Royale: Improv Madness Tournament. The short-form improv contest pits four players against each other in a gauntlet of comedy. The audience is the judge in this show featuring improv games and scenes. The two comics with the highest scores will join last week's winners in a final-four championship on March 20. Comedian Matt Hartman will serve as referee of this comedic version of March Madness. ZM 8 p.m. 811 Liberty Ave., Downtown. $10. 412-339-0608 or www.arcadecomedytheater.com

Phipps Conservatory takes "April showers bring May flowers" to new heights during its annual Spring Flower Show. The exhibit, which opens today, celebrates rain and the cycle of nature. Each room intertwines a unique water display with a variety of flora; one room contains dozens of multicolored umbrellas while in another, storm clouds rain drops into the ponds below. Seasonal favorites like tulips, hyacinths, daffodils and lilies, as well as rarer breeds of orchids and poppies, will be on display. ZM 9:30 a.m.-5 p.m. Exhibit continues through April 12. 1 Schenley Drive, Oakland. $11-15. 412-622-6914 or www.phipps.conservatory.org

Following a trip to Paris in 1886, Vincent van Gogh produced some of his most dynamically colorful works. One of these, "Still Life, Basket of Apples" is the focus of the new Carnegie Museum of Art exhibit, Visiting van Gogh. On loan from the St. Louis Art Museum, the still life can be seen as an experiment with color palette. Joining it are two other paintings by van Gogh, and one by Paul Signac. Together these works showcase the evolution of van Gogh's use of pigments and the neo-impressionist color that fascinated him. ZM 10 a.m.-5 p.m. Exhibit continues until July 6. 4400 Forbes Ave., Oakland. $11.95-17.95. 412-622-3131 or www.cmoa.org

French-born, French-trained artist Annette Poitau has exhibited her paintings in solo shows both in that country and throughout the U.S. Now based in Ohio, she continues to show regionally and nationally. Today's art talk is a good chance to check out Alchimie des Couleurs, her current show at Christine Frechard Gallery. The talk is followed by a reception. BO 5 p.m. Exhibit continues through March 27. 5871 Forbes Ave., Squirrel Hill. Free; RSVP at christinefrechardgallery@gmail.com.

Art criticism is often considered a lower-risk activity than creating art itself. But criticism remains intrinsic to the art world. New York Times critic Roberta Smith is viewed as among the most forthright in the field. Focusing on contemporary art, Smith has written for a variety of publications since the 1980s. She has also contributed essays to museum catalogs on artists including Donald Judd and Cy Twombly. Tonight, Smith visits the Carnegie Mellon University School of Art's lecture series. ZM 5 p.m. Kresge Theater, CMU campus, Oakland. Free. 412-268-2409 or www.cmu.edu/art