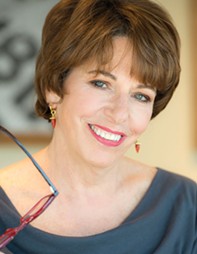 Nancy Moses has uncovered fascinating tales behind stuffy art history in her newest book, Stolen, Smuggled, Sold: On the Hunt for Cultural Treasures. Known to many for her award-winning 2008 book Lost in the Museum: Buried Treasures and the Stories They Tell, in her latest, Moses takes readers through the surprisingly winding (and often criminal) journeys cultural objects have taken, including a famous painting, a Lakota Ghost Dance shirt, North Carolina’s copy of the Bill of Rights and even a naked mummy. Moses lectures at the Carnegie Library of Pittsburgh tonight courtesy of Pittsburgh Arts & Lectures. Tyler Dague 6 p.m. 4400 Forbes Ave., Oakland. Free. 412-622-8866 or www.pittsburghlectures.org

Chris Hardwick is taking over. Whether you know him as host of Comedy Central’s buzzy game show @midnight, AMC’s fan-focused spinoff Talking Dead, or his own hit Nerdist podcast, Hardwick has added a standup tour to his busy schedule. The comedian, dubbed “the Ryan Seacrest of nerds,” takes his blend of pop-culture fandom and revealing, hilarious stories about his personal life out on the Id1ot Tour, which hits the Carnegie Library of Homestead Music Hall tonight. TD 7 p.m. 510 E. 10th Ave., Munhall. $37.50. 877-435-9849 or www.librarymusichall.com

On the one hand, sings Lola (memorably played by Pittsburgh’s own Billy Porter) in the hit musical Kinky Boots, “The sex is in the heel.” On the other, high heels kinda torture feet and spines. On the third hand, there’s footwear as art object: That’s where Killer Heels: The Art of the High-Heeled Shoe comes in. The traveling exhibit organized by the Brooklyn Museum showcases 150 historic and contemporary heels, including often fantastical designs by names like Balenciaga, Louboutin, McQueen and Prada. It opens today at the Frick Art Museum, and note: Unlike most Frick exhibits, this one has an admission fee. BO 10 a.m.-5 p.m. Exhibit continues through Sept. 4. 7227 Reynolds St., Point Breeze. $12. 412-371-0800 or www.thefrickpittsburgh.org

Won’t you be my neighbor? Daniel Tiger’s Neighborhood, TV’s animated spiritual successor to Fred Roger’s beloved children’s program, comes to the Children’s Museum in the form of the all-new exhibit Grr-ific. Featuring a wealth of options for creativity such as costumes, masks, custom blocks and musical instruments, the exhibit lets visitors step into the Neighborhood of Make-Believe and Daniel’s house. The opening weekend will feature special appearances by Daniel Tiger himself. TD 10:30 a.m.-5 p.m. Exhibit continues through Jan. 17. 10 Children’s Way, North Side. $13-14 (children under 2 are free). 412-322-5058 or www.pittsburghkids.org

There’s still time to register for the inaugural Scavenge the Strip scavenger hunt, starting at the Heinz History Center and continuing throughout the Strip District. Whether in teams of two or four or testing their clue-solving skills solo, searchers take photos at each site and post them to social media for a chance to win prizes. Scavenge the Strip ticket sales support Sister’s Place, a housing community assisting homeless families in Southwestern Pennsylvania. TD 11 a.m.-2 p.m. 1212 Smallman St., Strip District. $25-75. 412-233-3903 or www.scavengethestrip.com

“I just went to the doctor,” says Alex Stypula. “He told me I have to stop cutting myself: ‘I see you got all these deep cuts and lacerations all over your body.’ And I was just like, ‘Well, you find the microchips, asshole!’” The touring, Pittsburgh-based comic, whose sensibilities run toward the dark side, records his new live album tonight at Club Café. The late show is hosted by John Dick Winter, with special guests Felicia Gillespie and Tim Ross. BO 10:30 p.m. 56 S. 12th St., South Side. $10 (21 and over). 412-431-4950 or www.clubcafelive.com

For a certain breed of fan, few Pittsburgh sports legacies are more cherished than that of Dock Ellis’ 1970 no-hitter, which the late Pirates pitcher famously threw on LSD. Today, Hyperboy Media, hardball blog Since1887.com and The Josh Gibson Foundation mark the anniversary of that amazing game with the inaugural Dock Ellis Day Celebration, at Culture Restaurant. Ellis was an outspoken advocate for the rights of African Americans and athletes, as covered in No No: A Dockumentary, Jeff Radice’s feature-length 2014 profile of Ellis. A No No screening is followed by a panel discussion featuring Ellis’ agent, Tom Reich; proceeds benefit the Gibson Foundation. BO Noon-4 p.m. 130 Seventh St., Downtown. Suggested donation: $17. www.Since1887.com

Actor, comedian, author and radio host Jay Mohr did his first standup session at age 16. Joined the Saturday Night Live cast when he was only 23. Was cast alongside Tom Cruise in Jerry Maguire at 26. And starred with Jennifer Aniston in Picture Perfect one year later. Despite decades in movies, television and radio, Mohr has never left standup behind, continuing to tour regularly. Mohr comes to Pittsburgh Improv for a special one-night comedy event. TD 8 p.m. 166 E. Bridge St., The Waterfront, Homestead. $27. 412- 462-5233 or www.pittsburgh.improv.com