Last year, Melissa Hiller, director of Pittsburgh's American Jewish Museum, was entranced by the work of a local artist she'd never heard of: Susan Winicour, who had died in July, at age 74. Winicour's work was brought to Hiller's attention by her predecessor at the museum, artist Leslie Golomb. Winicour specialized in printmaking, and during one period of her life spent up to half of each year in Germany, studying that medium. Winicour was also deeply influenced by German expressionism; what struck Hiller was how Winicour depicted human interaction. Winicour's work is "very much about the bizarreness of relationships and how hard it is for people to relate to each other," says Hiller. Starting Jan. 11, the museum (housed in the Jewish Community Center), hosts The Circus of Life: Work by Susan Winicour. The exhibition includes 27 works on paper, both prints and acrylic paintings, mostly from the past two decades. While some of Winicour's works are literally set at the circus, Hiller titled the exhibit with broader themes in mind: "It's about the circus of relationships and interaction, and the way we entertain for one another or have masks for different situations." At the family-friendly opening reception, Ben Sota, of Pittsburgh's Zany Umbrella Circus, will perform a new work inspired by Winicour's images. Bill O'Driscoll 6-8 p.m. Sat., Jan. 11 (performance at 7:15 p.m.). 5738 Forbes Ave., Squirrel Hill. Free. 412-521-8011 or www.jccpgh.org 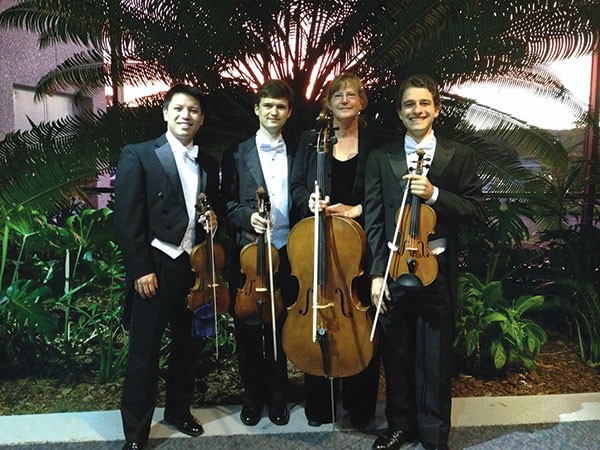 Edgar Allan Poe was successful in his lifetime, and more than two centuries after his birth, he still ranks among the most influential American writers. But the circumstances of Poe's death, at age 40, remain a mystery. The latest to speculate on the demise of the man who wrote "The Tell-Tale Heart" and "The Raven" is Pittsburgh-based actor David Crawford. Crawford, best known as "Dr. Foster" from Night of the Living Dead, wrote and stars in Poe's Last Night, a new one-man show opening tonight at Pittsburgh Playwrights Theatre Co. BO 8 p.m. Show continues through Jan. 19. 937 Liberty Ave., Downtown. $20-30. www.pghplaywrights.com

After the hype of holiday blockbusters, slow down at the Hollywood Theater with the Rural Route Film Festival, a touring short-film program whose works highlight the people and places outside of the big city. (Rural Route is based in New York City, but its founders are from Iowa.) Works are documentary, narrative, experimental or archival, and this year's program of 11 films features: reindeer-herding in Finland; the Northern Lights; birds-nest cams; two Native American brothers who ride in demo derbies; and 1950s Kodachrome footage from the Country Music Hall of Fame. Al Hoff 4 and 7 p.m. 1449 Potomac Ave., Dormont. $7. 412-563-0368 or www.thehollywooddormont.org

Could you use some positive energy? Could the world use "blessings of peace and compassion"? Such is the Pittsburgh Tibetan Cultural Center's promise regarding construction of its Chenrezig sand mandala at Spinning Plate Gallery. Visitors have a rare opportunity to observe the creation of this traditional artwork, by the Center's resident lama, Khenpo Choephel, and visiting Lama Konchak Sonam. The opening ceremony is this morning, and you can watch the process daily all week long. On Jan. 18, the sand is ceremonially deposited into a body of moving water. BO 11 a.m. Also 9 a.m.-5 p.m. daily through Jan. 18. Also: Meditation and talk (7 p.m. Wed., Jan. 15); long Chenrezig practice (7 p.m. Fri., Jan. 17); and dissolution ceremony (11 a.m. Sat., Jan. 18). 5720 Friendship Ave., Friendship. Free. www.threeriversdharma.org

In Stuck, Floyd's kite gets stuck in a tree. And everything he throws to loosen the kite gets stuck, too. His shoes. His cat. The kitchen sink. An orangutan. Bring the kids to this show by the U.K.'s Big Wooden Horse Theatre Company to learn how he gets out of this sticky situation. Pittsburgh International Children's Theater presents the local premiere today at the Byham Theater, followed by performances at five area schools. Angela Suico 2 p.m. (101 Sixth St., Downtown). Continues through Sun., Jan. 19 (various locations). $9.50-11 (free for children 2 and under). 412-456-6666 or www.trustarts.org

The touring production of Wicked lands in Pittsburgh. A three-weeks-plus engagement starts tonight at the Benedum Center, courtesy of PNC Broadway Across America. With a book by Winnie Holzman and music and lyrics by Stephen Schwartz, this Tony-award-winning hit musical — a Wizard of Oz prequel — focuses on Elphaba, the green-skinned young outcast who grows up to be the Wicked Witch of the West. She and Glinda the Good Witch become unlikely friends, and the show captures their evolution into two very different women. AS 7:30 p.m. Continues through Feb. 9. 803 Liberty Ave., Downtown. $39-149. 412-456-2600 or www.trustarts.org

"On a nice day," says Adam Eisenstat, speaking of Lawrenceville, "the neighborhood seems luminous." The writer and photographer (who notes that his surname means "iron city") is an enthuasiast for walking Pittsburgh. He describes his presentation Hidden Lawrenceville: An Exhilarating Sphere of Living History as a folk history, "combining strands of autobiography & psychogeography; where industrial anthropology & candid photography meet on the street, down by the waterfront, and wherever the thrall of enigma beckons." The lecture-with-photos launches the Lawrenceville Historical Society's 2014 lecture series. BO 7 p.m. McKey Auditorium, Canterbury Place, 310 Fisk St., Lawrenceville. Free. www.lhs15201.org

According to the San Francisco Chronicle, writer Zarina Zabrisky is "a sensation," known for her "raucous readings" and loyal followers. Born in the Soviet Union, and with a résumé that includes stints as a street artist, oilfield translator and kickboxing instructor, she's author of two short-story collections. Her new novel, We, Monsters (Numina Press), is about a soccer mom who becomes a dominatrix in hopes of writing a novel. The acclaimed, San Francisco-based Zabrisky tops the bill at Cold Hands, Hot Writers. Other readers at Brillobox include Berkeley, Calif.-based writer and poet Simon Rogghe, local poet Laura Warman and the event's organizer, Karen Lillis, who runs pop-up indie-press bookstand Small Press Pittsburgh. BO 7:30 p.m. 4104 Penn Ave., Bloomfield. Free. eyescorpion@gmail.com