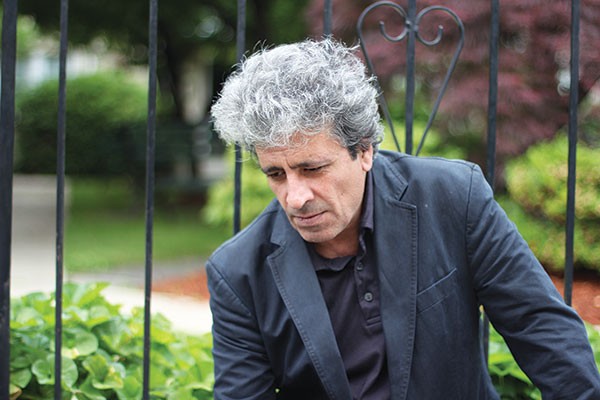 Like many writers hosted by City of Asylum/Pittsburgh, Shahriar Mandanipour was acclaimed in his own country ... until he wasn't. Mandanipour, 57, was born in Iran and for years lauded for his fiction, nonfiction and essays; he won awards for everything from a children's novel he wrote to his film criticism. But in 2006, a new regime at home cracked down on free expression; Mandanipour, then serving a fellowship at Brown University, has yet to return to his homeland. (In 2007, the monthly Iranian literary journal he had edited for years was banned.) But Mandanipour's literary fortunes — internationally, at least — have only risen since. His first novel to appear in English, 2009's Censoring an Iranian Love Story, was critically acclaimed and has been translated into 11 other languages. The novel weaves together the story of two young lovers and the story of a writer trying to write a romance that will get past censors. England's The Guardian called it "a brilliant novel about the complexities of writing and publishing in Iran." Mandanipour, who last read in Pittsburgh in 2010, has also been a writer in residence at Harvard Univesity and a visiting professor of literary arts at Brown. He reads Jan. 13 in a salon-style event at City of Asylum. Bill O'Driscoll 7:30 p.m. (7 p.m. reception). 330 Sampsonia Way, North Side. Free. Seating is limited; reserve at 412-323-0278 or www.cityofasylumpittsburgh.org.

Still renovating its home building, The Westmoreland Museum of American Art continues its series of pop-up exhibitions in temporary space @rt 30. Tonight is the opening reception for Thrust Excavation, Chris McGinnis' "drawings, paintings and layered objects inspired by physical deformation modeling, a process used by geologists to model land formations." McGinnis, an assistant professor at Indiana University of Pennsylvania, is an area native with national and international exhibitions to his credit. This show continues what he calls his "investigation of geological time and the scientific knowledge that enables mineral extraction." BO 5-7 p.m. Exhibition continues through Feb. 1. 4764 State Route 30, Greensburg. $7. www.wmuseumaa.org

You know them; maybe you are them: kids just out of college who can't seem to make life go their way. Losing in Gainesville is Brian Costello's new take on the theme, tracking a year in the life of several characters in that Florida town circa 1996. The protagonist is Ronnie Altamont, a struggling writer and musician. Costello — last seen in Pittsburgh with his rock band, Outer Minds — is himself a Central Florida native who's lived in Gainesville. Kirkus Reviews calls the book "a rock-and-roll fable about the secret lives of the unsatisfied." The Chicago-based author reads tonight at Big Idea Book Store as part of the Curbside Splendor Tour, courtesy of that indie publisher. BO 7 p.m. 4812 Liberty Ave., Bloomfield. Free. 412-687-4325

It seems like a long way till June, and the 56th annual Dollar Bank Three Rivers Arts Festival. But now is when the Pittsburgh Cultural Trust fest starts choosing its lineup of visual and performing artists. If you'd like a shot at the Artist Market, the Juried Visual Art Exhibition, stage time or festival special projects, you have until Feb. 1 to apply. This year's theme is "Unseen/Unheard," addressing the expression of "narratives that are not heard, or are marginalized." To help you get started, the festival holds this morning's artist information session at the Greater Pittsburgh Arts Council offices. The session, like the fest itself, is free. BO 10-11:30 a.m. 810 Penn Ave. (seventh floor), Downtown. Free. Register at www.pittsburghartscouncil.org.

Determine precisely how much fun a barrel of Amish Monkeys might be as the long-running improv troupe stages its first show of the new year. The Monkeys perform monthly at Gemini Theater, in Point Breeze, but tonight's show has a seasonal theme, with a song about the "New Year blues." Comedy games include Animal Family Feud. BO 8 p.m. 7501 Penn Ave., Point Breeze. $9. 412-243-5201 or www.amishmonkeys.com 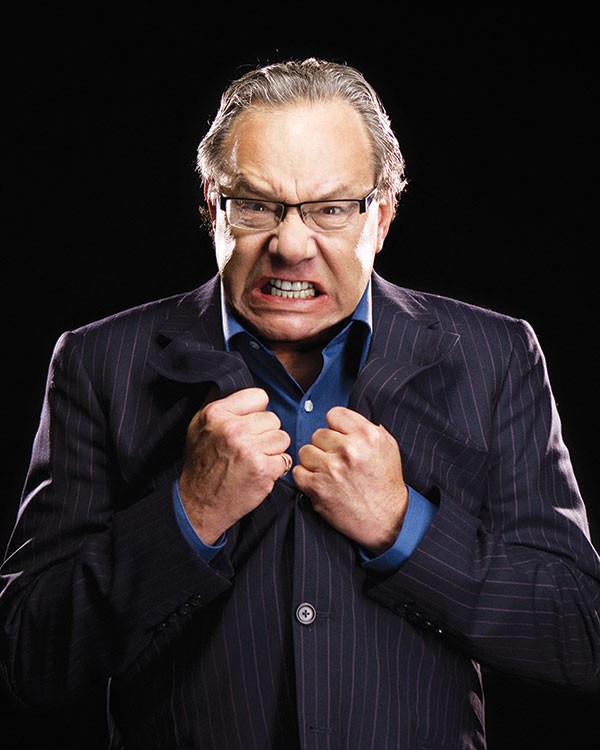 Lewis Black has made a career out of apoplexy. Who else would name his fan club the Frustrated Union of Cynical Kindreds Universal? (It's an acronym.) What other comic explodes in pop-eyed rage over Black Friday, climate-change-denying politicians and other such civilizational discontents? The grimacing, gravelly-voiced comic whose big break came on The Daily Show is on a national tour called The Rant Is Due Part Deux. It stops at Heinz Hall tonight. BO 8 p.m. 600 Penn Ave., Downtown. $39.50-75. 412-392-4900 or www.pittsburghsymphony.org

One mark of an outdoors person is the ability to identify trees. Beyond your obvious oaks and maples, that can be hard enough in the summer, when those distinctive leaves are everywhere. At this time of year, it might seem nearly impossible. But Venture Outdoors claims it's easier than you think. Follow ecologist Henry Schumacher on the group's Winter Tree ID Walk, today in Frick Park. The easy two-hour jaunt should give you a new connection to nature, or at least keep you from, erm, barking up the wrong tree. BO 10 a.m. Frick Park. $10. Pre-register at www.ventureoutdoors.org.

Barnyard animals, including cows, protest their working conditions — with typed messages — in Click, Clack, Moo. The hour-long musical for ages 4 and up is Theatreworks USA's stage adaptation of the award-winning picture book by Doreen Cronin and artist Betsy Lewin. Pittsburgh International Children's Theater presents the production, whose six-person cast of characters includes Farmer Brown, cows named Darlene and Loretta, hens and a duck. The celebration of bovine pride is in town for eight performances — one today, at the Byham Theater, and seven through next Sunday at five area public schools. BO 2 p.m. (101 Sixth St., Downtown). Show continues Jan. 14-18 (various locations). $9.50-11. 412-456-6666 or www.trustarts.org

Duquesne University series Beethoven on the Bluff continues exploring the composer's late works with today's concert. The three sonatas on the program include one for piano and violin that Beethoven wrote for his friend and teacher Antonio Salieri, and the final two he composed for cello and piano. Pianist David Allen Wehr (pictured), of Duquesne's School of Music, is joined by guest artists Noah Bendix-Balgley — a violinist and Pittsburgh Symphony Orchestra concertmaster — and PSO principal cellist Anne Martindale Williams. The concert is free, but a donation is requested. BO 3 p.m. PNC Recital Hall, Mary Pappert School of Music, Duquesne campus, Uptown. Suggested donation: $10. 412-396-6083 or www.duq.edu/musicevents

It's wise to be wary when someone's press materials tout him as a "musical genius." But Mike Silverman, a.k.a. That1Guy, might have the accolades to back it up. Using an odd-looking hybrid instrument he calls The Magic Pipe, this solo performer makes electronic beats stacked with everything from catchy novelty numbers like "Packs a Wallop!" to the almost new-agey prog of "Whale Race." The San Francisco Bay Guardian praised his "eargasms"; Bass Player magazine called him "a one-man band plucked from the pages of Dr. Seuss." He also works in magic tricks. A seven-week national tour brings this music-festival regular to Club Café tonight. DJ Feels Goodman opens. BO 8 p.m. 56 12th St., South Side. $15. 412-431-4950 or www.clubcafelive.com

Bizarre Drag Bowling with Brooklyn & VyVyan is more a performance than it is a night at the lanes (though it's that, too). The monthly event at Crafton Ingram Lanes features a show by drag queens and kings alongside actual bowling. The establishment offers BYOB privileges. A VIP ticket includes the lanes' unlimited "cosmic bowling" experience and other perks. BO 7:30 p.m. (show at 8:30 p.m.). 252 Crafton Ingram Shopping Center, Crafton. Drag show only: $6. General admission: $12 (VIP: $16). www.dragqueenbowling.com