Brahman/i at Quantum Theatre; Vanessa German at Concept Gallery; Corita Kent at the Warhol; Alba Flamenco at the Kelly-Strayhorn

The title of Quantum Theatre's new show, Brahman/i, a one-hijira stand-up comedy show, requires some explanation. "Brahman" and "Brahmani" are the male and female names, respectively, of the main character, the child of immigrants from India who was born an hijira, or intersex person. But the play, part one of playwright Aditi Brennan Kapil's "Displaced Hindu Gods" trilogy (here, cosmic spirit Brahma), is indeed structured like a nightclub routine exploring history, mythology and gender as "B." grows from childhood to adulthood. The production's Los Angeles-based director, Shishir Kurup — himself Indian-born and partly Kenya-raised — was drawn both to Brahman/i's form and content. He's intrigued by standup both as a cultural outlet for truth-telling and social criticism, and as a "high-wire act." And he's fascinated by the opportunity afforded his New York-based star, Sanjiv Jhaveri (pictured), to tell stories as the chameleonic B. During the 90-minute show at a Garfield community center — a former church temporarily repurposed by Quantum as the Temple of Comedy (complete with complementary Indian beer and snack) — B. will embody a dozen diverse characters, inspiring us to rethink our identities: national, ethnic, gender. "One of the powerful things about this piece," says Kurup, "is the questioning of labels." Bill O'Driscoll Jan. 30-Feb. 22. Bloomfield-Garfield Community Center, 113 N. Pacific Ave., Garfield. $18-49. 412-362-1713 or www.quantumtheatre.com

Just a few years ago, Vanessa German was best known for her riveting spoken-word performances and her "Stop Shooting We Love You" yard-sign campaign. But now she's similarly acclaimed for her visual art, like the work in the Pittsburgh Center for the Arts' 2012 Emerging Artist of the Year exhibit. Her latest exhibition, Vanessa German: The Ordinary Sacred, opens tonight with a free reception at Concept Gallery. Her new found-object pieces continue her explorations of African-American history, racism, the impact of violence and more. Bill O'Driscoll 6-8 p.m. 1031 S. Braddock Ave., Edgewood. Free. 412-242-7443 or www.conceptgallery.com

With full costuming, staging and orchestra, Undercroft Opera performs Strauss' classic operetta Die Fledermaus. In a true comedy of errors, the opera follows Eisenstein, a man of questionable character; his clever wife, Rosalinda; their chambermaid, Adele; and friend-turned-adversary Dr. Falke as they attend a New Year's Eve ball in disguise. Set in the 1970s, this far-out production is performed with a groovy flair and features all local talent. A four-performance run at Carlow College's Antonian Theater opens tonight. Zacchiaus McKee 7 p.m. Continues through Sun., Feb. 1. The Antonian Theater, 3333 Fifth Ave., Oakland. $15-38. 412-422-7919 or www.undercroftopera.org

A reprise worth catching opens tonight at Off the Wall. Underneath the Lintel is Glenn Berger's critically acclaimed one-man play about a timid librarian who's sent on a world-girdling journey by the anonymous return of a book 113 years overdue. The show premiered locally a year ago at 12 Peers Theater; seasoned actor Randy Kovitz returns in the title role for three performances. Wrote CP critic Ted Hoover of last year's staging: "There's not a second of this 80-minute intermissionless play that you're not swept up in the journey." BO 8 p.m. Also 8 p.m. Fri., Jan. 30, and 8 p.m. Sat., Jan. 31. 25 W. Main St., Carnegie. $5-30. 888-718-4253 or www.insideoffthewall.com

It's always about love, isn't it? In a fully immersive multimedia performance, Chipping Smooth tells the story of the growth and change of a boy and girl in love amidst life's emotional transitions. Combining spoken word, poetry, video projections, Shakespeare and live music, the show is an experience in narrative and performance. Future Tenant, in partnership with Pinnacle Productions, hosts three intimate performances starting tonight, with locals Julia Maxwell and John McGovern in the main roles. ZM 8 p.m. Also 2 and 8 p.m. Sat., Jan. 31. 819 Penn Ave., Downtown. $10 suggested donation. 412-325-7037 or www.futuretenant.org

Serigrapher Corita Kent was not your typical artist; she might have been the world's only hippie Catholic nun printmaker. The Andy Warhol Museum launches its latest exhibition, Someday Is Now: The Art of Corita Kent. Gaining prominence in the 1960s, Sister Mary Corita mixed bold imagery and provocative text drawn from pop culture to evoke messages of peace and love. Combining themes of politics and faith, her work helped establish printmaking as a medium. While other exhibitions have focused on her graphics, Someday Is Now is the first major museum show to survey Sister Corita's entire 30-year career. The free opening reception is tonight. ZM 7-10 p.m. Exhibit continues through April 19. 117 Sandusky St., North Side. 412-237-8300 or www.warhol.org 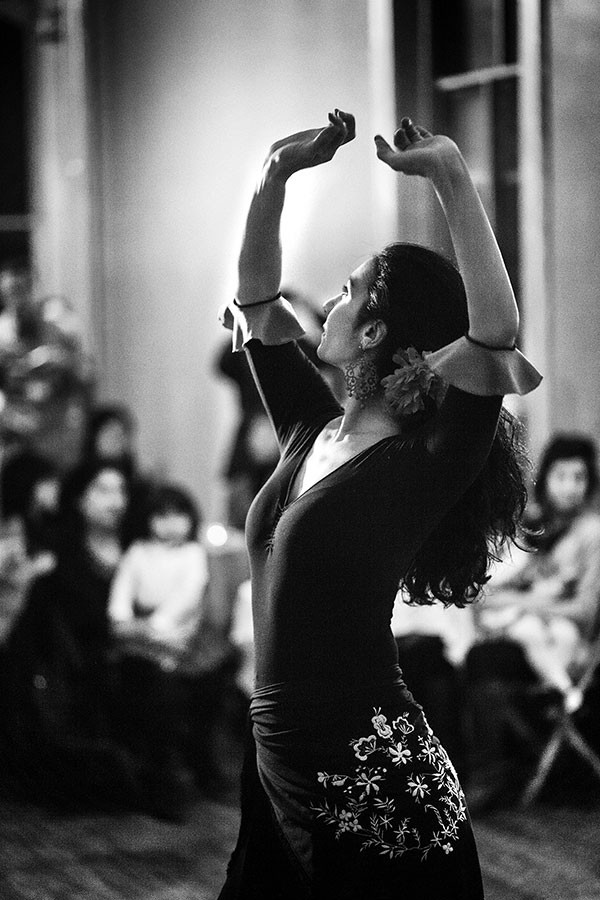 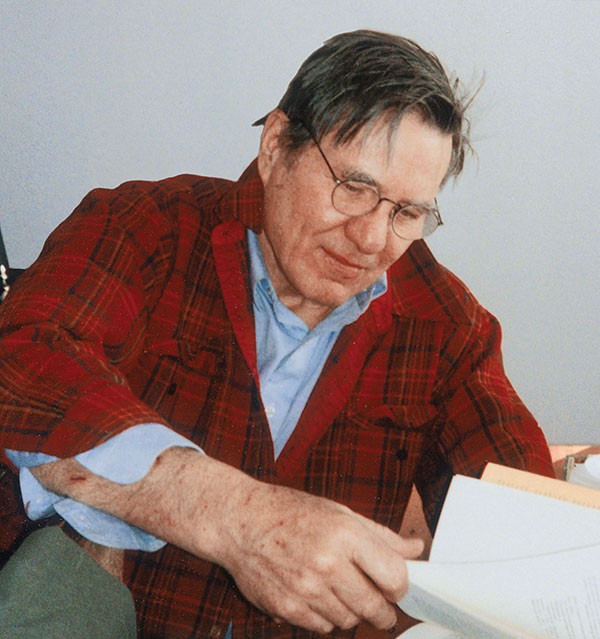 "It felt like a really big jetliner had passed through the creative-writing program at Pitt," says Michael Schneider, recalling the year when Galway Kinnell was a visiting professor at the school. That was 1983, the same year Kinnell won the Pulitzer Prize and shared the National Book Award, both for his Selected Poems. But following Kinnell's death this past October, at age 87, Schneider most remembers the acclaimed poet's impact on students like him. The influence was a product of his teaching and writing, but also of the character of a man who in the 1960s had been jailed in Louisiana for his civil-rights activism, and who, among other causes, had been a passionate voice against the Vietnam War. "I have always intended to live forever; / but not until now, to live now," wrote Kinnell in "The Seekonk Woods." Kinnell's Pittsburgh connections also included a 1967 residency at the International Poetry Forum, and three readings there over the years. Tonight, Schneider presents a who's-who of local poets in the Galway Kinnell Memorial Reading, at East End Book Exhchange. Reading from Kinnell's work are 10 poets including Terrance Hayes, Jan Beatty, Lynn Emanuel, Ed Ochester and Michael Wurster. BO 7-9 p.m. 4754 Liberty Ave., Bloomfield. Free. 412-228-2847 or www.eastendbookexchange.com

Don't get to the symphony? The Pittsburgh Symphony Orchestra brings a little of itself to you. Play N' At, a Tuesday chamber-music series set for happy hours at local gathering spots, premieres tonight. Play N' At includes special classical-music-themed cocktails and other refreshments, door prizes, discounts for Heinz Hall concerts and more. Tonight's free kick-off, at Franktuary in Lawrenceville, features performances by two small ensembles, including a bass duet. Forthcoming dates, both ticketed, are Feb. 17 (Livermore, $10) and March 3 (Wigle Whiskey, North Side, $10). BO 5-7 p.m. 3810 Butler St., Lawrenceville. Free. www.pittsburghsymphony.org

When George Kuchar died, in 2011, John Waters told the New York Times that Kuchar and his twin brother, Mike, were "the people who made me want to make movies." While Waters eventually went mainstream, the Kuchars remained happily underground; George's hundreds of no-budget Hollywood spoofs and other films and videos helped define camp and diary films starting in the 1960s. Tonight, Anthology Film Archives' Andrew Lampert visits the Carnegie Museum of Art to read from Kuchar's notebooks and to screen four of his rarely seen 16 mm shorts, including "Eclipse of the Sun Virgin" (1967) and 1981's "Yolanda." Towering Turrets of Tomorrow Land: The Films and Writings of George Kuchar is free. BO 6:30-8 p.m. 4400 Forbes Ave., Oakland. 412-622-3212 or www.cmoa.org