Behind the façade of one of Pittsburgh’s best-known podcasters beats the heart of a frustrated game-show host. So to celebrate the 100th episode of Marta on the Move, Marta Mazzoni presents Marta Match: A Throwback of The Match Game, in which the podcaster pays homage to that classic game show. “It felt like more than a game show to me. It felt like a bunch of people hanging out and having a good time,” says Mazzoni. It was back in college that she fell in love with 1970s reruns of the show, with host Gene Rayburn asking celebrity panelists like Betty White and Charles Nelson Reilly to complete coyly naughty fill-in-the-blank questions (“Johnny always puts butter on his [blank]”).

The event will be recorded live for playback as the podcast’s 100th episode, on Jan. 7. Mazzoni, of course, will host. Though her podcast guests have included current Match Game host Alec Baldwin, Mazzoni doesn’t see many parallels between podcast hosts and game-show emcees. However, she is culling some Marta Match questions from Match Game classics. And interviewed last week, she said her wardrobe was set: “I’ve got my suit jacket.” 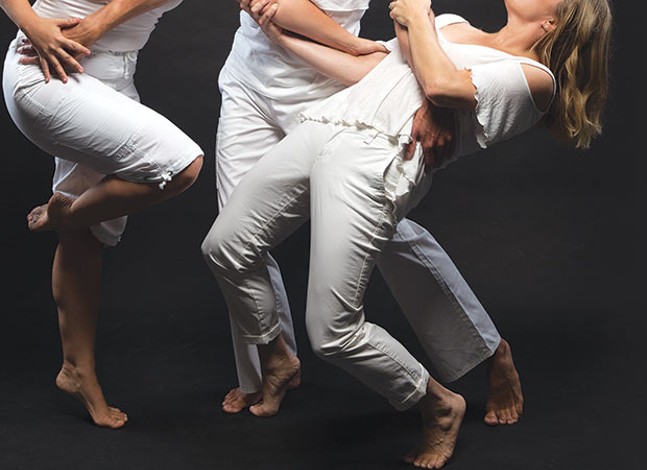 The Missing Peace, a new full-length work from Shana Simmons Dance, gets a work-in-progress showing at The Kelly-Strayhorn Theater’s Alloy Studios, in Friendship. The work, inspired by and dedicated to people affected by Alzheimer’s, suicide, and struggles with self-identity, is choreographed and performed by Jamie Erin Murphy, Brady Sanders and Shana Simmons. After tonight’s showing, hop across Penn to Primanti Bros. for a post-performance discussion. Missing Peace is set to premiere in March. Bill O’Driscoll 7 p.m. 5530 Penn Ave., Friendship. Pay-what-makes-you-happy. www.facebook.com (“missing peace works”)

Friday-night admission to The Andy Warhol Museum is half-price year-round, but this month you’re luckier still: Starting tonight, admission for the museum’s weekly Good Fridays event is free all month long, courtesy of UPMC Health Plan. With DJ music and the museum’s bar, the atmosphere is loungey, and the whole joint is open, including the permanent exhibits on Warhol’s own life and work. It’s also the last days to see Farhad Moshiri: Go West, featuring work by the contemporary Iranian artist. That exhibit closes Jan. 14. BO 5-10 p.m. 117 Sandusky St., North Side. Free. 412-237-8300 or www.warhol.org 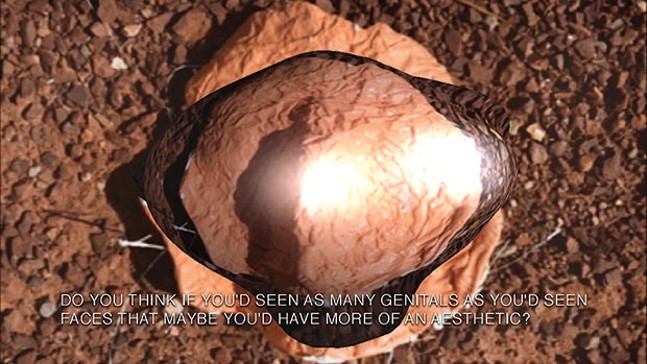 Unblurred, the first-Fridays arts showcase, powers into January with more than a dozen venues along Penn Avenue asking you to brave the cold (and then come in out of it). For example: Bunker Projects holds the opening reception for Pretend Ones, Suso Phizer’s audio and video installation compiling monologues of people in Pittsburgh, Philadelphia and New York City talking gender, sexuality, sexual normalization and more. (At 2 p.m. Sat., Jan. 6, there’s an artist Q&A with Phizer, a Philadelphia-based artist who recently completed a two-month residency at Bunker.) BOOM Concepts has drawings by Paul Peng. Assemble continues HyperLocal, its annual showcase for local artists and makers, and Silver Eye Center for Photography continues solo shows by Tarrah Krajnak and Tabitha Soren. BO 6-11 p.m. 4800-5500 Penn Ave., Bloomfield/Friendship/Garfield. Free. www.pennavenue.org

In 2017, we needed all possible laughs in the face of grimness that we could find, with bonus points for insight and empathy. One consistent voice — and one of the few we hear from an African-born person of color — belongs to Daily Show host Trevor Noah. On the heels of last year’s Comedy Central standup special Trevor Noah: Lost in Translation, and his best-selling 2016 memoir Born a Crime: Stories From a South African Childhood — and just ahead of his new Netflix special Afraid of the Dark — Noah is on a standup tour that hits Heinz Hall tonight. The early show is sold out, but at press time tickets remained for the late slot. BO 7:30 and 10 p.m. 600 Penn Ave., Downtown. $39.50-75. 412-392-4900 or www.pittsburghsymphony.org 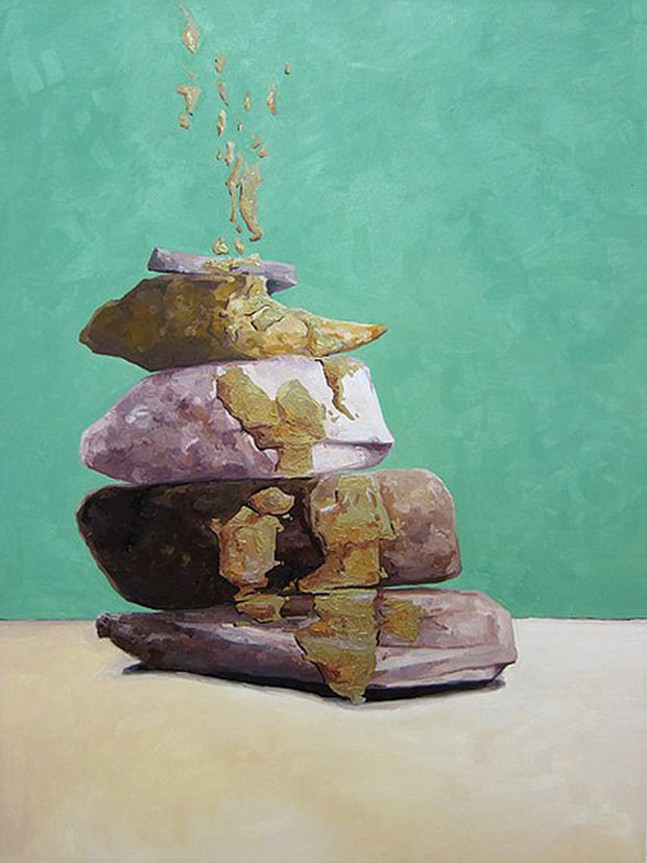 It’s the final days for the Pittsburgh Society of Artists Guild’s 52nd annual exhibition. The PSA has more than 400 artist-members working in all media and living within 150 miles of Pittsburgh. The non-themed, juried show at The Artsmiths of Pittsburgh, in Mount Lebanon, includes 31 works by 30 artists. The juror is Pittsburgh-based artist and cultural producer Casey Droege. BO 10 a.m.-6 p.m. Exhibit continues through Jan. 13. 1635 McFarland Road, Mount Lebanon. Free. 412-341-2299 or www.pittsburghsocietyofartists.com 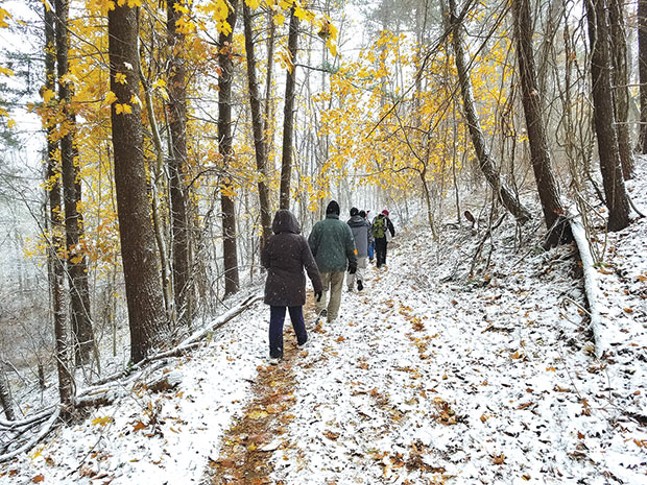 Skippyjon Jones is one of those cats who thinks he’s a dog, only he’s also the hero of a popular picture-book series by Judy Schachner. And the Siamese who identifies as a Chihuahua also stars in Skippyjon Jones Snow What, Theatreworks USA’s latest musical adaptation of a book in that series. Kids ages 3 and up are the audience for this presentation in the Citizens Bank Children’s Theater Series, which finds Skippyjon off on his own adventure inspired by the story of Snow White and the Seven Dwarfs. Today’s matinee, at the Byham Theater, is followed by a Monday-morning show at the Byham and then seven more performances through next Sunday, at one of five area middle or high schools. BO 2 p.m. (101 Sixth St., Downtown). Continues through Jan. 14 (various venues). $10.50-12. 412-456-6666 or www.trustarts.org

Any chance to catch a film by Akira Kurosawa on the big screen, you ought to take it. But there’s an additional enticement to see 1958’s The Hidden Fortress, by the Japanese master who gave us Seven Samurai and Ran: This comedic adventure about a soldier and two quarrelsome sidekicks in feudal Japan escorting a princess-in-disguise to a hideaway was a huge influence on young George Lucas as he penned Star Wars. See Hidden Fortress, with its glorious widescreen black-and-white visuals, tonight and any Sunday this month at Regent Square Theater, where it heralds the return of Pittsburgh Filmmakers’ Sunday classics series. BO 6 p.m. Also Jan. 14, 21 and 28. 1035 S. Braddock Ave., Edgewood. $7-8. 512-681-5449 or www.pfpca.org

You are what you eat, in more ways than one. Locally based author, blogger and health coach Lindsey Smith’s new book, Eat Your Feelings: The Food Mood Girl’s Guide to Transforming Your Emotional Eating (Wednesday Books) explores the connections between what we crave, what we eat and how we feel. It’s a breezy self-care guide, colorfully illustrated and full of recipes, cooking tips and more, meant to boost your mood (and improve your health) whether you’re sad, stressed, tired, hangry or bored. Tonight, Smith visits the Whitehall Public Library for a hands-on cooking demo and talk. BO 1 p.m. 100 Borough Park Drive, Whitehall. Free. 412-882-6622 or www.whitehallpubliclibrary.org

Claire Messud, known for her 2006 novel The Emperor’s Children, is also winning critical praise for her latest. The Burning Girl explores the relationship of two adolescent girls, inseparable friends since nursery school in a small Massachusetts town, and what happens when one of them decides to go her own way. “The Burning Girl asks how well we can ever know our closest confidants and answers its own question with every refined page,” enthused Vanity Fair. Messud makes a rare Pittsburgh visit tonight for a free reading at Alphabet City, followed by an audience Q&A. BO 8 p.m. 40 W. North Ave., North Side. Free. Reservations suggested at www.cityofasylumpittsburgh.org.