To many locals, Bob Qualters is the quintessential Pittsburgh painter: Though the Clairton High grad traveled in his younger days, he's been ensconced here since 1968, and his widely seen paintings, murals and installations often depict regional icons, from steel mills to Kennywood. But Vicky A. Clark says that the new Qualters retrospective she's curated paints a bigger picture. At the Pittsburgh Center for the Arts, Robert Qualters: A Life includes more than 60 paintings, prints and drawings, plus photos of the venerable artist's many public works; the collection reveals a storyteller playful enough to insert a rhinoceros into a Squirrel Hill street scene. Such dreamlike imagery is increasingly evident in Qualters' later work, even as his once-signature use of hand-painted text wanes. True, Qualters still hews to a colorful, representional style that doesn't always thrill critics or collectors. But Clark says people recognize their own lives in the scenes he depicts. "My hope for both the show and the book," she says, "is that we begin to see Bob as an artist who is relating to the human condition, [rather] than Bob Qualters the Pittsburgh painter, because he is so much more than that." Related events include the launch (on Qualters' 80th birthday) of Clark's book Robert Qualters: Autobiographical Mythologies, and the premiere of a new short film on Qualters. Bill O'Driscoll Opening reception: 5:30-9 p.m. Fri., Feb. 7. Exhibit continues through April 20. 6300 Fifth Ave., Shadyside. $5. 412-361-0873 or www.pittsburgharts.org 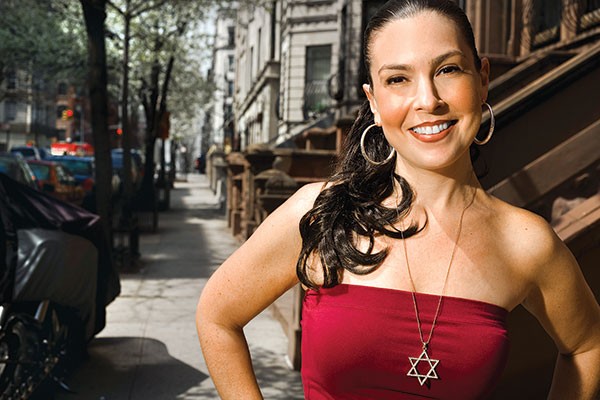 Slam poet Vanessa Hidary, a.k.a. "the Hebrew Mamita," asks audiences: "What does Jewish look like to you?" For Hidary, the answer is far from simple. Her stage name mixes her Jewish heritage with her love for Puerto Rican culture. She drops verses about declining dinner dates because of Yom Kippur and asking, "Should I fiddle on a fucking roof for you?" She performs at the Union Project tonight, presented by the Jewish Federation of Greater Pittsburgh's Holocaust Center. Angela Suico 6:15 p.m. (VIP reception: 5:30 p.m.). 801 N. Negley Ave., Highland Park. $15-75. 21-and-over show. 412-421-1500 or www.holocaustcenter.org

In the hallway off the Carnegie Museum of Art's lobby, you'll find Zoe Strauss' contribution to the Carnegie International: a series of portraits of folks in Homestead, where the Philadelphia-based photographer took up residence for a couple of months. Strauss' work focuses on unseen or forgotten people and places, like that former mill town. Tonight, she gives a free talk about her work in the museum's theater space. Bill O'Driscoll 6:30 p.m. 4400 Forbes Ave., Oakland. Free (reception with cash bar follows). 412-622-3212 or www.cmoa.org

"Women tell me I look married," said Greg Warren, with a shrug, on The Late Late Show With Craig Ferguson. "I don't think it's a compliment. I think they're saying, ‘You look defeated.'" Warren, a quintessential regular-guy comic, has done everything from Comedy Central to BET and Country Music Television. Tonight he begins a four-night, six-performance stand at the Pittsburgh Improv. BO 8 p.m. Continues through Sun., Jan. 9. 166 E. Bridge St., W. Homestead (The Waterfront). $20. 412-462-5233 or www.pittsburgh.improv.com

Funny how the same material you use to check your teeth for spinach can also form delicate, beautiful artwork. Pittsburgh Glass Center highlights its namesake medium's versatility in Halfway to Somewhere, an exhibition featuring artists-in-residence Granite Calimpong, of Seattle, and Brent Rogers, of Chicago. Calimpong's approach is more traditional, Rogers' a little more funky — think Williams-Sonoma vs. Ikea. The show opens with a free reception tonight as part of Penn Avenue's Unblurred gallery crawl. AS 6 p.m. Exhibit continues through April 20. 5472 Penn Ave., Friendship. Free. 412-365-2145 or www.pittsburghglasscenter.org

Today's kitschy web clip-art recalls yesterday's coloring books — not least when those coloring books were the 1950s creations of artists like Florence Sarah Winship, who depicted celebs like Dinah Shore and Doris Day, and scenes of oh-so-cheerful domestic life. Color Me Happy is the ToonSeum's twist: The museum has invited local comic minds including Terry Jones, Aaron Kleiber, Rob Rogers and the Arcade Comedy Theater group to write their own captions for the illos. Guests at tonight's opening reception can caption away, too. BO 7 p.m. 945 Liberty Ave., Downtown. $15-20. 412-232-0199 or www.toonseum.org

Don't say we didn't warn you: Valentine's is just days away. Like every year, I Made It! Market responds with pop-up festival of handmade goods. On offer today inside the former Hollister store at The Waterfront is a wide range of stuff, from ceramics, jewelry and homemade jam to baby items and artistic photography books. And it's easy to find the four dozen-some artists themselves: They're usually the folks behind the display tables. BO Noon-5 p.m. 148 W. Bridge St., W. Homestead. www.imadeitmarket.com 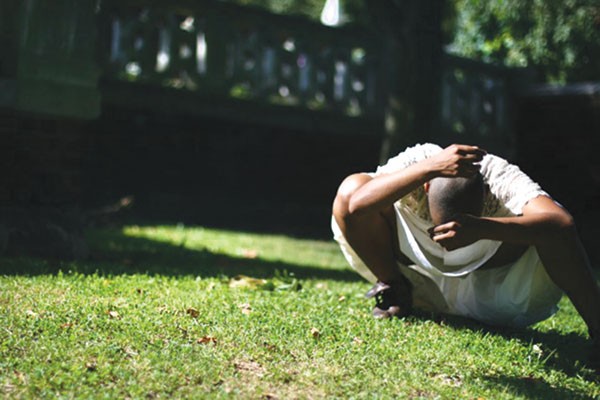 A surfeit of shame probably doesn't rank among society's top problems right now. But shame (including the unhealthy kind) still molds individual lives. Tonight, choreographer and dancer Jasmine Hearn is joined by dancer Taylor Knight for mama, am i clean yet?, a duet with live vocal accompaniment by Anqwenique Wingfield. The show, at the intimate PearlArts Studios as part of the PearlArts Movement Residency Series, explores "the themes of shame, cleanliness, perception and wearing white." BO 7:30 p.m. 201 N. Braddock Ave., Point Breeze. $15. www.pearlartsstudios.com

Do you like pudding? Wrestling? Watching women with names like Imoana Pissglitter Amazonian Warrior do the latter while covered in the former? If so, the Pittsburgh Pudding Wrestling Massacre is just the thing for you. This event from YinzerParty.com is in its sixth year, with past celebrity judges including Bill Peduto and Sharon Needles. Crowds at the Rex Theater will cheer and PBR will flow as 10 Pittsburgh ladies compete to win cash by pinning one another down for a count of three. AS 10 p.m. 1602 E. Carson St., South Side. $10. www.yinzerparty.com

Today, Helene Cooper is a New York Times reporter covering the White House. But her story had some bumps in the road. Once a Liberian citizen sharing a lush life with her adopted sister Eunice, Cooper's family was disrupted when they fled the 1980 coup — without Eunice. Cooper's lauded memoir, The House at Sugar Beach, depicts her struggle to face the past and her search for her sister. She discusses her tale tonight as a speaker at the Monday Night Lectures. AS 7:30 p.m. Carnegie Music Hall, 4400 Forbes. Ave., Oakland. $15-35. 412-622-8866 or www.pittsburghlectures.org

You might have already bought a bottle of wine to mark Feb. 14 with your significant other (or maybe by yourself, in honor of Singles Awareness Day). But whether you plan to break out two wine glasses or just one, a rich cheese can make your celebration even more special. Learn the hows and whys of cheese-pairing when East End Food Co-op's Caldwell Linker presents Romantic Cheeses, a free primer on the Co-op's "creamy, sensuous" cheeses and the best ways to complement them. AS 7 p.m. 7516 Meade St., North Point Breeze. Free; reservations required at 412-242-3598