With New York Fashion Week coming to a close, it seems appropriate that Pittsburgh have its own apparel enlightenment. Pittsburgh native Tereneh Mosley — founder and creative director of Idia’Dega, a global eco-design collaboration in ethical apparel — will showcase her work at The Residence in the Mexican War Streets. The opening reception, on Feb. 19, will kick off a small series of curatorial residencies presented by Casey Droege at a house owned by The Mattress Factory’s Barbara Luderowski. Idia’Dega at The Residence includes solo and collaborative work in sustainable fashion and accessories from the Tomon:10 and Eni:Hers collections. Tomon:10, Idia’Dega’s first collection, was created with the Olorgesailie Maasai Women Artisans of Kenya (OMWA) in 2014. Pieces like the Day Dress, comprised of organic cotton and hemp, echo the Maasai women’s clothing, down to a beaded ribbon belt designed and handcrafted by the women themselves. “This was the first time most of the women had ever drawn in their lives, since most had never gone to school,” Mosley says via email. “I think I started jumping up and down. The OMWA ladies started laughing at me. It showed us how much better the design process is as collaborators.” Courtney Linder Reception: 6 p.m. Fri., Feb. 19. Exhibit continues through March 3 (hours by appointment only). 310-312 Sampsonia Way, North Side. Free. 412-877-2588 or www.caseydroege.com

If you’ve missed Robert Isenberg, this is the week to catch up. The prolific writer and performer (and CP contributor) left Pittsburgh in 2013, for Costa Rica. Tonight, at East End Book Exchange, Isenberg reads from The Green Season, a compilation of his newspaper pieces from Costa Rica, about everything from surf instructors to survivors of the sex trade. Tomorrow night, at Arcade Comedy Theater, No Name Players perform Elizabeth Crowne and the Vaudeville Conspiracy, a live-radio comedic mystery written by Isenberg (who’s now based in Arizona). BO Reading: 7 p.m. (4754 Liberty Ave., Bloomfield; free; www.eastendbookexchange.com). Elizabeth Crowne: 8 p.m. Fri., Feb. 19 (811 Liberty Ave., Downtown; $10; www.arcadecomedytheater.org)

Although Dr. Tobias Funke was never the best actor on Arrested Development, the man portraying that trainwreck of a performer is quite the personality. Emmy-winner David Cross visits the Carnegie of Homestead Music Hall for his national standup-comedy tour “Making America Great Again!” Named one of the top 100 comedians of all time by Comedy Central, Cross is renowned for his abilities as a writer, producer and performer. Courtney Linder 8 p.m. 510 E. 10th Ave., Munhall. $39.50. www.librarymusichall.com 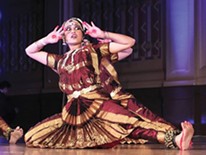 Ricky Ian Gordon (Orpheus and Euridice; The Grapes of Wrath) is among our top composers for the stage, and this Carnegie Mellon grad’s newest opera has another Pittsburgh connection: 27 wittily depicts Allegheny City native Gertrude Stein, her partner, Alice B. Toklas, and their life together in Paris in the 1920s. Pittsburgh Opera stages the local premiere of this critically acclaimed 2014 work in an intimate production at Pittsburgh Opera Headquarters. Mezzo-soprano Laurel Semerdjian plays Stein, with soprano Adelaide Boedecker as Toklas; other characters include Picasso, Matisse, Hemingway and F. Scott Fitzgerald. The first of four performances is tonight. BO 8 p.m. Continues through Feb. 28. 2425 Liberty Ave., Strip District. $42. 412-456-6666 or www.pittsburghopera.org

Tonight’s late show at Club Café is a novelty: In Comedy Roulette: Time Hop, each of several comedians will perform a set as if he or she were from a different era. Think “1920s,” etc. — so maybe a little History Channel, with punchlines. The time-travelers for this Race to the Coffin-produced show include Bill Crawford, John Evans, Alex Stypula, Shannon Norman, Andy Picarro and Anna C. Reilly. John Dick Winters hosts. BO 10:30 p.m. 56 S. 12th St., South Side. $5 (21 and over). 866-468-3401 or www.clubcafelive.com

One cover in the “Timmy Failure” book series shows the titular hero flushing himself down the toilet. Fans of Stephan Pastis’ syndicated comic strip, “Pearls Before Swine,” will feel at home: The cartoonist and illustrator trades in earthy wit, no less in his kids’ books about a bumbling child detective and his polar-bear sidekick. Today, Pastis visits Carnegie Lecture Hall for Pittsburgh Arts & Lectures’ Authors. Stories. You. series for children’s authors. A lemonade reception and book-signing follow. BO 2:30 p.m. 4400 Forbes Ave., Oakland. $11. 412-622-8866 or www.pittsburghlectures.org

In 1995, Kathy Leichter’s mother committed suicide at her home, in Manhattan. Leichter, then an associate producer at WQED-TV, later discovered a hidden box of her mother’s audiotapes that now form the core of Here One Day, her 2013 documentary film about one woman’s struggle with mental illness, and her relationships with her family. Here One Day has been making the rounds of national festivals; its Pittsburgh premiere is tonight, at Rodef Shalom, presented by JFilm and ReelAbilities. Leichter will attend for a post-screening discussion and reception for a film she hopes will raise awareness about mental-health issues. BO 7 p.m. 4905 Fifth Ave., Oakland. $10-12. www.jfilmpgh.org

Revisit Western ideas of politics, patriarchy and gender with award-winning journalist Jenny Nordberg, author of The Underground Girls of Kabul: In Search of a Hidden Resistance in Afghanistan. As a foreign correspondent, Nordberg has reported extensively within war zones, culminating in prestigious awards such as the 2015 J. Anthony Lukas Book Prize. Underground Girls profiles girls who pose as boys to circumvent repressive laws. Tonight’s reading, Q&A and book-signing are a part of the Women’s Institute at Chatham University’s Raizman Lecture series. The event, at Campbell Memorial Chapel, is free with registration. CL 6 p.m. 1 Woodland Road, Shadyside. Free. 412-365-1578 or www.chatham.edu

After 25 years being blue, the theatrical innovators behind the three-piece Blue Man Group continue to rejuvenate their arsenal of comedy, theater, rock music and dance for their final U.S. cycle before embarking on a world tour. Starting tonight, Blue Man Group visits Heinz Hall for eight shows as a part of the PNC Broadway in Pittsburgh Series, presented by the Pittsburgh Cultural Trust. Come see them wield custom instruments and state-of-the-art technology as the Blue Man characters explore cultural norms through fresh eyes. CL 7:30 p.m. Show continues through Feb. 28. 600 Penn Ave., Downtown. $31-80. 412-392-4900 or www.trustarts.org

A classic Shakespearean tale of romance, satire and mistaken identity hits the Byham Theater tonight. Twelfth Night gets new life through London’s Filter Theatre production, in association with the Royal Shakespeare Company of Stratford-upon-Avon. The adaptation, presented by the Pittsburgh Cultural Trust, condenses the play into a fast-paced performance with an acoustic sound and atmosphere — an approach makes the show feel more like “a rock gig than a straight play,” according to London’s The Independent. CL 7:30 p.m. 101 Sixth St., Downtown. $15-35. 412-456-6666 or www.trustarts.org 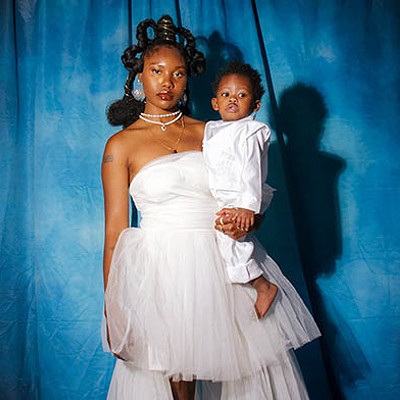 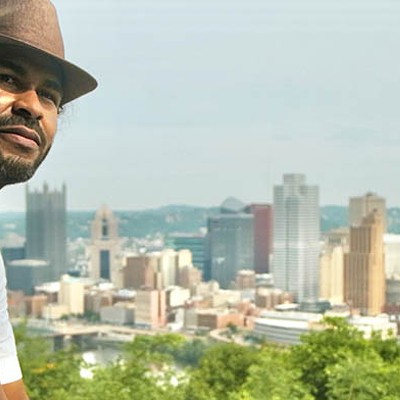