Artist Jeffrey Vallance never really knew the chicken he named Blinky; it was a supermarket find, pre-plucked. But Vallance made it a posthumous pet, formally interred it and, later, exhumed it for an autopsy. He saved one bone for a reliquary that's now part of his installment in The Andy Warhol Museum's "Word of God" series. The humorous yet still somehow reverent exhibit -- also including reliquaries for revered everyday objects, and Vallance's own version of the Bible -- is stop one on A Pittsburgh Treasure Sample. The Dec. 29 tour, led by Warhol staffers Abby Franzen-Sheehan and Maritza Mosquera, also visits the internationally known reliquary at St. Anthony's Chapel, in Troy Hill -- with its bones of saints and splinters of the True Cross -- and Maxo Vanka's famed anti-war, anti-capitalist murals at Millvale's St. Nicholas Croatian Catholic Church. Vallance himself visited those sites when he was in town, says Franzen-Sheehan. The Dec. 29 tour furthers the Warhol's mission to facilitate the discussion of controversial issues, like religion, "in a safe environment," she adds. "It can be a little more provocative, but it's not the person themselves in the hot seat. They're free to talk about the art." And the tour ends with coffee and pastries at Millvale's Jean-Marc Chatellier French Bakery. Bill O'Driscoll 11 a.m.-2 p.m. Thu., Dec. 29. Meet at 117 Sandusky St., North Side. $15-30. Space is limited; reservations required at 412-237-8300 or www.warhol.org

In what must rank among the city's longest-running Yuletide stage traditions, the Shona Sharif African Dance & Drum Ensemble offers its 23rd annual production of The Nativity -- A Christmas Gift. It's a gospel-music retelling of the Christmas story, based on a musical dramatization by famed poet Langston Hughes. Act I is the traditional tale of the first Christmas, told with music, dance and narration. Act II is a modern-day story about a church recovering from a flood. Performances tonight and tomorrow make up the production's final weekend this season. Bill O'Driscoll 8 p.m. Also 8 p.m. Fri., Dec. 23. Alumni Hall, 4227 Fifth Ave. (seventh floor), Oakland. $10-20. 412-648-2276 or www.proartstickets.org 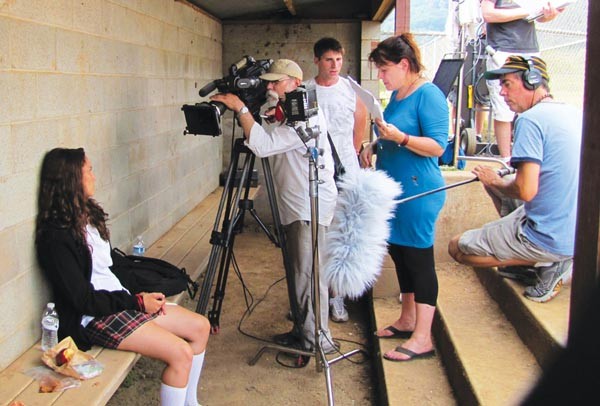 The Steeltown Film Factory kicks off its third competition with a call for short screenplays from local writers. Applicants compete for mentoring from industry professionals and up to $30,000 to prepare film versions of scripts for local showings. This year's winner, "Flour Baby," by Carnegie Mellon alum Christopher Dimond, debuted at the 2011 Three Rivers Film Festival. Students and amateur screenwriters may submit original work, no longer than 12 pages, by Dec. 31, a week from today. Judges and panelists include producers from such films as 300, Good Will Hunting and American Pie. The entry fee is $55 ($25 for students); fees include admission to special events. Late entries may be submitted until Jan. 7 for an additional charge. Amy Kuhre www.steeltownfilmfactory.com

In some countries they call it Boxing Day, but for years in Pittsburgh, the day after Christmas has also been Hoops Day -- the day the Harlem Globetrotters come to town. The current world tour features a notable rookie class including: the world's tallest pro baller (7'8" Paul "Tiny" Sturgess); the shortest Globetrotter ever (5'2" Jonte "Too Tall" Hall); and the team's first female player since 1993 (Fatima "TNT" Maddox). The trick dribbling, fancy passing, stunt dunks and other round-ball hijinks, against those eternally hapless Washington Generals, commence tonight at the Consol Energy Center. BO 7 p.m. $20.75-180. 800-745-3000 or www.harlemglobetrotters.com

Nothing says "holiday season" like a cinematic masterpiece about the spiritual emptiness of modern life. So here's La Dolce Vita. Fellini's 1960 widescreen classic follows a society journalist (Marcello Mastroianni) as he bounces among women including his fiancée (who attempts suicide) and a glamorous actress (played by Anita Ekberg) and events ranging from a religious pilgrimage to a drunken party at a beach house. The visually rich film famously opens with a helicopter carrying a statue of Christ over Rome; characters include a photographer who inspired the term "paparazzi." A newly restored 35-mm print begins a four-day run at the Regent Square Theater tonight. BO 7 p.m. 1035 S. Braddock Ave., Edgewood. $7-9. 412-681-5449 or www.pghfilmmakers.org

Tony award-winning Broadway musical Memphis is set in 1950s America during racial segregation, generational schisms and the birth of rock 'n' roll. DJ Huey Calhoun (Bryan Fenkart) -- loosely based on the first DJ to play Elvis on the radio -- falls for nightclub singer Felicia Farrell (Felicia Boswell), and their interracial relationship stirs up the community. Written by Joe DiPietro, with an original score by Bon Jovi keyboardist David Bryan, Memphis opens tonight in a touring version with the first of eight performances at Heinz Hall, courtesy of PNC Broadway Across America. AK 7:30 p.m. Continues through Jan. 1. 600 Penn Ave., Downtown. $26-68. 412-456-1390 or www.trustarts.org

Probably all you need to know about nationally touring, New York City-based troupe Dangerous Curves Ahead: Burlesque on the Go-Go, is the names of its performers. They include Anita Cookie, Clams Casino and GiGi La Femme. You want credentials with that? OK -- Clams was deemed an "NYC Culturemaker" by Time Out New York. Another teaches at the New York School of Burlesque, for cryin' out loud. Several of the gals have at one time or another won a New York Burlesque Festival Golden Pastie award. And the Phoenix New Times called Dangerous Curves "an excellent night of twirling tassels and bawdy jokes." The troupe visits the Rex Theater this evening for one night only. BO 9 p.m. 1602 E. Carson St., South Side. $12. www.rextheater.com

Today, the National Aviary invites children ages 6-8 to learn about and help care for African penguins during Penguins Camp. One of the world's 17 penguin species, they're known as "jackass" penguins for their call similar to a donkey's bray. The penguins live in colonies off South African coasts, perhaps most notably on Boulders Beach, in Cape Town, where they share warmer waters with locals and tourists. Visitors today learn about habitat, diet and behavior, and will also receive a piece of original art -- painted by the birds! AK 9 a.m.-3 p.m. 700 Arch St., North Side. $55-65. Call 412-258-9445 to register or visit www.aviary.org.

Maulana Karenga is an author, professor and civil-rights activist; he's also the founder of Kwanzaa. Held as part of today's Kwanzaa Celebration hosted by Kente Arts Alliance, Karenga delivers a lecture titled "Kwanzaa and the Seven Principles: Sustaining & Sharing the World." The talk is about unity, purpose, faith, responsibility, creativity, community and cooperative economics -- the values represented by this seven-day, nonsectarian holiday, which began Dec. 26. The Maryland native established Kwanzaa in 1966 to unite and empower African Americans with cultural awareness. Today's celebration also includes an African marketplace, a children's program and live music by Roger Humphries and the Rh Factor and The Flow Band. It all takes place at the Hill House Kaufmann Center. AK Festival: 3-10 p.m.; lecture at 7 p.m. 1825 Centre Ave., Hill District. Free. 412-322-0292 or www.kentearts.org