Staging Liz Duffy Adams' bawdy neo-Restoration comedy Or, might not be the ultimate holiday counterprogramming, but it's up there. Off the Wall Theater has the Pittsburgh premiere of this critically acclaimed 2010 play, a raucous speculative fiction depicting one key night in the life of the legendary Aphra Behn, who in the 17th century became England's first professional woman playwright. Adams places Behn fresh out of debtors' prison and desperate to leave the spy trade for the theater. (Behn really was a spy, and really did time.) Behn is trying to complete her latest play despite distractions from: her new lover, actress Nell Gwynne; another lover, King Charles II himself; and ex-lover William Scott, a double agent who might be plotting regicide. All in a night's work, set against a backdrop of the 1660s, whose freed-up mores some have compared to the 1960s. Behn was idolized by Virginia Woolf; Or, has drawn comparisons to Tom Stoppard, with Adams praised for her "formidable wit" and "highly literary imagination and radical instincts." Erika Cuenca plays Aphra, while Robin Abramson and Ethan Hova share multiple roles. Says director John Shepard of Or,: "It's kind of an homage to what we do in the theater, a tribute to the theatricality of writers and actors, the thrill of make-believe." Bill O'Driscoll Dec. 19-Jan. 10. 25 W. Main St., Carnegie. $5-35. 888-718-4253 or www.insideoffthewall.com 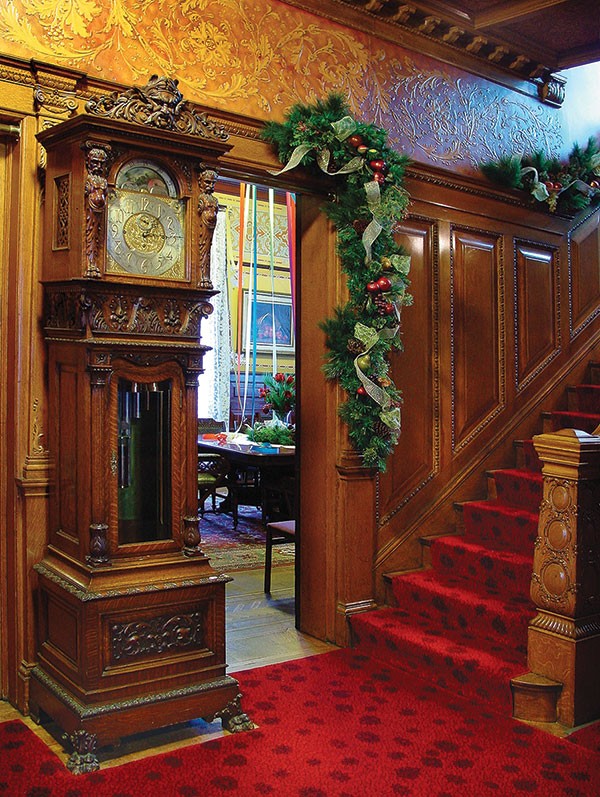 The Frick Art & Historical Center is offering its annual holiday tours of Clayton, the Henry Clay Frick family mansion. The historical home is decorated almost entirely using the family's possessions, and this tour reflects Frick family Christmases from 1905 through 1913. Archival materials and photographs recount a dinner party that daughter Helen Clay Frick hosted in 1910. Today's also the last in a series of December days offering extended hours at the site. You can even have your own holiday dinner in The Café, with seatings at 5:30 and 7:30 p.m. Danielle Fox 10 a.m.-9 p.m. Holidays at the Frick continues through Jan. 11. 7227 Reynolds St., Point Breeze. $6-12. 412-371-0600 or www.thefrickpittsburgh.org

Fledgling dance-theater troupe fireWALL offers a four-week, split-over-the-holidays run of its new show UPROAR. Like the play Or, — with which it runs in repertory at Off the Wall Theater (see "Spotlight," above) — UPROAR depicts a woman artist. Set to original music by Ryan McMasters, Elisa-Marie Alaio's choreography tells the story of a writer trying to create her masterpiece. The show's four-weekend run opens tonight. Bill O'Driscoll 8 p.m. Continues through Jan. 11. 25 W. Main St., Carnegie. $5-35. 888-718-4253 or www.insideoffthewall.com

Don your best holiday jumper, and go greet science and cash bars with festive cheer: It's time for the Carnegie Science Center's 21+ Holiday Party. In addition to meandering about the center's four floors, guests can create fake — and much more tolerable — snow from polymers; concoct eggnog; and explore electrical circuits using Christmas lights. Local electric/acoustic trio Still Not Sober will perform in the RoboLounge, and with an additional ticket purchase, you can catch The Polar Express: An IMAX Experience or a Laser Holiday Magic show. DF 6-10 p.m. One Allegheny Ave., North Side. $10-15. 412-237-3400 or www.CarnegieScienceCenter.org

What better time of year for a little culture-clash comedy? Kim El's Ubuntu Holiday depicts a Kwanzaa celebration that's interrupted by a mistrustful Christian guest. The play began life as a one-act in Pittsburgh Playwrights Theatre Co.'s 2013 Theatre Festival in Black & White; local playwright El (known for her one-woman show Straightening Combs) has expanded it into a full-length piece. The troupe's production, directed by Mils James, features a cast including Sundiata Rice and Nia Washington. The first show is tonight. BO 8 p.m. Continues through Dec. 30. 937 Liberty Ave., Downtown. $15-20. 412-647-4686 or www.pghplaywrights.com

The Audobon Society's annual Christmas Bird Count is underway. At 115 years old, the three-week count is the longest-running citizen science project in the world; researchers use the data collected by countless volunteers to aid conservation by tracking things like how climate change is altering bird ranges. While it's too late to formally register to participate in this year's count, you can get a taste at Jennings Environmental Education Center. This morning, the center hosts a free, informal session as part of the Butler County Christmas Bird Count. Experts at Jennings' indoor observation station will demonstrate observing, identifying and recording techniques. And maybe next year you can join one of this region's compilation "circles." BO 10 a.m.-noon. 2951 Prospect Road, Slippery Rock. Free. 724-794-6011 or jenningssp@pa.gov

The Pittsburgh Symphony Orchestra has a full house of guests in Heinz Hall this season. Performers on this year's Highmark Holiday Pops program include the Mendelssohn Choir of Pittsburgh, the Pittsburgh Ballet Theatre School and WQED's Jim Cunningham. Expect both carols like "We Wish You a Merry Christmas" and more symphonic pieces like Marvin Hamlisch's "Chanukah Lights." Capping things off is "The Night Before Christmas," with Rick Sebak narrating and cartoonist Joe Wos illustrating the story live. DF 2:30 and 7:30 p.m. Also 2:30 p.m. Sun., Dec. 21. 600 Penn Ave., Downtown. $24.75-99.75. 412-392-4900 or www.pittsburghsymphony.org

A music phenomenon with Keystone State roots makes a stop in Pittsburgh. This past February, veteran indie country-rock group Marah released Mountain Minstrelsy of Pennsylvania, an album inspired by a century-old book by folkorist Henry Shoemaker. Marah put the lyrics and fragments Shoemaker had collected to music, and recorded songs like the lyrical, rollicking "A Melody of Rain" in an analog studio it built in an old church in Millheim, Pa. (near State College). The album drew raves from everyone from No Depression to Pop Matters, and the live show's been a hit at theaters and festivals across the country. The band includes 11-year-old fiddle prodigy Gus Tritsch. Tonight's Hot Metal Christmas Show takes place at the 101-year-old South Side community hall known as the Kollar Club. BO 8 p.m. 3226 Jane St., South Side. $12-15. www.brownpapertickets.com

David Aschkenas has shot photos around the world, and his work has appeared in publications from Time to Stern. But locally, the Pittsburgh-based photographer is also known for his series on the demolition of the Civic Arena. And his latest exhibition explores another familiar (but extant) landmark. Snap Judgments: Capturing the Architecture of the Allegheny County Courthouse marks the first time Aschkenas' photos of the courthouse (shot before its 2013 restoration) have been shown in public. Aptly, the venue is C&G Gallery, run by law firm Cohen & Grigsby in its offices in Downtown's EQT Plaza. The show opened last month; viewings are by appointment only. BO Exhibit continues through Jan. 31. 625 Liberty Ave., Downtown. Free. Appointments at 412-297-4900