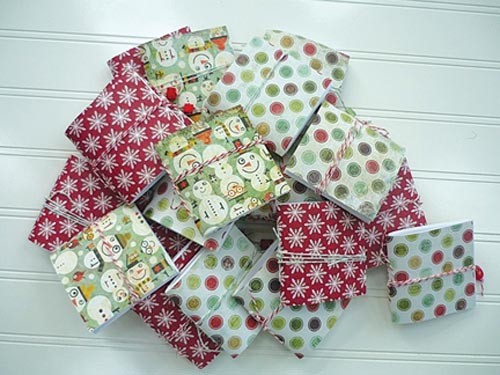 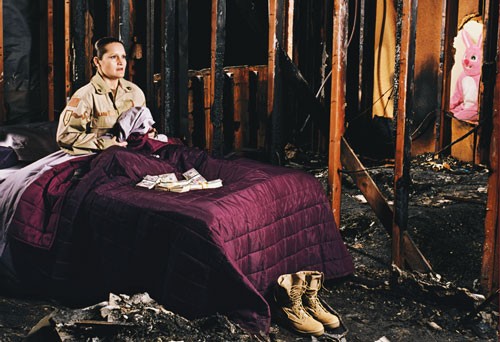 When she says "10 Years + Counting," Susanne Slavick means the U.S. war in Afghanistan -- and the national online project she co-founded that lets artists and activists mark this longest war in American history. Slavick, a longtime Carnegie Mellon University art professor, also edited and co-wrote Out of Rubble, a book-length anthology of work by contemporary international artists and architects addressing the aftermath of current and past wars. Now Slavick has curated a selection of that work for exhibition. The show, at SPACE, is slated to tour nationally. It opens with a reception tonight. Bill O'Driscoll 6-8 p.m. Exhibit continues through Jan. 29. 812 Liberty Ave., Downtown. Free. 412-325-7723 or www.spacepittsburgh.org 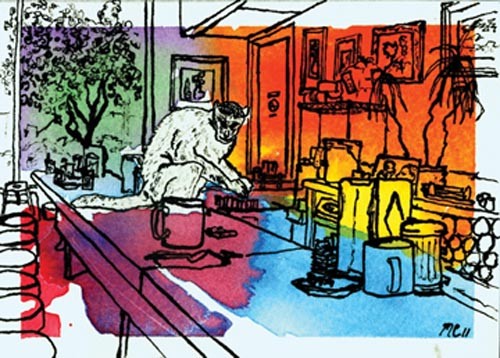 Maybe you've seen that TV commercial featuring several kids who declare themselves oft-mocked "nerds" and "geeks" before coming in for the kill: "One day, you'll work for me." Life was no easier for young nerds back in 1984, but the reedy, bespectacled, pocket-protector set triumph in Jeff Kanew's campus comedy, The Revenge of the Nerds. Brains beats brawn, as the jock frat boys get a comeuppance. Tonight, at the Warhol, actor Curtis Armstrong ("Booger") will present the film and lead a Q&A after the screening. Bring smart questions! Al Hoff 7 p.m. The Andy Warhol Museum, 117 Sandusky St., North Side. $15. 412-237-8300 or www.warhol.org 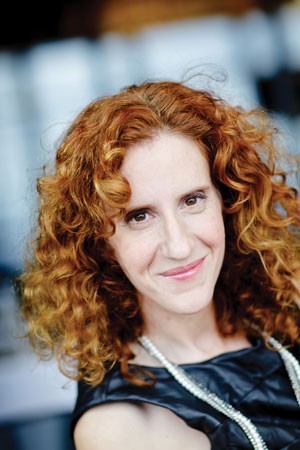 Teen-fiction author Gayle Forman's writing career has taken her from Seventeen magazine articles to full-length novels. Her two recent bestsellers, If I Stay and Where She Went, follow 17-year-old Mia and boyfriend Adam through the melodrama of Mia's car accident and resultant coma. After a period of estrangement, a chance encounter in New York City reunites the young couple. Forman reveals her complicated characters during Pittsburgh Arts and Lectures' Black, White & Read All Over family author series, at the Carnegie Library Lecture Hall. AK 7 p.m. 4400 Forbes Ave., Oakland. $15-$25. 412-622-8866 or www.pittsburghlectures.org

Just in time for the holidays, Off the Wall Productions presents the regional premiere of playwright Wendy MacLeod's 1990 dark comedy The House of Yes. It's about bringing your fiancé home for Thanksgiving … when your mother's an alcoholic still lamenting her husband's desertion; your younger brother is attracted to said fiancé; and your sister, who has a psychotic Jackie O fixation, wants to resume her incestuous relationship with, well, you. Robyne Parrish directs a cast including Erika Cuenca, Lauren Michaels and Virginia Wall Gruenert. The first performance is tonight. BO 8 p.m. Show continues through Dec. 17. 147 N. Main St., Washington, Pa. $5-30. 412-394-3353 or www.insideoffthewall.com

Bill Burr swears he could never work in a cubicle. "Cubicles should be illegal. You know what a cubicle basically says? ‘We don't think you're smart enough for an office, but we don't want you to look at anybody.'" The congenially irascible standup comedian, known for his Monday Morning Podcast, tours internationally. Tonight he's at the Byham Theater for one night only. BO 8 p.m. 101 Sixth St., Downtown. $30.25. 412-456-6666 or www.pgharts.org 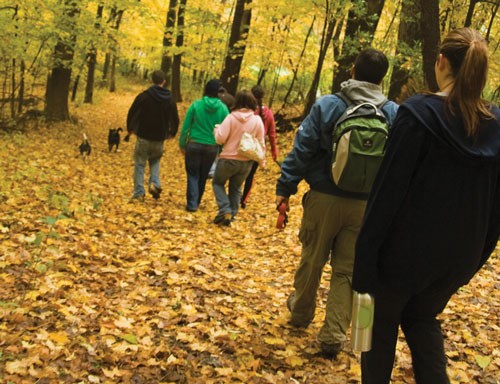 Today, Venture Outdoors invites participants of all ages to its Half-Day Hike along South Park trails. Established in the 1930s and site of the old Allegheny County fairgrounds, the park is noted for its mix of man-made and natural attractions including a wave pool and ice rink. But on this dog-friendly excursion, take the opportunity to appreciate some of the park's "locals," such as wild turkeys, peacocks and bison. Bring a snack and RSVP online or by phone for meeting point. AK 10 a.m.-1 p.m. Buffalo Drive, South Park. $5-8. 412-255-0564 or www.ventureoutdoors.com 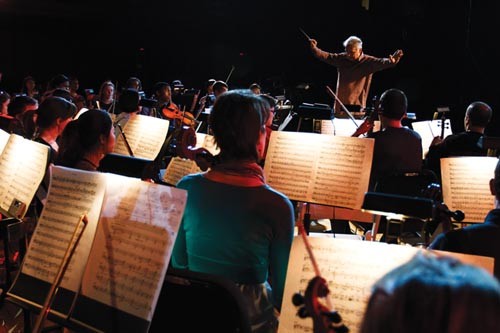 20th-century Austrian composer Gustav Mahler is often remembered for his dramatic and tumultuous compositions, many of which scale the range of human emotion, from intense melancholy to sublime elation within a single movement. Composed in 1901, Mahler's Symphony No. 5. demonstrates such technique: It opens with a bold trumpet solo that segues demurely into a chorus of strings. Carnegie Mellon Philharmonic, an exclusive ensemble of student musicians, performs Symphony No. 5 under the direction of Ronald Zollman, at Carnegie Music Hall. AK 8 p.m. 4400 Forbes Ave., Oakland. $4-7. 412-268-2383 or www.music.cmu.edu