Safe to say that The Skivvies’ upcoming stand at City Theatre will be this year’s lone Pittsburgh stage production with underwear sponsors. Cheeks Boutique and TRIM Pittsburgh are donating apparel to Lauren Molina and Nick Cearley because the pair perform in their undergarments. And they look good doing it, which is one reason this New York City-based “undie-rock” duo can tour nationally with its comedy act consisting of mash-ups and medleys of pop songs, plus banter. Another reason, of course, is talent: Their collective resume includes a list of Broadway and regional-theater credits. The band has been hailed by outlets as diverse as People, Sports Illustrated and The Wall Street Journal.

The Skivvies, who formed in 2012 and last visited City Theatre in 2014, return with their holiday show, Sleigh My Name. With a nod to Destiny’s Child, and joined by a drummer, they wield instruments as various as ukulele, bells and glockenspiel. Expect seasonal favorites with a twist. For example, says Molina in a phone interview, “We play ‘Little Drummer Boy’ mashed up with ‘We Got the Beat.’” There’s a little improv, too — and plenty of local flavor: Each of the band’s two shows here features several stage talents as special guests, many of them locally based friends of the duo. For instance, appearing both nights are Daina Michelle Griffith, Michael McGurk and Stephen Santa. Other guests include Paige Davis, Kevin William Paul and Lisa Velten Smith.

Plastic Boom, a group of juggling artists hailing from the U.S. and Sweden, brings Water on Mars to the August Wilson Center tonight and tomorrow as part of the EQT Bridge Theater Series. With help from touring circus-artist troupe Gandini Juggling, Water on Mars offers drama and humor in the frontier of space, with Plastic Boom juggling props including chocolate, giant card castles, and magnetic jump ropes. Did we mention they do backflips, too? Amanda Reed 7 p.m. Also 2 p.m. Sat., Dec. 16. 980 Liberty Ave., Downtown. $10.50-12. 412-456-6666 or www.trustarts.org. 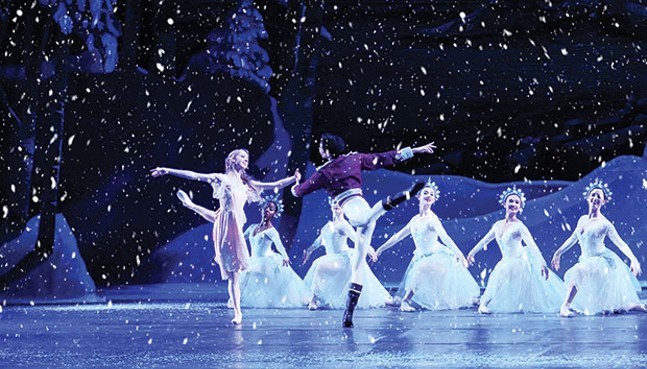 Performances of Pittsburgh Ballet Theatre’s The Nutcracker continue at the Benedum Center through Dec. 27. Choreographed and staged by PBT artistic director Terrence Orr, and set to Tchaikovsky’s iconic score, PBT’s version of E.T.A. Hoffmann’s 1816 tale begins in circa-1900 Shadyside, where a young girl receives a nutcracker that takes her on a dreamlike adventure to the Land of Enchantment. From “The Waltz of the Snowflakes” to the “Dance of the Sugar Plum Fairy,” The Nutcracker is filled with classical tunes re-imagined with Orr’s choreography. AR 7 p.m. Continues through Dec. 27. 237 Seventh St., Downtown. $28-109. 412-456-6666 or www.pbt.culturaldistrict.org 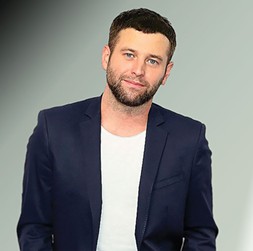 Langston Hughes called Black Nativity his “Gospel song-play,” and since its premiere off-Broadway in 1961, it’s been on stage somewhere in the U.S. nearly every December. Black Nativity is a tradition in Pittsburgh, too — one that continues with this year’s production, by Shona Sharif African Dance & Drum Ensemble and the Hill Dance Academy Theatre. The show, interpreting the Gospel of Luke with traditional spirituals and African drumming and dance, is directed by Debbie Blunden-Diggs, artistic director of the Dayton Contemporary Dance Company. Six performances over the next two weekends take place at Pitt’s Alumni Hall Auditorium, starting tonight. BO 8 p.m. Continues through Sun., Dec. 23. Seventh floor, 4227 Fifth Ave., Oakland. $10-25. 412-586-7903 or www.blacknativitypgh.com

On the very weekend that The Last Jedi opens, one local theater artist says, “May the Farce be with you.” Star Wars: The Arcade Strikes Back is writer and director Jesse LE’s evening of multimedia sketch comedy at Arcade Comedy Theater. The parody, on stage tonight and tomorrow, features local favorites including John Feightner, Matt Hartman and Mindy Cooper in a series of live and taped sketches and musical numbers, none of them either long, long ago or far, far away. BO 9 p.m. Also 9 p.m. Sat., Dec. 16. 943 Liberty Ave., Downtown. $7-12. www.arcadecomedytheater.com 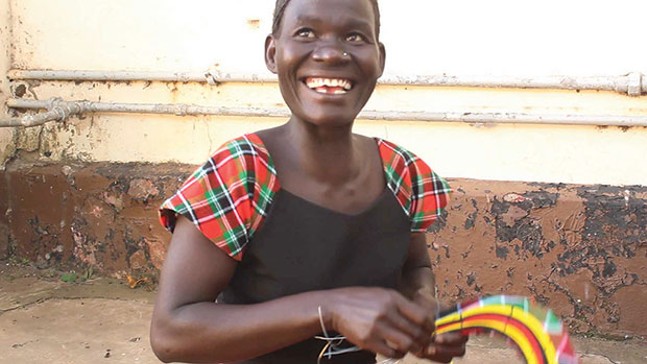 What is it like when people from traditional cultures tell their own stories? The Karamoja people, semi-nomadic herders living in Uganda, have always been portrayed only by outsiders. Pittsburgh-based filmmaker and educator Will Zavala, just returned from a filmmaking workshop in Uganda, presents a program of short documentaries produced by himself and his Karamoja students, about topics including child mothers, tobacco use and bedwetting. The screening, at Pittsburgh Filmmakers’ Mini-Melwood, is part of the Documentary Salon series. BO 7 p.m. (6:30 p.m. reception). 477 Melwood Ave., Oakland. Free. www.pfpca.org 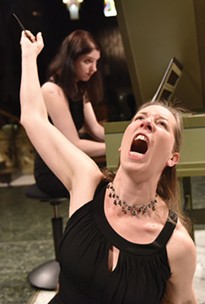 Everyone’s favorite festive Dr. Seuss story comes to life at Heinz Hall beginning tonight. A touring production of How the Grinch Stole Christmas! The Musical hits town thanks to PNC Broadway in Pittsburgh. Inspired by the 1957 children’s book, this 2006 Broadway musical follows a curmudgeonly creature whose heart is “two sizes too small” and his plan to steal Christmas from the holiday-obsessed Whos of Whoville. The musical features well-known songs from the 1966 animated movie and an original score by Mel Marvin. There are eight performances through Christmas eve. AR 7 p.m. Continues through Dec. 24. 600 Penn Ave., Downtown. $30-96. 412-456-1390 or www.trustarts.org.