The Pajama Men sleep over; it's Mods vs. Rockers all over again; Performance Art Festival debuts; and a karaoke league takes the mic.

Shenoah Allen and Mark Chavez's self-titled, hour-long comedy spectacular The Pajama Men — which begins its nine-show Pittsburgh-premiere run on City Theatre's main stage on Aug. 27 —is pretty inexplicable, but there are still some leading theories. "People always tell me that because we're wearing pajamas, they think our show is supposed to be like a dream," says Chavez in a phone interview. "That's not where it comes from, but it definitely fits." The two creators and stars met in high school, in New Mexico; they were trained in variety-show-style sketch comedy, and designed The Pajama Men with a loose plot as outlined by a series of loosely defined, seemingly unrelated scenes. It's dream logic, but they fill in all the blanks with improv, just to keep on their toes. And thanks to Allen's penchant for sound effects, alongside Chavez's absurdist, self-referential bent, their shows have toured internationally. Among this tour's sketches are an encounter with a group of people with oddly similar names (Christine, Kristen, Kirsten), and a gossipy bit where the duo imitate members of the audience. And all while wearing velvety sleepwear and no shoes. As Chavez says, "It's just a basic outfit and we didn't want to do any costume changes, because it's a seriously fast-paced show." Dan Willis Aug. 27-Sept. 7. 1300 Bingham St., South Side. $15-40. 412-431-2489 or www.citytheatrecompany.org 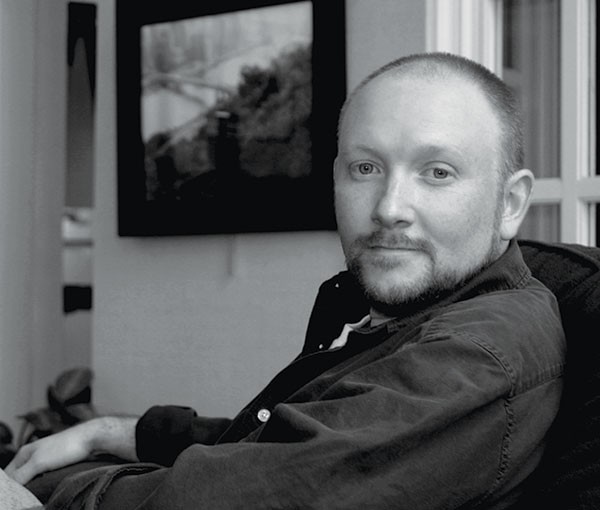 Jeffrey Condran, an assistant professor of English at the Art Insitute of Pittsburgh, also co-founded Braddock Books, an up-and-coming local publisher. But Condran still finds time to write. He has followed up his fine story collection A Fingerprint Revealed with his first novel. Prague Summer (Counterpoint Press) concerns the intrigue that results when an expat American bookseller and his diplomat wife are visited by an old friend in a bind. Tonight's the book-launch party, at East End Book Exchange. Condran reads with fellow local writers Sherrie Flick and William Lychack. Bill O'Driscoll 7-9 p.m. 4754 Liberty Ave., Bloomfield. Free. 412-224-2847 or www.eastendbookexchange.com

Inspired by British youth culture of the 1960s, the fifth annual Steel City Mods vs. Rockers rally takes place today on the streets of Millvale. And whether your allegiance is with the leather-clad bikers or the buttoned-up scooter enthusiasts, you can drop by to check out some vintage bikes or even show off your own. Awards are given to the best bikes in each of 10 categories, and ladies are encouraged to participate in the pin-up modeling contest. Live music is provided by Nox Boys, Thunder Vest and DJ Ian. Vendors include Franktuary, Rocker Regalia, MotorRad and South Hills Cycle. DW Noon. Butler Street and Grant Avenue. $5-10. www.steelcitymodsvsrockers.com

Year-old gallery and artist-residency program Bunker Projects has teamed with the Mr. Roboto Project to put on the inaugural Performance Art Festival. The free, day-into-night festival in Bloomfield features artists and collaboratives both local and national. So even if you get a little bit weirded out when someone walks on stage and starts eating garbage in front of your face, have no fear. This festival has something for everyone. Performers include Pittsburgh native Mario Ashkar, performing a lip-syncing drag routine, and NYC experimental dance troupe Cocoon, which turns its dancers into "moving sculptures" by encasing them in fabric. Other performers include Pittsburgh's Ella Moriah Mason (pictured). DW 4-11 p.m. 5106 Penn Ave., Bloomfield. Free. 412-440-8422 or www.bunkerprojects.org

In the press release for Labor Saturday, a themed reading at East End Book Exchange, the writers and poets emphasize the motley collection of jobs they've worked. Novelist and poet Dave Newman has been a truck-driver, bookstore manager, air-filter salesman. Essayist and poet Adam Matcho is an obituary writer who's clerked in a mall novelty store. Poet Stephanie Brae has slung coffee and worked for a company that builds museum exhibits. And Jason Baldinger "has spent a life in odd jobs," and if that's not enough, he just published a poetry chapbook titled The Studs Terkel Blues. But let the readers do all the work at this BYOB event. BO 7 p.m. 4754 Liberty Ave., Bloomfield. Free. 412-224-2847 or www.eastendbookexchange.com

Celebrate low-low-budget cult classics and more with the Ed Wood Pajama and Scopitone Party at the Hollywood Theater. The evening, presented by DJ Zombo, offers two Wood films — the alien-and-monsters thriller Plan 9 From Outer Space (1956) and the 1953 cross-dressing drama Glen or Glenda. Scopitones (short wacky films from the 1960s that are akin to music videos) will also be screened, and Vertigo-go will be on hand to play live music. If you're feeling competitive, come prepared for the trivia quiz and/or the "Wildest Pajamas" contest. Al Hoff 7 p.m. Sat., Aug. 30. 1449 Potomac Ave., Dormont. $10 ($5 if wearing pajamas). 412-563-0368 or www.thehollywooddormont.org

This space seldom touts $75 events, but LemonAID is unique. It's what happened when local Internet marketing entrepreneur Phil Laboon, just three weeks from his big wedding, suddenly had to call it all off. (Don't ask.) And of course, the gourmet food, open bar, DJ and ice sculpture at The Priory were already paid for. Left holding lemons, Laboon says, he's going on with the party — except now it's a fundraiser for Surgicorps International, an all-volunteer, Pittsburgh-based charity that sends doctors to developing countries to repair cleft lips, cleft palates, burn scars and other deformities. With help from a big raffle, and all proceeds going to Surgicorps, Laboon hopes to raise $50,000 tonight, enough to fund one Surgicorps overseas mission. All that, and you won't even have to do the Electric Slide. BO 6-11 p.m. 614 Pressley St., North Side. $75. www.eyeflow.com/lemonaid

In its 24th year, the Pittsburgh New Works Festival soldiers on. The biggest local showcase for new one-acts by playwrights from across the country is also a proving ground for area stage talent, with these comedies and dramas produced by small troupes. This year's fest runs Sept. 4-28, but it's warming up with evenings of staged readings at Off the Wall Theatre. Tonight, see "Roadway to Heaven," by Marla E. Schwartz (produced by Prime Stage Theatre); "Shadows," by Austin Uram (R-ACT Theatre Productions); and "Blowjobs in the Park," by Tyler Jennings (Industrial Gardens). The show is free. BO 7 p.m. 25 W. Main St., Carnegie. www.pittsburghnewworks.org

Blending traditional jazz values with modern R&B flavor, nationally known tenor saxophonist Kenny Blake has been an important part of the Pittsburgh jazz scene ever since the '70s, when he rose to fame as part of local fusion group King Solomon. And tonight, as part of BNY Mellon's JazzLive series, he's playing a free show at Downtown's Agnes Katz Plaza. Also a session player for the legendary Heads Up record label, Blake has played with groups like Cabo Frio and Pieces of a Dream, as well as being a part of the label's in-house supergroup. Tonight's performance features Blake in a combo setting, performing a mix of standards and contemporary pieces. DW 5 p.m. Seventh Street and Penn Avenue, Downtown. Free. 412-456-6666 or www.trustarts.org

"500 Miles," "Don't Stop Believing" or "Grenade"? So many choices for contestants at Steel City Karaoke, the new team-based karaoke league. This affiliate of the multi-city United Karaoke launches its 10-week season tonight, at the Bloomfield Bridge Tavern. The bracket-style competition for eight-member teams includes solo and group performance rounds. Today's also the last day to register — but even if you just watch, you can vote for your favorites. A season champ will be crowned in November. BO 7 p.m. 4412 Liberty Ave., Bloomfield. www.steelcitykaraoke.com