In 2013, fledgling theater troupe Hatch Arts Collective began exploring fracking; a short outdoor production led to a longer indoor work. Now comes Driftless, the final installment. In this evening-length play, a Washington County family and a Catholic priest confront the human and environmental impacts of deep-drilling for oil and natural gas. Hatch’s biggest solo production yet (following Chickens in the Yard, 2015’s collaboration with Quantum Theatre) gets four performances at the New Hazlett Theater; Adil Mansoor directs an ensemble including Ken Bolden, Trevor Butler, Siovhan Christensen, Alec Silberblatt and Tammy Tsai. While playwright Paul Kruse — who co-founded Hatch with Mansoor and producer Nicole Shero — based his script on interviews with people affected by fracking, the characters are fictional. Hatch approaches fracking from an environmental-justice angle, the idea that we shouldn’t have to choose between economic security and a healthy environment. “We’re only just beginning to understand what the effects of this practice are,” says Kruse. While Driftless admits pro-fracking perspectives, the organizations tabling in the lobby are advocacy groups like the Center for Coalfield Justice and Friends of the Harmed. Yet the show’s tone is often ruminative, even mythic, as it attempts to humanize not only the politics but the science of fracking. “What happens if we imagine,” asks Mansoor, “that heaven is at the core of the earth?” Bill O’Driscoll Thu., Aug. 11-Sun., Aug. 14. 6 Allegheny Square East, North Side. $15-20. www.hatcharts.org

Jon Lovitz is a familiar face (going back to Saturday Night Live) and voice (The Simpsons, The Critic), but he’s also something of a rarity. Lots of comedians turn to acting; Lovitz was two decades into a career as an actor when he gave standup a try. That was more than a decade ago. The funnyman’s latest road trip takes him to the Pittsburgh Improv, where he has five shows starting tonight. Bill O’Driscoll 8 p.m. Continues through Sat., Aug. 13. 166 E. Bridge St., The Waterfront, West Homestead. $30. 412-462-5233 or www.pittsburgh.improv.com

Two-time World Magic Award-winner and escape artist Michael Griffin will attempt dazzling and dangerous feats tonight at the Oaks Theater. Griffin, who’s been featured on America’s Got Talent and Masters of Illusion, will perform close-up tricks and daring escapes with touches of humor and, of course, audience participation for his show 50 Shades of Great. Griffin’s stunts have included surviving a public hanging and breaking out of Harry Houdini’s original underwater box. For an extra challenge, if this show sells 200 tickets by Aug. 10, Griffin will be handcuffed and chained to a cement block and dropped into the Allegheny River. Tyler Dague 7:30 p.m. 310 Allegheny River Blvd., Oakmont. $17-25. 412-828-6322 or www.theoakstheater.com

Photo by Charles “Teenie” Harris. Image courtesy of the Carnegie Museum of Art

The pitches were underhanded, the fielders went gloveless, and balls caught on one bounce made an out. In the 1860s, “base ball” was still in its infancy. But the Civil War-era game lives on in teams like the Somerset Frosty Sons of Thunder and the Addison Mountain Stars — the regional squads of re-enactors who’ll face off during Vintage Base Ball Day, at Meadowcroft Rockshelter and Historic Village. Also enjoy live 1800s music by Home Front; hot dogs and peanuts; kids’ activities; and a talk by Heinz History Center baseball curator Craig Britcher. BO Noon-5 p.m. 401 Meadowcroft Road, Avella, Pa. Free with admission: $6-14 (free for children under 6). 724-587-3412 or www.heinzhistorycenter.org

Dino Deluliis calls them “wire scribbles”: He started the first one to see whether he could sculpt a freestanding horse from a single uncut roll of wire. That horse — begun at the nose, finished at the tail — has led to plenty more works, and they do indeed suggest whorly graphite doodles, scaled up to 3-D. LIVE WIRE, an exhibit of this Pittsburgh-based freelance artist and illustrator’s new sculptures in welded steel and twisted steel wire, opens with a reception today at The Gallery 4. BO 7-11 p.m. (free). Exhibit continues through Sept. 24. 206 S. Highland Ave., Shadyside. 412-363-5050 or www.thegallery4.us

Maybe “the Perseids” don’t mean much to you. But what about “hundreds of meteors hurtling toward Earth’s atmosphere”? To see the annual Perseids meteor shower and get some exercise along the way, follow Venture Outdoors on a three- to four-mile hike tonight at Deer Lakes Park. Spots are limited. The Meteor Shower Hike will occur at the peak time to catch a glimpse of the “shooting stars” in the night sky. Make a wish! TD 7:30-10 p.m. 1090 Baileys Run Road, Tarentum. $12. 412-255-0564 or www.ventureoutdoors.org

For a while now, there’s been nothing else in town quite like Second Saturdays at The Space Upstairs. The BYOB happenings, organized by The Pillow Project’s Pearlann Porter, are casual, drop-in events anchored by a blend of live music, improvised movement performances and “live multimedia experimentations.” This month’s featured guest artists are Brandon Taylor, and Starbird and the Phoenix. BO 8 p.m.-midnight. 214 N. Lexington St., Point Breeze. Suggested donation: $10. www.facebook.com (“Second Saturdays at the Space Upstairs”)

Little kids always have that one stuffed animal they drag everywhere, innards coming loose or a button eye missing. The Children’s Museum of Pittsburgh would like that teddy bear or plush bunny to get a little TLC. Today through August, the museum’s hands-on MAKESHOP features a Stuffed Animal Care and Repair center to “operate” on beloved toys and teach children sewing techniques. TD 10 a.m.-4:30 p.m. Continues through Aug. 31. 10 Children’s Way, North Side. $14-16. 412-322-5058 or www.pittsburghkids.org

Imagine perusing the collection at the Carnegie Library of Pittsburgh when all of a sudden you hear the sound of singers and a guitar from the Quiet Reading Room. Far from piped-in Muzak, the library continues its live Sunday afternoon music series today with Sweetheart of the Barricades. A folk duo featuring Neil Gerjuoy and Vanessa Vesch, Sweetheart is known for masterful acoustic-guitar skills and vocal harmonies. TD 2-3 p.m. 4400 Forbes Ave., Oakland. Free. 412-622-3114 or www.carnegielibrary.org

Today brings probably the most dramatic setting for the Pittsburgh Parks Summer Reading Series. The Autumn House Press-organized reading bringing literature to the neighborhoods visits the Elliott Overlook, with its iconic view of Downtown and the rivers. The readers are locally based Craig Bernier (author of the fine short-story collection Your Life Idyllic), poet Patricia Jabbeh Wesley (who teaches at Penn State-Altoona) and poet Gerry LaFemina (who teaches at Maryland’s Frostburg State University). BO 4 p.m. Marlow Street, Elliott. Free. www.autumnhousepress.org 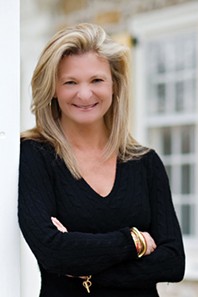 With true-crime shows sweeping the airwaves, it seems a whole new audience is primed for legal thrillers. What good timing for Lisa Scottoline, the best-selling author of the Rosato & DiNunzio novels, as she celebrates the latest installment, Damaged (St. Martin’s Press). The novel focuses on Mary DiNunzio’s new case, defending a young bullying victim accused of attacking a school aide. This evening, Scottoline discusses Damaged and the series at the Carnegie Library of Oakmont, courtesy of Mystery Lovers Bookshop. TD 7 p.m., 700 Allegheny River Blvd., Oakmont. $30 (tickets admit two and include a copy of book). 412-828-4877 or www.mysterylovers.com