Quantum Theatre’s new production, Red Hills, revisits the 1994 Rwandan genocide. But audience members won’t all see precisely the same play. As the evening begins, half the audience will be oriented by David, a white American author, the other half by God’s Blessing, a Rwandan man who met David in his home country 20 years earlier, as the killing played out.

After the separate orientations, the audience unites in the vast, airy space of a former recycling facility, with its 40-foot-tall roof, open at the sides to the Strip District. But a key theme of this world-premiere play by Sean Christopher Lewis is established. “Everyone gets the points they need to know to enter the story,” says director Katie Pearl. “It’s just a totally different perspective.”

The production is a collaboration between Quantum and long-running New York City-based En Garde Arts — an early inspiration for Quantum founder Karla Boos, whose company is now in its 27th season. En Garde founder Anne Hamburger developed the script with playwright and performer Lewis, acclaimed for one-man shows like Killadelphia and I Will Make You Orphans. (Lewis’ Dogs of Rwanda, an earlier version of Red Hills, still tours nationally.)

Red Hills is set in motion by a note from God’s Blessing to David, informing him that his book about the genocide contains “untruths.” David is played by Scott Parkinson, who has Broadway and off-Broadway credits, and God’s Blessing by Ugandan-born Patrick J. Ssenjovu. The actors, mic’d, will traverse an extra-large space (lent by Uber Advanced Technologies), with a big concrete platform serving as a natural stage, dressed with three junked cars and 23 tons of red dirt. Pearl says that the play asks, “What is authentic storytelling? How do you achieve that when you’re not telling the story of yourself, you’re telling the story of another?”

Style Week Pittsburgh returns for its fifth year, with the theme Style Meets Innovation. Four days of stylin’ events highlighting local designers and businesses begin with tonight’s Designer Fashion Show and after-party, at Coterie. On Fri., Aug. 18, it’s the Style Awards, at Alloy 26, on the North Side. On Saturday, the Ace Hotel hosts a pop-up market and the big Fashion’s Night Out party. The festivities wrap on Sunday with an Industry Brunch at the Frick Art & Historical Center. Bill O’Driscoll Fashion show: 6:30 p.m. (437 Grant St., Downtown; $20 or $50 VIP). Style Week continues through Aug. 20. Various locations and ticket prices. Schedule at www.styleweekpittsburgh.com

Last week, the multi-media group exhibition Cyclopean Stonewares and the Coming of Night opened with a reception at Unsmoke Systems Artspace. Tonight, a second chance to see the show is accompanied by a one-time, site-specific performance by the artists. Working as the 181, Brandon Boan, Abby Donovan, Tom Hughes and Jason Rhodes (based in Delaware, Oregon and Pittsburgh), will use an improvisational style and various gear to “create a light and sound continuum in which information is exchanged, repeated and reflected about the space.” BO 6-10 p.m. (free). Exhibit continues through Aug. 27. 1137 Braddock Ave., Braddock. www.unsmokeartspace.com

Back in the day, family photos from vacations, weddings and even senior bus tours were precious commodities, each print treasured. Such was Pittsburgh-based artist Scott Hunter’s inspiration for The Nonie Series. This collection of 50 oil paintings drew its imagery from a “small stack of faded, poorly developed Kodak prints.” The show at Artists Image Resource, curated by Jeffrey Jarzynka, opens with a reception tonight. BO 6:30-9:30 p.m. (free). Exhibit continues through Sept. 17. 518 Foreland St., North Side. 412-321-8664 or www.artistsimageresource.org

Being a fan of Big Fish, the classic story of a tall-tale-telling father and his son, could mean that you love Daniel Wallace’s original novel. Or it could mean you love the 2003 Tim Burton-directed film. It could also mean you love the 2013 stage musical, with music and lyrics by Andrew Lippa, which returns in a new production from Front Porch Theatricals. Starting tonight, at the New Hazlett Theater, this show stars the Pittsburgh-born, locally based Broadway and film star Billy Hartung (who is pictured with Kristiann Menotiades). Spencer Whale directs. Matt Petras 8 p.m. Continues through Sun., Aug. 27, various times. 6 Allegheny Square East, North Side. $24-30. 412-320-4610 or www.newhazletttheater.org

“The game of ball is glorious,” wrote Walt Whitman in 1846. He was talking baseball, but the sport was rather different then: no gloves, for one thing. Today, at Meadowcroft Rockshelter and Historic Village, take in a game played as it would have been in roughly that era. Vintage Base Ball Day features two vintage-style (and vintage-uniformed) clubs, the Addison Mountain Stars and the Somerset Frosty Sons of Thunder, play a double-header under 1860s rules. KQV radio’s Paul Guggenheimer emcees; traditional ball-park snacks will be for sale. BO Games at 12:30 p.m. and 2:30 p.m. 401 Meadowcroft Road, Avella, Pa. Free with regular admission ($7-15; free for kids under 6). 724-587-3412 or www.heinzhistorycenter.org 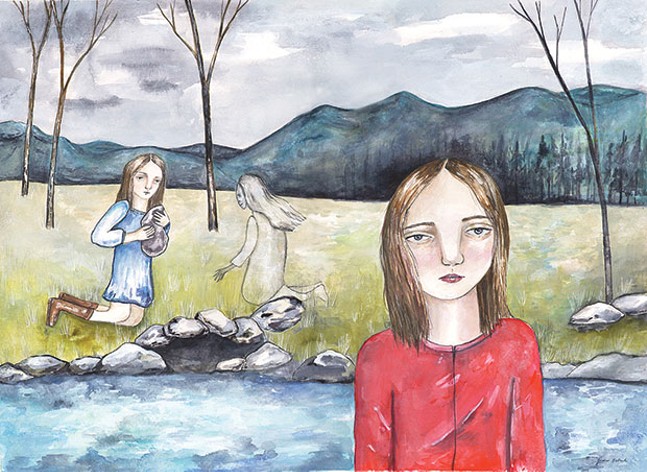 Rob Asaro’s touring standup/storytelling comedy show Made in America spins out of a 2006 confrontation with a psychic on Park Avenue in New York City — turns out, the woman’s account seems to be accurate. The show, which visits Steel City Improv Theater tonight, finds Asaro telling stories from his life. The comedian’s varied portfolio includes live and film work. He produced, acted in and wrote for two web series, Serious Business and Yellow Brick Hell. MP 8 p.m. 5950 Ellsworth Ave., Shadyside. $10. 412-404-2695 or www.steelcityimprov.com

The Pittsburgh Symphony Orchestra is preparing for the 2017 European Festivals Tour, but it won’t leave without saying goodbye. At tonight’s free send-off concert, at Heinz Hall, expect to hear works including Mahler’s Symphony No. 1 in D major and Beethoven’s Symphony No. 7 in A major, Opus 92. The conductor is music director Manfred Honeck, and violinist Jeremy Black is featured. While this event is free, reservations are required. MP 8 p.m. 600 Penn Ave., Downtown. Free. 412-392-4900 or www.pittsburghsymphony.org 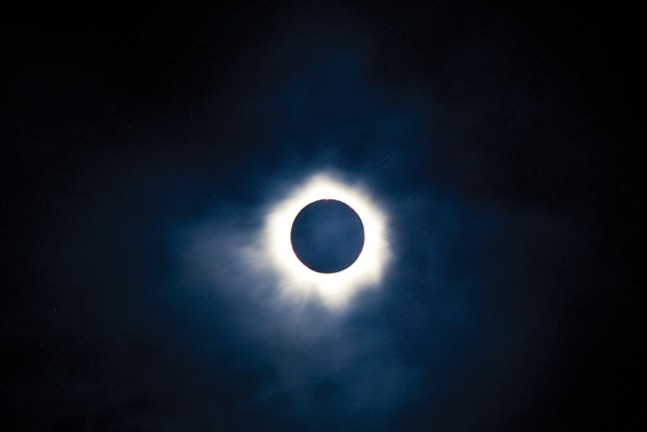 Don’t worry — it’s not Kim Jong Un blotting out the sun with a North Korean superweapon! Early this afternoon, the regular old moon will do the job itself, in the first total solar eclipse to hit the contiguous United States in 38 years. Pittsburgh does not lie in the scary-sounding “path of totality”: We’ll get about an 80 percent eclipse, starting just after 1 p.m. and peaking around 2:30 p.m. Local institutions marking the occasion include the Children’s Museum of Pittsburgh (www.pittsburghkids.org), which starting at 1:30 p.m. hosts an Eclipse Viewing Celebration in front of the museum, with special viewing glasses, eclipse folk tales and more. And free with museum admission, the Carnegie Science Center (www.carnegiesciencecenter.org) offers solar-observation equipment, eclipse-themed demos, and (for an additional $5) live NASA video feeds in the Buhl Planetarium. BO 1:30-4 p.m. Everywhere. Safety info and more at eclipse2017.nasa.gov 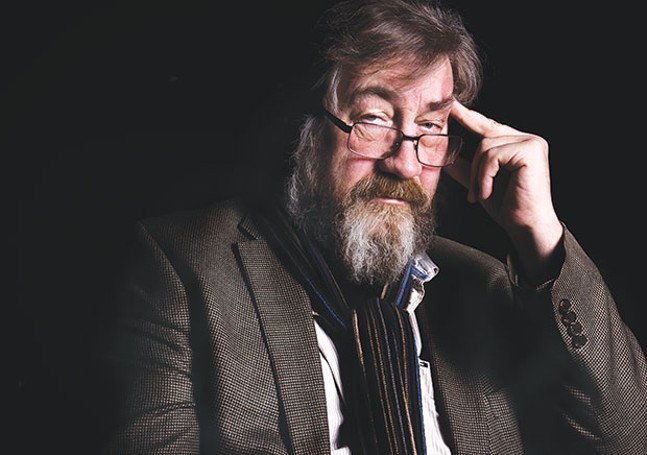 Dying on stage is one thing. But PICT Classic Theatre claims this might really be curtains for Alan Stanford. Favorite PICT actors join the company’s executive and artistic director for a fundraiser titled Murder at the Craft House: Who Killed Alan Stanford? It’s a reception and murder-mystery event, set in the historic home built in 1900 by the town of Crafton’s namesake. Audiences can play detective for five performances starting tonight. BO 7:30 p.m. Continues through Sun., Aug. 27. 8 Alice St., Crafton. 412-561-6000 or www.picttheatre.org