How a Pittsburgh girl became a Dutch country singer 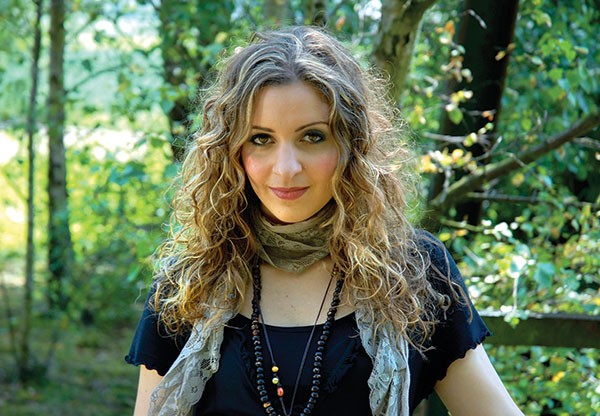 Kayleigh Leith is a local music success story of sorts. At least, as much as someone can be when they've been living in Europe for the better part of a decade.

Leith, a Swissvale native, never played out much when she was living here in Pittsburgh; she grew up in a musical family and sang in church and at school, but wasn't looking to make a splash as a musician. She only began writing music after a few moves — the last of which landed her in the Netherlands, where her husband, Rob van Disseldorp, is from. And that's how a Pittsburgh girl became a Dutch country singer.

"I met Rob at CCAC, in choir," Leith says. "We moved to Las Vegas for a time, and lived in New York. We'd lived in some big cities in the U.S., so we said, 'Let's try living in the Netherlands!'"

That was in 2005, and "[w]hen I moved over here, I never really thought about playing music on this level," Leith says. "I played in some cover bands and local coffeehouses. But coming over here from New York was such a big move. This is a proper village, with horses and cows — there's only about 1,500 people living in this area. I was going through kind of a low point; I was so far away from home, and I just grabbed my guitar and started writing like crazy."

Her husband, an audio engineer, told her, "These songs are actually kind of cool; why don't we play these at parties or whatever?" And when she did, Leith recalls, "People just went crazy about my songs! I'd never really considered myself a songwriter. I just always wrote my truth — I wrote what I knew, what I was going through. From there, it went — maybe I should make an album!"

That was the genesis of her first full-length, Miles Away, which she released in 2011. It's a document of that unsettled time in the songwriter's life; the title obviously alludes to finding oneself far from one's home in a very different setting, and some of the other tunes reflect a certain amount of longing.

Another hallmark of Miles Away is that, while the songs are overlaid with some country-music flourishes, at its heart is a lot of pop songwriting; it could be a crossover album. Country wasn't Leith's first love, necessarily; it grew on her as time went by. (She grew up listening mostly to gospel music.)

"The whole country thing came about — I heard Taylor Swift's first album and thought, 'Wow, that's a really cool sound.' And I started listening to Miranda Lambert, Keith Urban. I was still getting into writing. And I loved the new country thing, because it was something I could see myself doing."

When Leith went back into the studio for her follow-up, 2013's This Woman, she decided she'd found her voice and was ready to go all-out.

"Around the time of the first album, I was listening to everything — Miranda Lambert, but also John Mayer, The Band, a lot of Warren Haynes. For the second album, I decided I wanted to plant my feet in the ground and have a complete new country, Nashville-sound album. And that's what we got."

On the newer album, there's a rock 'n' country vibe; songs like "This Woman" and "Born Ready" recall some of the contemporary women of mainstream country, while Leith's voice is similar to no one so much as Jewel.

Besides finding her own niche on the new album, Leith worked with Nashville songwriters to write it; on her previous album, she'd worked with New Yorkers.

"Down in Nashville, they always say that's where the best songwriters in the world are, and that couldn't be more true; they were amazing," she says. "You grow so much, learn so much working with them, and that was inspiring for me."

Working with someone else on her songs wasn't a tough decision.

"I think we have a lifetime to grow and to learn, and two heads are always better than one. I wanted to learn how it really was in Nashville. How do they come up with their songs? I learned so much when I was there. It's an amazing experience."

While Leith hasn't done a full U.S. tour yet, she's played Nashville, and she'll return to Pittsburgh to play now and then — as with her sold-out show this Tue., Jan. 28, at Club Café. She also plays out and around Europe regularly.

"Everything in Europe is so close in distance," Leith says. "In Pittsburgh, you have to travel eight hours to get to New York. Here, I'm in the Netherlands, and I can drive an hour and I'm in Belgium."

It makes for intensely varied shows, she adds.

And how does her uniquely American art form go over?

"Country music isn't that big over here," she admits. "But I really think it's growing. And I don't want just the country scene to like my music; I want everyone to. I often hear, 'I don't even like country music, but I really like your music!'"