Sherman Alexie discusses Flight, his first novel in a decade. 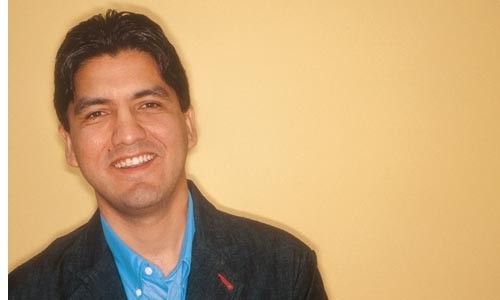 Sherman Alexie's new novel, Flight (Black Cat), uses a simple fantasy premise to show how complex the world is. The narrator is 15-year-old Zits, a troubled, half-Native American foster kid who goes on a shooting spree. A bank guard shoots him, but instead of dying Zits becomes a time-traveling spirit, his modern teen-age mind landing in bodies including a racist FBI agent battling Indian activists; an Indian kid at Little Big Horn; a U.S. Army tracker leading troops to an Indian massacre; an adulterous pilot who unwittingly befriended a terrorist; and a homeless contemporary Native American.

Alexie, 40, is the widely honored author of poetry and fiction including The Lone Ranger and Tonto Fistfight in Heaven and Reservation Blues; he adapted a story from the former as the screenplay for the film Smoke Signals. On June 21, Alexie visits Pittsburgh for the first time since 1995. City Paper phoned him at his home, in Seattle, where he was "laying on the couch watching Project Runway," he said. "I've seen this episode like 12 times."

How did Flight become your first novel in a decade?

The left's inability to see the United States as anything other than an imperialistic force in the world. That sort of leftist fundamentalism has very much alienated me. Especially when you're talking about the fact that I'm a reservation-born and -raised Native American who has this amazing career. That must say something good about the country.

We [Americans] get accused of so much, and certainly we're guilty of all sorts of violence and war and imperialism. But the world and the country is more than either side sees. It's that ambiguity I'm interested in exploring. As Zits himself says, "How do you tell the difference between the good and the bad guys when they say the same thing?"

Why have your body-hopping narrator remain himself, while experiencing host characters' emotions?

The book that influenced it was Slaughterhouse Five, which was [Vonnegut's Billy Pilgrim] being himself in different eras, so I just took it that one metaphysical step farther.

Can a character from a completely different time and place really understand what's happening?

I think about Little Big Horn. For most of my life I saw that day for what most people see it as: the victory of the oppressed over the colonial forces. And it was that. But at a certain point, the Indians started committing horrible atrocities against the last survivors and corpses of cavalry soldiers. Tortured soldiers to death. Cut off body parts. Cut off ears. Dismembered. Decapitated. Just evil, evil stuff. And so at a certain point, a military victory became a series of war crimes. And because it was a different era, does that really make judging it all that difficult? What it shows is that it's pretty easy to flip the switch between self-defense and murder. It's pretty easy to flip the switch between good and evil.

Some critics have said Flight reminds them of young-adult fiction.

Go find me the young-adult novel that has an 8-year-old Indian girl cutting off a cavalry soldier's penis and stuffing it into his mouth. Unless the next Harry Potter is called Harry Potter and the Gender-Mutiliating 8-Year-Old Girl.

I worked really hard at making my 15-year-old sound and act like a 15-year-old. And because I was highly successful at doing that, people assume it's for teen-agers.

Pittsburgh is the last stop on your book tour. Anything special planned?