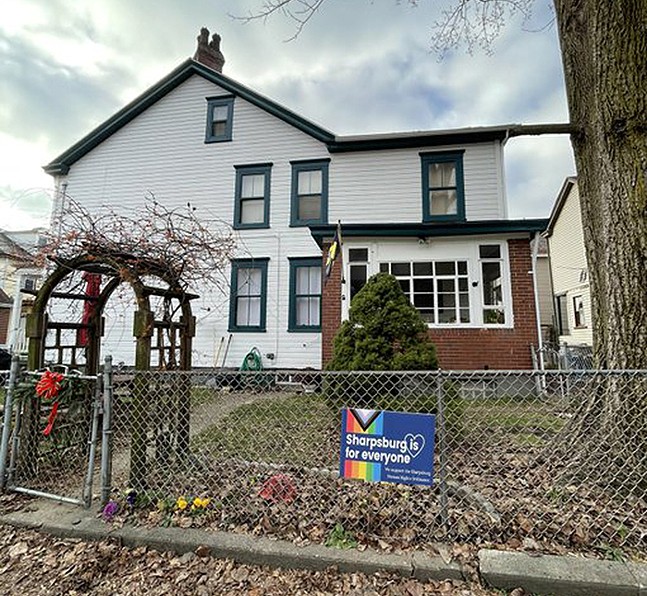 Tonight, I am delighted and proud to announce that Sharpsburg Borough Council unanimously passed our Human Rights Ordinance which extends protections to our LGBTQ+ community by closing gaps in state and federal law! ... pic.twitter.com/1GGwkQO25H

Allegheny County has offered these protections for years, but many municipalities within the county have opted to localize their protections so discrimination complaints can be submitted to borough officials instead of county officials. Sharpsburg now becomes the sixth municipality within Allegheny County after the city of Pittsburgh, Ross, Mt. Lebanon, Etna and Crafton to pass their own LGBTQ focused nondiscrimination ordinance.

The ordinance passed 7-0 last night, but as local LGBTQ site QBurgh notes, the vote was still a bit contentious. Councilors Joe Simbari and Gregory Domain, who voted against the ordinance in October, complained about receiving complaints about their votes, and alleged that those complaints did not come from Sharpsburg residents.

“Getting the PA Fairness Act remains our top priority at the state level. Absent that, we rely on our local towns and cities to send a clear signal to their LGBTQ+ residents that discrimination is not welcome,” says Ptak. “We’re thrilled that Sharpsburg has joined the growing list of PA municipalities with a nondiscrimination ordinance — and that with 65 laws on the books, Pennsylvania now has the highest number of LGBTQ+ inclusive ordinances in the nation.”