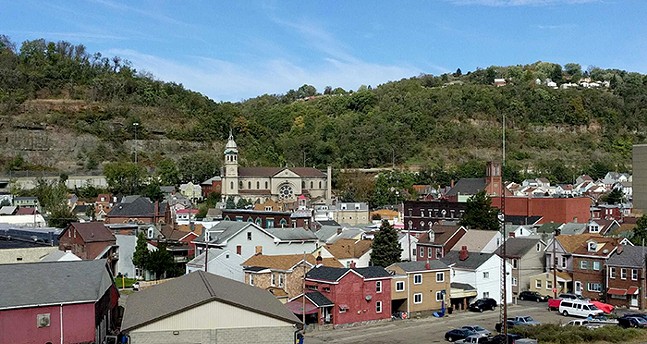 Pennsylvania civil rights law has protections for people based on their race, religion, sex, national origin, and disability status, but doesn't include LGBTQ people. Meaning LGBTQ Pennsylvanians who live outside of municipalities with protections can be evicted or denied public accommodation without legal recourse.

It is left to municipalities and their councils to decide whether or not they want to pass nondiscrimination ordinances to protect LGBTQ individuals from discrimination like wrongful evictions. Allegheny County, which Sharpsburg is a part of, offers LGBTQ residents these protections, but some municipalities within the county — like Pittsburgh, Ross, and Mt. Lebanon — have localized those protections so residents can file complaints directly to their borough or city.

The Sharpsburg Borough vote was 4 to 3 to reject the ordinance. The council is entirely made up of Democrats. Sharpsburg is a borough just outside the city limits of Pittsburgh, that is home to about 3,300 residents.

City councilors Jonathan Jaso, Karen Pilarski-Pastor, Joe Simbari, and Gregory Domian all voted no on the ordinance, claiming it lacked enforcement mechanisms and statute of limitations of the discrimination claims. Council read a statement from the Sharpsburg Solicitor Michael Witherel with the same sentiment.

Council President Brittany Reno, who voted yes for the ordinance, said a localized ordinance would make it easier for Sharpsburg residents to file, compared to Allegheny County’s complaint process, and instead would appoint local Sharpburgers to gather and hear complaints. “The biggest issue in getting people to actually successfully file and complete the filing process, was how cumbersome it is,” Reno said. “I think the fact that this local ordinance creates a group of caring people who are smart and educated in this topic [of discrimination] and the law and in the process of filing at the higher level gives a support that is not redundant and doesn’t exist already.”

Reno also said the first draft of the ordinance had an enforcement mechanism, but council members had issues with it, so the provision was no longer in the updated draft.

“There is deliberately no enforcement mechanism because this is meant to be first line of defense,” Truman said. “Imagine how much more comfortable you’d feel as an aggrieved party coming to a body of your peers in your own neighborhood to speak this through candidly as opposed to going through bureaucratic, state, county, red tape, forms, waiting lists. There’s hardly a case against it.”

Simbari said he supported the LGBTQ community and claimed his vote against the ordinance had no opposition to that support.

Moreover, Simbari argued there were already adequate resources for the LGBTQ community.

“If any landlord comes to you and says I’m not letting you live here cause you’re gay, because you’re transgender, because you’re bisexual. You have recourse," said Simbari. "They cannot say that to you. Don’t think that we need to pass this bill for you to be covered because you are covered.”

Sharpsburg resident Carrie Tongarm, who is also a lawyer and a member of the LGBTG community, took issue with Simbari’s and Domain’s claims. Tongarm said age discrimination is already protected under federal law, but there is no federal law for LGBTQ discrimination.

“If you are denied employment because of your age that is actually against federal law. There is federal law in place to protect folks against age discrimination. There is no such law in place that protects me if I am told I can’t work somewhere because I am gay or trans or queer,” said Tongarm. “That is the goal of this ordinance to provide a longer list that is inclusive of more protective classes than is currently included at the state level.”

Tongarm said she appreciated the city council for the time spent on educating themselves and the energy spent looking into the laws on their agenda.

She clarified that this ordinance would help create a system in which people could easily navigate and mediate claims of discrimination across the entire spectrum of groups of people in Sharpsburg.

“So not only does this ordinance fill a gap it also protects everyone at the local level and yes I am a privileged person, I navigate the law. I understand that if I’m aggrieved I can go through a process. Not everybody has the same comfort level. In the same way, you know I'm not going to call the state troopers if my house is broken into. I'm going to call the folks who live in my community, the folks who walk the streets in my community, you know who have the resources, and have the best intelligence on how to help me.”

"As of this month, 59 municipalities in Pennsylvania have LGBTQ nondiscrimination ordinances on the books. And we're proud to have supported and been involved in the passage of many of those in western PA," the Board of the Steel City Stonewall Democrats wrote in its statement. "Yesterday, Sharpsburg's Council had the opportunity to join that list. Unfortunately, the proposed anti-discrimination ordinance failed to pass when presented for a vote ..."

"Despite the progress we've made, there is still no comprehensive law banning LGBTQ+ discrimination at the state or federal level," the statement continued. "Absent this, we rely on our local governments to send a clear signal that all people, regardless of gender identity or sexual orientation are free to live their lives without fear of harassment or violence."

Their full statement can be read below.

STATEMENT From the Board of the Steel City Stonewall Democrats: Sharpsburg Council Fails to Protect Its LGBTQ+ Residents pic.twitter.com/uxuxTtFPKl

This story has been updated at 12:30 p.m. on Sat., Oct. 24 with the statement from Steel City Stonewall Democrats. 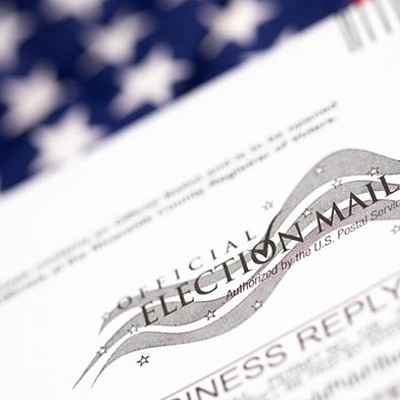