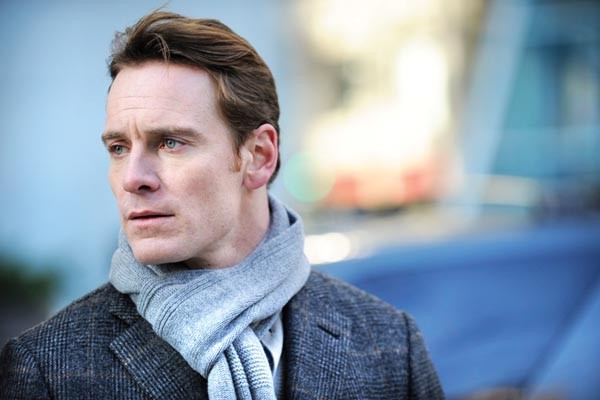 For all of its hype and graphic sex — CAUTION: there's really not that much of the latter — the well-made and often-interesting character study Shame is pretty routine. There are no new insights or emotions, and some choices do more to advance plot than character. It's about sex addict Brandon (Michael Fassbender) and his waifish visiting sister (Carey Mulligan), both of them damaged by circumstances that writer/director Steve McQueen (Hunger) never reveals, let alone explores. Where she craves connection, he eschews it, and her presence upsets the flow of his solitary erotic life (porn, hookups, hookers, solo nooners, etc.). McQueen favors long takes and dialogues that demand a lot of his capable actors. But ultimately, he doesn't know what to do with his premise, and he's better at quietly dissecting his milieu — New York corporate sharks with great apartments, as in American Psycho — than Brandon's descent into ignominy (if you even believe Brandon should feel that way). Shame takes a back seat to better films like Crash, Last Tango in Paris and In the Realm of the Senses, reminding us yet again that absolute sex corrodes absolutely. So I'm still waiting for a drama about people who can make endless love and not end up in a gutter.  Manor