Thoughts on climate crisis, injustice, and what’s been the summer of 2021 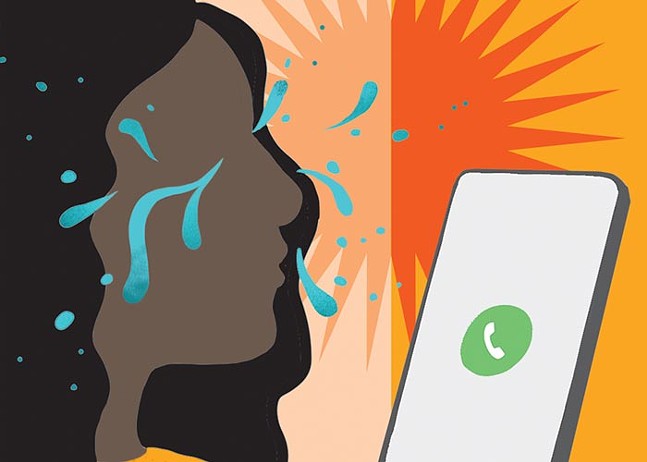 CP illustration: Lucy Chen
I was in a complete Viola Davis in Fences crying mode. Eyes draining tears, nose leaking, mouth drooling and turned into a frown as I tried to explain my overwhelming sadness to my father over the phone. I talked and talked. Well, I squawked and squawked. After a few minutes, I was actually surprised how patient he was. There was a pause, I was finally silent and caught my breath in that hard-to-find-the-air moment after crying. But when the hurt from my heart escaped through the words from my lips, I was calm enough to listen.

I was taken aback. He clearly did not understand the full extent of my pain. After I finished a shorter, more focused version of the story, I expected him to come to “my side” in clarity. Yet, he only repeated the same three little words again.

This time I listened. I think my head, neck, and shoulders sighed in understanding. “Oh, OK, what you’re saying is, Dad, what you mean is, ‘That happened and what am I going to do about it?’”

Which brings me to where we are as humans on planet Earth. As a Black woman, I am aware that not all of us on this planet have contributed to our climate crisis, democracy crisis, health crisis, and all of the other injustices going on in the world around us. But as an American, I know I have done more damage than I would like to admit or to be able to easily quantify and not only because I am horrible at math, but because while we can physically see much of the damage, we have yet to feel the damage we have caused.

So what am I going to do about it?

Option 1. Give up. This is the easiest, and, I think, from the major media reports, expected — maybe even hoped for — approach. You see, if we give up on the planet, the plants, the animals, and each other, well ... We’ll probably just spend as much money as humanly possible. “Let’s eat and drink because tomorrow we die.”

Wear that plastic out. Swipe away, spend it all away. Maybe at some point, when it is safer, the 2020s will mirror the roaring 1920s in its bacchanalian revelry? Maybe it already is? Is that what this time now is shaping to be? This push and pull of, “I must go out and party. I have been in the house too long” vs. “I am scared of everyone out there, and I have no desire to see another living soul.”

Option 2. Fight. I do not mean boxing gloves, I mean thinking cap, work gloves, and pushed-up sleeves. Even within the seemingly hedonistic, “Let’s eat and drink because tomorrow we die” lies a space to pause and reconsider what action comes next, as this sentiment is taken from the Bible.

The ephemeral nature of life is also in that statement, as is value and celebration of what is here. The glorious beauty of what we have is in there, too. That sentence is a call to action because tomorrow is the day to fight for what is valuable. I think the Earth in its present flawed form with all of its species are worth fighting for. Even if we had a hundred planets to choose from, I’d still choose Earth.

Option 3. Sit on the Fence. Now, this is not the same as giving up. Sitting means staying in the same place. Doing nothing in the fight but also thinking that you’re “not making things worse.” Using Martin Luther King Jr.’s words, “The silence of our friends.” We won’t forget those silences.

Based on our limited and miseducation in schools, the Eurocentric curriculum is filled with men and wars. You think this is who humans are, that this is all we can do. Forgetting that most of human history, most of the human experience is not written down at all.

So much of our innovation, knowledge, community, and love for each other is not known. How dangerous would it be to know of sharing resources that got us from Southern and Eastern Africa as a species to spread throughout the world? I think only a balanced and considered approach to nature, to resources, in gender, in culture, and more could make us successful enough to exist to this day.

What species of animals destroys its own habitat? Is that civilization? What side are you on? If it is not clear already, I choose option 2. I will fight. I may cry at times like Davis’ Rose Maxson, but I won’t give up.

Please understand, I have survived apocalypse in my DNA, I am a Black woman from Pittsburgh after all.