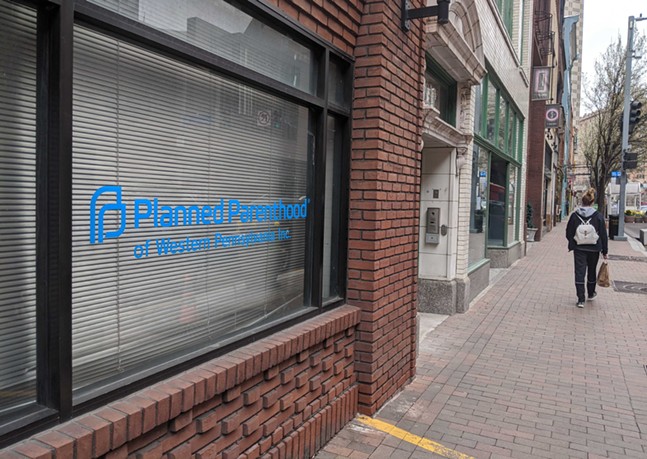 Today, Save PPPA rejoiced online over the news that Callen was no longer with the reproductive health care provider and advocacy organization. In a letter released on its website, the group waged a long list of allegations against Callen, including that she has engaged in or enabled transphobic, racist, and anti-abortion rhetoric, and launched a sudden restructuring that would put many of the organization's employees out of work in the midst of a pandemic.

Our biggest demand has been met! This fight is not over for us. The staff at PPPA is committed to fighting white supremacy in our workplace. Stay tuned tomorrow for more news! pic.twitter.com/Ts8Tbhy6aA

After its release on Nov. 25, over 1,000 donors, volunteers, supporters, partner organizations, and politicians signed the letter in support of Callen's resignation and Save PPPA's demands.

Callen offered her resignation to the board on Tuesday night, according to an article from the Daily Beast.

The group also believes that Callen's actions speak to larger issues within Planned Parenthood, not only in the western Pennsylvania affiliate but on a national scale.

Leading up to her resignation, Pittsburgh City Paper spoke with several representatives from PPPA, a volunteer-driven arm of the organization that works to generate public and political support for Planned Parenthood throughout the state. All of them expressed frustration over being ignored or disregarded by Callen since she took over the position in March. Others claim her poor leadership has made their jobs more difficult, especially when it comes to messaging.

This includes an election mailer sent out to supporters that appeared to stigmatize abortion. A document provided to CP shows a man and woman accompanied by the text, “We don't support abortion personally, but we definitely don't think Valerie Gaydos should have a say in other people's health care decisions,” referring to local state Rep. Valerie Gaydos (R-Aleppo).

“It could have been sent out to patients, supporters, voters — everyone,” says Ky Ciccone, a PPPA field organizer in Pittsburgh, who adds that they found the mailer “disgusting” and antithetical to what PPPA had been doing to train political candidates on using the term “abortion” positively and talking openly about it.

Ciccone says PPPA staff had no knowledge of the mailers until much later and claimed that, when confronted about it, Callen brushed it off. 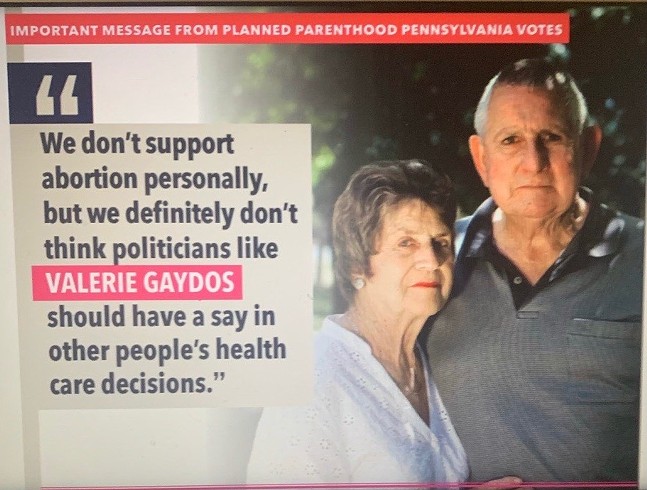 Mailer sent by PPPA
Her reaction speaks to what Ciccone and others see as defining Callen's leadership. None of the staffers had ever met Callen and had limited interactions with her over video calls. Even then, the general impression of her was that she was dismissive, disrespectful, and unwilling to listen to concerns posed by PPPA staff.

“We didn't really get anything from her,” says Peter Fair, a PPPA field organizer for Central Pa. “It really was a hands-off approach.”

And the issues did not end there. Fair says they experienced a lot of push-back from Callen about changing the language on mailers to be gender inclusive and to stress that Planned Parenthood was a reproductive health organization that did not just serve cis women, but men and LGBTQ people.

PPPA digital organizer Aspen Christian experienced a similar situation when they reached out to Callen about planning a campaign around International Pronouns Day, something the organization had celebrated before with fun promotional materials. They claim Callen waited until the day before the event, and then only sent out a mass email to the staff.

Others recall instances where Callen ignored racist or transphobic remarks or actions. During a conference call, Cortney Bouse, the PPPA regional field director for Western Pa., says Callen failed to call out a hired contractor for referring to undocumented immigrants with the derogatory term “illegals.”

Bouse adds that staffers were also frustrated with Callen and the board's apparent refusal to release statements calling to defund the police in the wake of the Black Lives Matter Movement or to abolish the U.S. Immigration and Customs Enforcement (ICE), especially after Vox broke a story in September alleging that women detained at an ICE detention facility in Georgia were undergoing forced sterilization.

Then, on Mon., Nov. 23, Callen announced a sudden restructuring of the organization, one that would eliminate some of the already lowest-paid staff, among them one of PPPA's few full-time Black employees. Staffers claim that they were given the option to stay or take a severance package, the details of which were never disclosed. They were expected to make the decision before the Thanksgiving holiday.

“We were all caught very off guard,” says Ciccone.

The restructuring included eliminating three main regional field director positions down into two deputy roles, only one of which would be filled internally. Bouse says this put her in a difficult position where she had to choose between leaving or applying for the internal-hire position.

“It's very cruel and kind of fucked up that, we're in a pandemic, we work for a health care organization, we care about people having health care, basically to make me decide to compete for this job with two colleagues,” says Bouse.

After the announcement, staffers claim they were promised one-on-one meetings that never happened or were canceled at the last minute, leaving them all wondering when and if they would still have a job.

Now that Callen has stepped down, Save PPPA believes work still needs to be done.

Today, after Callen's resignation, the board of PPPA released a statement saying it is “committed to racial equity and an inclusive environment for all who work on behalf of our mission, and we take the PPPA staff’s charges of racism and inequity seriously.”

The statement goes on to say that the board of directors would “work closely with the senior leadership team to immediately launch a deep examination of the issues raised in the November 25 open letter.” It also listed commitments to anti-racist training for the board of directors, executive director, and the senior leadership team, conducting an audit of all external and internal communications, and creating more equitable and inclusive policies, procedures, and hiring practices.

“Our nation’s history of structural racism, including reproductive oppression and implicit bias, has a profound impact on all of our institutions,” says the statement. “We have to continuously and strenuously challenge this in our own organizations and our own leadership, take responsibility for the things we need to change and work to improve. PPPA’s investment in that work will continue."

However, Save PPPA has some misgivings about the board, especially since one of the members is Planned Parenthood of Western Pennsylvania CEO Kim Evert. Evert was included in an August Buzzfeed News article that delved into the culture of racism in Planned Parenthood and NARAL, another prominent reproductive-rights organization. In it, Evert was accused by former employees of refusing requests to implement a diversity and inclusion training and a mentorship program that would address the “glaring lack of diversity” among PPWP staff.

In the article, Evert responded to the allegations by saying, “When our staff speak out about our failures to live up to our values, we must stand with them. The leadership of PPWP is committed to directly addressing our own internal and structural racism and confirming our commitment to end implicit bias and structural racism within our organization.”

It was also alleged that PPWP management fostered a culture of blatant racism and discrimination, where supervisors berated Black and Latinx employees and made them perform demeaning tasks.

Ciccone finds Evert's inclusion on the board abhorrent and says it's indicative of how Planned Parenthood feels about creating a welcoming, functional space for staffers.

“I would like folks to know on a large scale the Planned Parenthood board structure is created in a way that drastically concentrates power in the hands of folks who don't care about us,” says Ciccone.

Bouse and Christian both agree that the PPPA board has been kept from them under a shroud of secrecy and gatekeeping, while others admit that they have little to no knowledge of its members' identities. Bouse believes, in order for any positive changes to be made, PPPA organizers should be directly involved with the board and have some say in how the organization is run.

“The board does not reflect the progressive values or broader vision of reproductive freedom,” says Bouse. “We don't have a seat at the table.”

Fair believes many issues are connected to the fact that Planned Parenthood leadership does not reflect the people the organization claims to serve.

“Our patients are overwhelmingly young folks, people coming from low-income backgrounds, folks of color, and LGBT folks,” says Fair. “And in our staff, anyone who is above a clinic level nurse is more often than not an older white women.”

Fair adds that Planned Parenthood, which has long positioned itself as a women's health care organization, has been slow to change when it comes to representing not only people of color but the LGBTQ community. Fair, whose work covers a 37-county region from State College, Pa. to around Philadelphia, says that they have experienced being misgendered while on the job and that some state Planned Parenthood affiliates have yet to install gender-neutral bathrooms. They claim state Planned Parenthood affiliates have also been slow to adopt trans-inclusive health care.

Christian, who, like Fair and Ciccone, uses they-them pronouns, agrees that, in addition to accusations of racist behavior, Planned Parenthood as a whole has been less than accommodating to LGBTQ patients and staff.

“This is a national problem embedded in a lot of affiliates,” says Christian. “We're one example of a larger problem.”

While the support around and subsequent resignation of Callen is a big step towards addressing problems within PPPA, Fair believes it's time to take a stand, as diversity and inclusion training and discussions have clearly not gotten through to the organization's leadership.

"It's just time for folks to either get on board or get out," says Fair.

CP will update this story as new details come in.