From major labels to shows in basements, people abuse their power

It’s impossible to exist in this news environment and social-media landscape without seeing hundreds, probably thousands, of posts with the hashtag #MeToo. #MeToo is a social-media campaign arising from the new reports and subsequent revelations about Harvey Weinstein. The longtime Hollywood producer has been accused by dozens of women of harassment, repeated predatory behaviors and sexual assault. Many report that such violations occurred when they were young actresses at the start of their careers.

But this isn’t just a Hollywood problem. You’ll find it in all workplaces and settings, and the music industry is no exception. From major labels to shows in basements, people abuse their power. It is a symptom of the patriarchy at play. Unwanted compliments, physical touching and repeated verbal harassment is something that is commonplace in the music industry.

This is especially true for women in the industry; you’d be hard-pressed to find a single individual who doesn’t have at least one story about being made to feel uncomfortable because of unwanted advances in the music workforce.

As someone who experienced sexual violence and countless encounters of sexual harassment, from age 15 on, in a little suburban DIY scene, I’m all too familiar with the pattern. Someone in the scene, be they older or more experienced or both, approaches a younger individual or someone new to the scene and industry. They groom you with compliments and a false sense of friendship, and then they take advantage. It is likely that you are not their first victim, and you likely won’t be their last, either.

After the traumatizing encounter(s) with the perpetrator, it is hard to feel like you have any power to right the wrong you’ve experienced. Power dynamics, be they real or perceived, can be absolutely silencing, especially if the person who abused you has social capital.

And if you do come forward to warn others, or approach justice from a community angle, it is certain that you will be met with skepticism and doubt from some of the people in your scene. It’s especially tricky when the harassment is dealt by a male and received by a woman or nonbinary individual, as the age-old write-off of “he’s always been cool to me” is still used as a valid excuse to excuse behavior that is repeated, intentional and predatory.

Music, much like theater, film and other art forms, should be a place to escape from the harsh reality of the world we live in. Until power dynamics are acknowledged and dismantled, however, it will remain a place where harassment is expected by those who experience it and ignored by those who wish not to acknowledge the evil in their own realm.

If you see something, say something. Do something. Take a bystander-intervention course, or start an anonymous Google doc where people can tip others off about serial abusers in the community. Confront people in your life who you see exemplifying those kinds of predatory behaviors and guide them to the resources they need to change their ways.

If you’ve been the victim of assault or harassment, there are so many resources in Pittsburgh for survivors. Two of the most prominent are Pittsburgh Action Against Rape and the Women’s Center and Shelter of Greater Pittsburgh (412-687-8005).

Change can’t start until we start talking candidly about it.

Where to turn for help 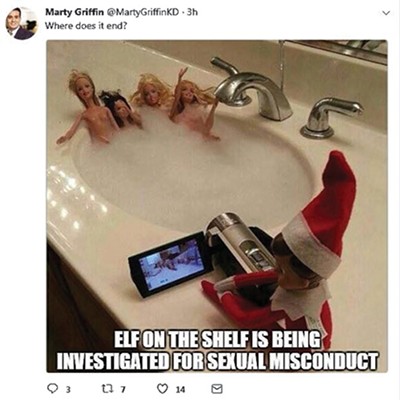