“Everything is less disgusting when you are with someone you are more excited by.”

Participate in a survey on sex (or lack thereof) in long-term relationships conducted by CMU researcher George Loewenstein. Participants must be 18 or older. Here’s a shortened link to the survey: bit.ly/2kxazNo

When the sex isn’t what you expect, it’s sometimes a nice surprise. But surprises might be less welcome when research about sex climaxes differently than you imagined.

In 2015, researchers at Carnegie Mellon University published what they called the first study to examine whether having more sex made people happier. Sixty-four healthy married male-female couples, all spouses ages 35 to 65, were assigned to one of two groups: One set received no instructions on sexual frequency, while the second group was asked to double their weekly incidence.

Lead researcher George Loewenstein’s hypothesis, he says, was that “people don’t naturally have as much sex as is good for them,” so they’d appreciate the nudge, as it were. But surveys filled out by the couples before, during and after the study, along with daily online questionnaires, didn’t back him up: While couples told to boink more did so, they actually reported a small decrease in happiness, along with less sexual desire and less sexual enjoyment.

Loewenstein was similarly disappointed with the outcomes of a study that he’s still writing up. This one looked at the relationship between sexual excitement and — wait for it — disgust. His idea was that many common sexual practices, even one so celebrated in song and story as kissing, are “inherently disgusting,” he says. And he means that clinically: Disgust research (which is a thing) finds that humans consistently identify bodily secretions as the “the height of disgust.” Loewenstein wondered whether eagerness to engage in icky behavior with someone is actually a measure of how attractive you find that person: a mutual signal that “this is gross, but you’re so hot I don’t care.”

This study didn’t involve actual sex. Instead, more than 400 participants were given a list of 20 sexual practices that started with the nondisgusting — like hugging — and proceeded to moister behaviors like kissing and French kissing, then dutifully onward to swallowing semen, rimming and golden showers. Participants were asked to imagine being with a partner they were very sexually excited by, one whom they were not so excited by but would or did have sex with, and one whom they would not want to have sex with. Then they were asked how exciting or disgusting they would find it to do each of the 20 behaviors with each sort of person. Loewenstein predicted that the behaviors that participants would find most exciting to do with someone they were very excited by would be judged most disgusting if done with someone they were less excited by, or whom they wouldn’t want to have sex with.

But it didn’t work out that way. While the surveys revealed that “[e]verything is less disgusting when you are with someone you are more excited by … the hierarchy of disgustingness is the same,” he says. In other words, behavior involving more bodily fluids — even stuff like licking a partner’s sweat — was seen by most people as disgusting, regardless of the company.

Research involving other kinds of bodily fluids and sex has also turned out differently than many people think. You’ve probably heard of pheromones — chemicals that, when smelled, cause a reaction in creatures of the same species. And cued by reports of research into insects and other animals — or maybe just by perfume ads, sitcom punchlines or daydreaming — you might believe that humans, too, emit compounds that can prove irresistible to whichever people one might wish to prove irresistible to.

So, we’re all just puppets of chemistry, right?

Eh, probably not. It’s true that certain chemicals in our bodies can affect the physiology of other humans (what scientists call a “primer” effect) or their moods (“modulator” pheromones). But so far, no one’s found the human equivalent of the pheromones that cause an immediate need to couple as emitted by, for instance, female silkworm moths or male wild boars. In fact, “no scientifically rigorous study using human secretions has led to the isolation and chemical identification of a true human pheromone,” according to organic chemist George Preti.

Preti, of the Monell Chemical Senses Center, in Philadelphia, is no less than a co-author of the aforementioned underarm study. He’s also a go-to media debunker of the human-pheromone myth. Preti acknowledges that human pheromones might exist. But, he says, we’ve not yet found them, and even if we did, there’s no evidence that they’d produce the same “involuntary attractant response” as insect or animal pheromones do.

Which brings us back to the visual inputs and other social cues that researchers like Preti say greatly override any chemical signals we’re getting about who’s desirable. For instance, Loewenstein’s disgust study, he says, revealed “the overall prudishness of the subjects” — though he admits the results might have been affected by the fact that all the participants were CMU alums. “They probably tend to be pretty nerdy,” he says.

With the study on frequency of sex and happiness, researchers guessed that what got participants down wasn’t having all that sex per se, but being required to have it. The key, Loewenstein says, might be having sex that’s enjoyable. One unpublished study he co-ran, he says, found that “people did enjoy sex more … if they reported that they were learning new things about their partner and they were trying new things.”

Loewenstein, by the way, isn’t a sex researcher by trade; he’s an economist (married since 1985) who mostly studies decision-making with implications for public policy and neuroscience, and whose papers have titles like “Neural Predictors of Purchases.” But every so often, he does a sex-themed experiment because “it’s such an important aspect of life and it seems so understudied to me. There’s so many fascinating unanswered questions.”

His latest question is, “What keeps excitement alive in long-term relationships?” To participate, see the sidebar to this article for a link. 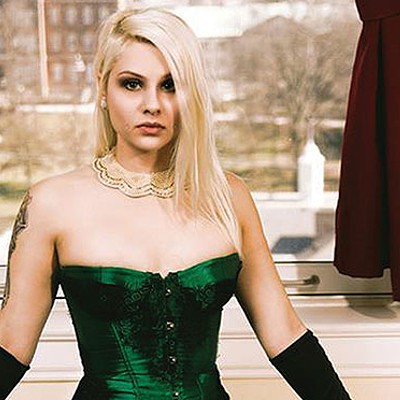