A performance by a Pittsburgh legend, stories from inside a Pittsburgh penitentiary, and more virtual events this week in Pittsburgh 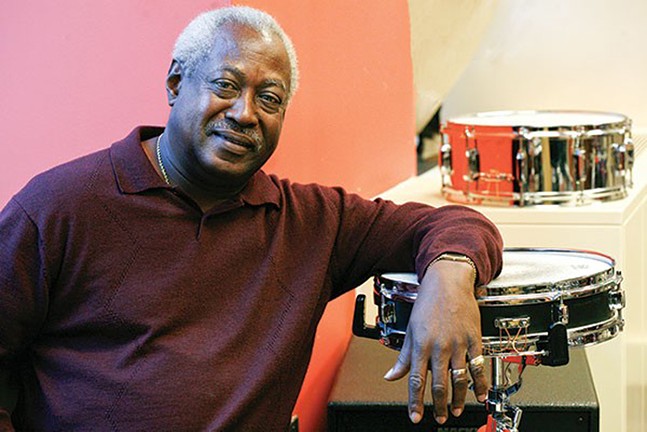 Fri., Jan. 8
FILM • VIRTUAL
Watching more movies than ever at home during the pandemic? Don’t forget to give your local theaters a little extra love, too. Today, the nonprofit, independent Tull Family Theater in Sewickley releases the 2020 comedy I Blame Society about “a struggling filmmaker who realizes the same skill set to make a movie is the same to commit the perfect murder.” Among the other diverse selections available to stream include Citizens of the World, Sol, and Tazzeka. $10 for three-day rental. thetullfamilytheater.org

Sat., Jan. 9
ART • IRL/VIRTUAL
Winter in the Mon Valley is a beautiful time to take photographs outdoors. And when you’re being guided by a Pulitzer-Prize winning photographer, the results are sure to be successful. Nature Photography with Martha Rial, a mix of location-based in-person photo shoots and virtual Zoom feedback sessions, will help photographers enhance their skills from a seasoned pro. Hosted by Venture Outdoors, participants will also learn how the environment has been impacted by industry and document how nature survives. 9-10:30 a.m. Free with registration. ventureoutdoors.org

Sun., Jan. 10
LIT • VIRTUAL
City of Asylum presents its first Free Association Reading Series of the year featuring three Pittsburgh writers. Susan Buttenwieser, who teaches creative writing in New York City public schools in high-poverty neighborhoods, wrote the short story collection We Were Lucky with the Rain. M. Soledad Caballero is a professor of English at Allegheny College and an award-winning poet, published in the Missouri Review, Anomaly, and more. Sam Pittman is the author of Mostly Water, which won the 2016 Rane Arroyo Chapbook Prize from Seven Kitchens Press. The virtual evening of live readings will be co-curated by writers Pat Hart and Marc Nieson. 5 p.m. Free with registration. alphabetcity.org 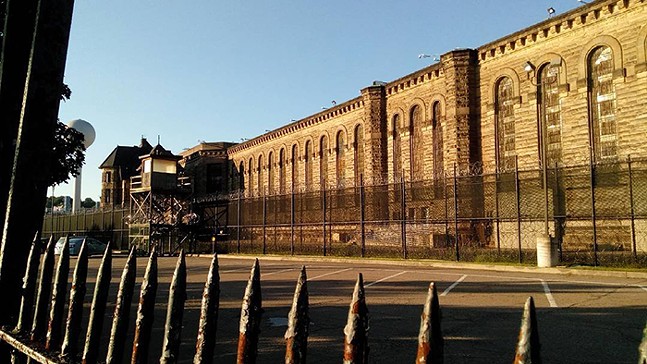 Photo: Courtesy of Doors Open
Western Penitentiary
Mon., Jan. 11
LIT • VIRTUAL
Western Penitentiary, a 21-acre state correctional institution built in 1882, was located about five miles from Downtown Pittsburgh, until it was shuttered in 2017. Western Penitentiary: Life and Death Inside the “Wall” is presented as part of the DOORS OPEN Pittsburgh Stories series, hosted by DOP tour curator and board member Pam Gianni, Expect “stories of escape, madness, and brutality,” according to the event description. 7:30 p.m. $5. (Pay what you can.) doorsopenpgh.org

Tue., Jan. 12
TALK • VIRTUAL
Heavy, concentrated industry polluted the Pittsburgh region for decades, even if things are now improving. Delve into that history, and the recent changes, with What's Past is Prologue: Industrialization & Changing Landscapes, sponsored by The Frick Pittsburgh. The discussion will focus on the legacy of industry in Pittsburgh, and the impact industrialist and philanthropist Henry Clay Frick had on the city's natural surroundings. 7-8 p.m. Free with registration. thefrickpittsburgh.org 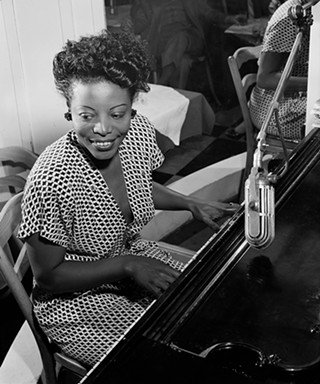 Photo: William P. Gottlieb
“Pittsburgh’s Piano Girl” Mary Lou Williams
Wed., Jan. 13
KIDS • VIRTUAL
Everyone knows Duke Ellington, Charlie Parker, Miles Davis, and Dizzy Gillespie. But have you heard of Mary Lou Williams? She was an American jazz pianist who grew up in East Liberty and was a friend, colleague, and mentor to these jazz greats and many others. Introduce your kids to Williams’ story during Hop into History: Pittsburgh’s Piano Girl, hosted by the Heinz History Center. Kids ages 3-5 are invited to join in on this interactive online session. 10:30-11 a.m. Free with registration. heinzhistorycenter.org

NATURE • VIRTUAL
Urban agriculture is often seen as a key step to combating climate change, and while Pittsburgh is joining the trend, it still has some obstacles to overcome. Namely, its soil, which has high levels of lead and other contaminants. But experts are up for the task, and at the Third Annual Three Rivers Urban Soils Symposium, hosted by Phipps Conservatory and Botanical Gardens, people can learn just how they hope to tackle the problem, as well as hear tips on how to become an expert urban gardener. 3-5 p.m. Free with registration. phipps.conservatory.org