Selling Wine After Its Time

When the Pennsylvania Liquor Control Board decided in January to slash its inventory, there were bound to be unhappy customers.

While the LCB periodically shakes up its inventory, this reduction is twice the normal size: Nearly 400 items will disappear from shelves. Cocktail enthusiasts like Lutchansky figure the LCB is making room for "more interesting products" like bourbons and scotches, catering to a growing cocktail culture.

Still, many of the products being cut are flavored vodkas and cheap cordials few will miss. And the LCB is also dropping non-standard sizes of popular spirits: 50 ml bottles of Maker's Mark bourbon are gone, for example, but 750 ml bottles will stay.

There are some good products on the casualty list -- products it's hard to imagine the LCB dropping. But that loss can be the enthusiast's gain, since it means a chance to pick up the condemned products at close-out prices.

Louis Jadot Pinot Noir Burgundy, for instance, has dropped in price from $18.99 to $11.99. This medium-bodied red wine, with ripe berry flavors and easy tanins, rates highly among wine tasters. Another French bargain: Barton and Guestier Châteauneuf-du-Pape for $15.99 (originally $25.99). It's a spicy, peppery, full-bodied, red wine made from the Châteauneuf-du-Pape appellation in France's southern Rhone region.

Whiskey drinkers, meanwhile, may want to check out Four Roses Yellow Bourbon ($11.99 for 750 ml). Lutchansky's top recommended best buy, however, is Cruzan Rum Viring Islands Single Barrel, which will close out at $18.99 (down from $29.99): On his blog, Lutchansky says it's "an exceptional spirit for an exceptional price."

But you better hurry: You won't be the only one chasing these spirits. 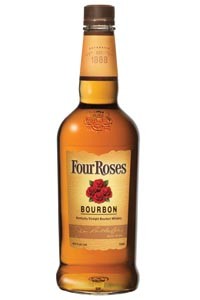