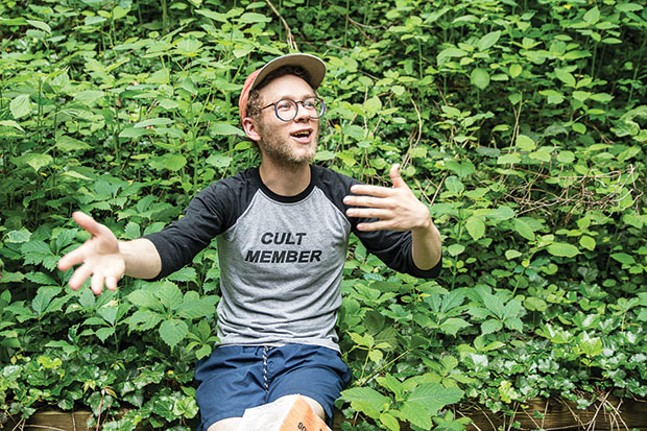 Modern musicians face unique challenges in self-promotion, given the sheer quantity of artists and the ubiquity of internet access. With so many artists having so much reach, putting on unique events and choosing what to post on the Internet has never been trickier.

Some Pittsburgh artists have figured it out. Redfishbowl is a collective of creatives that collaborate to put on paint jams, music festivals and more. Each event feels like more than just a concert. Its mission statement reads: “Through curating showcases and events in different boroughs of our city, we create a platform for any artist of any medium to gain exposure, opportunity, and connect with the artistic community.”

One musician Redfishbowl works closely with is SPISH, an indie pop rock outfit. “SPISH’s Love Dungeon,” at Spirit around Valentine’s Day, was a night complete with kink, gender-defying entertainment and free condoms. On the band’s website, people can sign up to become members of SPISH cult or send friends one-of-a-kind death certificate. Bizarre and spicy details are part of what keeps a band like SPISH from getting lost in a sea of competitors.

Another Pittsburgh artist with a magical online presence is Anna Azizzy, a performer, experimental musician and video artist. Booking DIY art and music shows for five years, Azizzy’s works include a current series called “Side Split Variety Show” that features short performances of people performing something they’ve never done before.

“[Instagram] is like a free artist website that everyone is addicted to,” says Azizzy. “I post a mix of things: works-in-progress to promote upcoming projects and events, documentation of performances or videos, and more impulsive moments of ‘feeling myself.’” 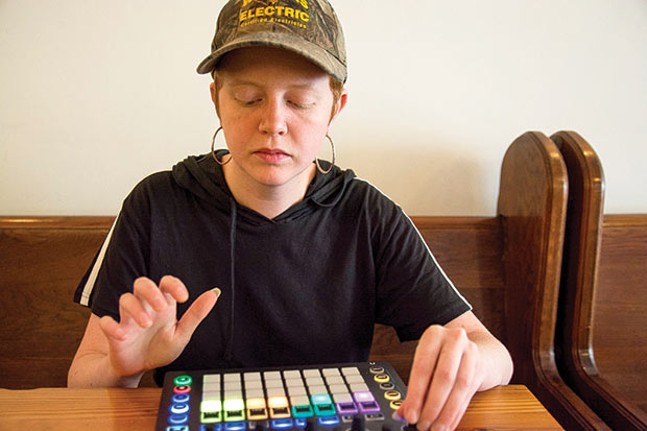 Those moments are often Azizzy trying on costumes, lip syncing or testing new instruments. Luckiest fans might catch a day on which Azizzy’s story features recreations of numbers from Jesus Christ Superstar.

For Azizzy, social media can put agency in the hands of the underrepresented.

“Especially when you are not an over-represented white dude, it’s important to have platforms where you can connect and grow your community,” says Azizzy.

Anna Hale of Swampwalk is an electronic alt-pop musician who uses creative tools (a Gameboy) to produce addicting tracks. Hale has posted self-produced animated videos to promote shows, videos of her playing around musically and a plethora of delightful selfies entwined with humor and wit.

“I think Instagram feels a lot more intuitive for audio visual and visual stuff,” says Hale. “But even with Facebook, it’s just kind of fun to have your own voice, like it’s a blog in a way. Sort of treating it like a piece of art in itself, like this is my canvas and here’s what I can do.”