Sebadoh returns with a sober take on middle age

"That's sort of his main thrust: examining different parts of the difficulty of human relationships." 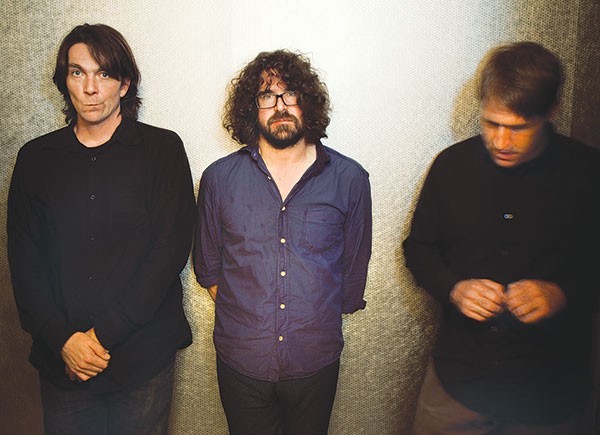 Photo courtesy of Bryan Zimmerman
Back after 14 years: Sebadoh

While songs on Sebadoh albums through the '90s continued to chart lead man Lou Barlow's love life, a different chapter comes across on this year's Defend Yourself, the band's first new album since 1999. Several reviews of the album mentioned that the guitarist had separated from his wife, and an examination of the lyrics reveals his thoughts on the subject. Being the writer he is, Barlow isn't in mid-life-crisis mode, nor does he play the bitter divorcé. In fact, he presents a pretty articulate perspective on how these things happen, with resolve coming by the end of the album.

"That's kind of what we like about him," Loewenstein says. "That's sort of his main thrust: examining different parts of the difficulty of human relationships, especially men to women, romantic ones." The tone of the lyrics "actually changed to some type of conclusion about what the communication problem was, what was pulling one person one way or the other, [a skill] he seemed to tap into when he was a very young man." As a result, the band created an album that matches the power of its mid-'90s heyday.

Sebadoh reunited in the mid-2000s, and even came to Pittsburgh in 2011, but things are still part time for them. Barlow lives in California, while Loewenstein and drummer Bob D'Amico (who joined in the reunion) live in New York. (Co-founder Eric Gaffney isn't with the revamped lineup.)

"In some ways, it's been the M.O. for Sebadoh for a long time," Loewenstein admits. "It's been a real long time since Lou and I lived in the same town together. The mechanics of making a record or going on tour was like, we get a few hours to practice, get as close as we can and it's got to come together onstage or under the red light of the recording device."

A band that was known for its home recordings, the trio returned to its roots by setting up in a Glendale, Calif., practice space, armed with recording equipment. Unlike the band's early lo-fi, four-track recordings, though, Defend Yourself was captured on better equipment, without sacrificing the sonic roar of the musicians' youth. Songs like "Love You Here" and "Can't Depend" prove they're still capable of combining the heavy side with catchy, sometimes beautiful, arrangements.

Loewenstein, unfazed by his partner's lyrical matter, lightheatedly confesses that he's happy for the response the band continues to receive. "I have a huge respect for people that have stuck with us for a long time," he says, with a chuckle. "I'm a grateful indie-rock musician."