"It was like a fast-food restaurant and they gave you a grocery bag full of fries." 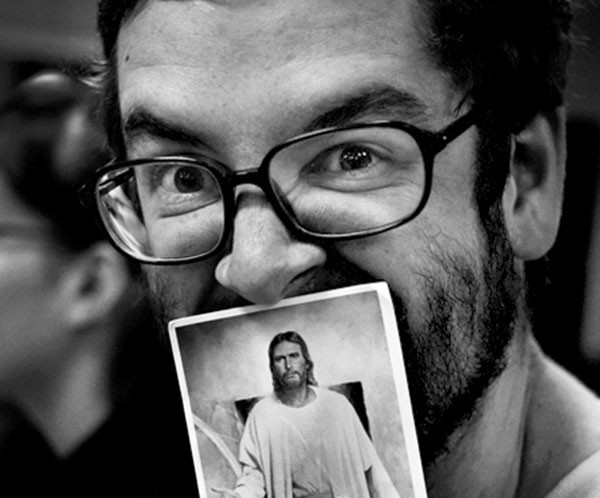 Sean Bonnette, guitarist and songwriter of Phoenix-based folk-punk duo Andrew Jackson Jihad, comes to Pittsburgh, with Ian Graham of Cheap Girls, to play 222 Ormsby this month. He talked with us about guitar sounds, Netflix and what we can only imagine is The Original Hot Dog Shop.

Anything you've watched lately on Netflix that you'd recommend?

Yes! Bad Lieutenant: Port of Call — New Orleans. Powerful, powerful, gnarly fucking film. It's got Nicolas Cage and a post-heyday Val Kilmer. And it's directed by Werner Herzog, but looks like a TNT Original Movie. I can't make heads or tails of it; it's crazy.

It's been said you're also a fan of David Bowie — specifically the song "Quicksand."

That's my favorite, my absolute favorite way that a guitar can sound on a recording: the way it sounds on the opening of "Quicksand." I'm not sure what effects they used or how they recorded it, but I really want to make my guitar sound like that someday.

Is that a goal for future recordings?

It's worth a shot. It's on me to write a song where that kind of guitar would be appropriate. But there's something about it ... the texture of that guitar is brutal, and at some point it gets distorted — not blown-out distorted, but naturally distorted, like the when the guitar strings are played real hard. I think that informed the way I [came to] generally play guitar when I play hard. I try and get that natural string distortion.

Your current tour is stripped-down and acoustic, though, right?

Yeah! Selfishly, most of the reason I'm doing this tour is for the new songs. I've got a bunch of new songs I haven't played in front of people yet. I've recorded them in demo form, but I wanna get to know the songs better before we go in to record them.

Are these Andrew Jackson Jihad songs, or a solo project?

They are AJJ songs.

Do you have a time-frame for the next album?

I know we are recording it in June at some point, but I'm not sure when we're gonna release it.

Anything you want to do while you're in Pittsburgh?

The last time we played Ormsby, we went out to this insanely large restaurant. It was like a fast-food restaurant and they gave you a grocery bag full of fries. And there were all kinds of different pizza creations and gnarly junk food. That's my lasting memory of the city of Pittsburgh — that the junk food was next-level.