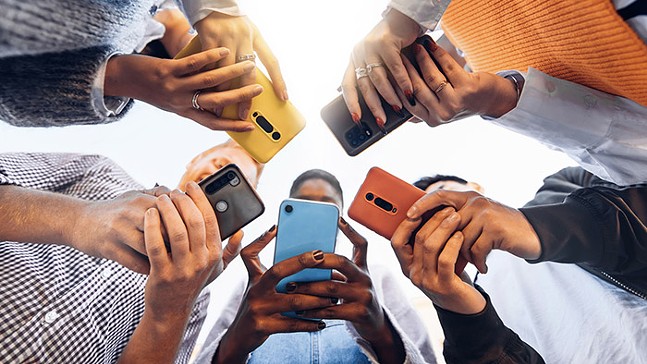 The criticism Democratic lieutenant governor nominee Austin Davis received over tweets he posted when he was in college could increasingly become a feature of political campaigns as digital natives begin to run for higher office, social media experts say.

The decade-old posts resurfaced last week in screenshots tweeted by a conservative political consultant and an advisor to Republican gubernatorial nominee Doug Mastriano. Mastriano’s advisors branded them as misogynistic, offensive to LGBTQ and Black people, and displaying a cavalier attitude toward excessive alcohol use and drunken driving.

Oversharing and ill-considered social media posts have been liabilities for young people who grew up with the internet, often called digital natives, since the dawn of Facebook and Twitter well over a decade ago, Penn State University communications professor S. Shyam Sundar said.

But members of the cohort who might have been passed over for a job in 2012 because an interviewer found their pictures of spring break debauchery are now entering the world of statewide and national politics.

“It’s another example of why you need to be extraordinarily careful throughout your life and not just your career,” Millersville University political analyst Terry Madonna said

What might seem inconsequential at one point in a person’s life might be seen as more significant at a later time, Madonna added.

Whether old social media posts that are seen as offensive or distasteful are meaningful in a campaign depends on their context and the values of individual voters, Sundar, the co-director of Penn State’s Media Effects Research Laboratory, said.

“Some of it could be little windows into their personal life that could be relevant to their candidacy and fitness for office,” Sundar said.

Davis, a 32-year-old state representative from Allegheny County, expressed “disappointment and regret” for the tweets in an interview with the Philadelphia Inquirer, saying college-age men have a lot to learn and that he has learned and grown as a person since he posted them.

Davis won a three-way primary race for the lieutenant governor nomination in May, and he shares the ticket with Josh Shapiro, the Democratic nominee for governor, in the November election.

“As a Republican candidate for elected office and a man in his late fifties, Doug Mastriano shared 51 QAnon posts and hired Gab, the same alt-right social media company that empowered the Tree of Life shooter to spread antisemitic, white nationalist rhetoric before murdering 11 Jewish people in Pittsburgh. That’s the clear contrast in this race,” Simons said in a statement.

Among the tweets shared by former Trump attorney Jenna Ellis and conservative consultant Arthur Schwartz, Davis posted about drinking to the point of being intoxicated the next morning. In another, he wrote about “skating through” two DUI checkpoints. He told the Inquirer he was allowed through the checkpoints because he had not been drinking.

In another post, Davis wrote, “This professor is talking about an article called ‘How to bring ur kid up gay’ WTF.” Davis told the Inquirer he recalled being offended by a text used by a professor because it suggested sexual orientation was a choice or a result of upbringing.

Davis is not alone in taking heat for social media posts, but those who have more commonly taken heat for their more recent political stances.

In the Republican primary for U.S. Senate this year, candidate Kathy Barnette faced criticism for an anti-Islamic tweet from 2014, which she said was in response to an Obama administration policy of admitting Syrian refugees into the country. She also was questioned for a 2016 tweet in which she falsely called then-President Barack Obama “a Muslim doing Muslim things,” Fox News reported

If seeking out and weaponizing youthful social media posts becomes a more common part of the political playbook, it’s unlikely to last more than a few years, experts said.

“Right around the middle of the last decade the digital natives wisened up to this,” Sundar said.

Facebook and Twitter faced dwindling popularity among teen and twenty-something users as they migrated to platforms like Snapchat and WhatsApp, which give users tighter control over who sees their content and how long it remains accessible, Sundar said.

“After this initial wave when the people who were in college in the early 2000s, before 2015, first run for office, it will be less of an issue,” Sundar said.

Peter Hall is a senior reporter at the Pennsylvania Capital-Star, where this story first appeared.