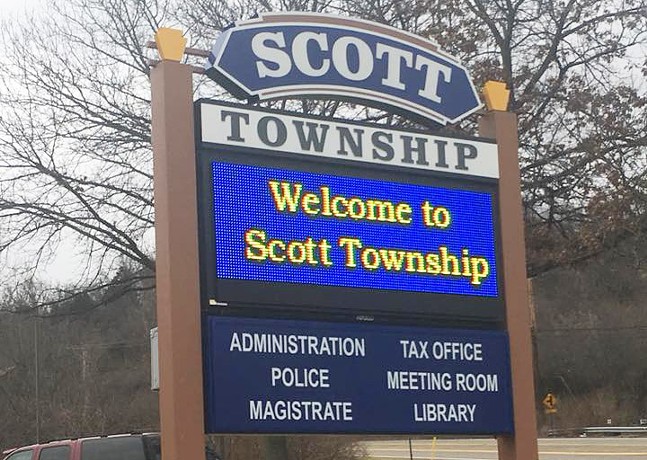 
In a story from the Pittsburgh Post-Gazette today, Abel's letter of resignation was quoted, “Residents took to social media to voice their opinions and vent their anger. That is their right, but others chose to knock on my door and call my house day and night. If I was the only one affected by this, I would hang in there and get on with township business, but I cannot stand by and have my family subjected to that type of anger and harassment."

Update - 11:50 a.m. June 16:
A petition with more than 200 signatures was sent to the Scott Township manager's office today that called for Commissioner Paul Abel's resignation in the wake of transphobic comments he made during a zoom board meeting on June 10.

The petition was gathered by the group called Building Equity, Diversity & Inclusion in Scott Township and includes signatories from all eight wards in Scott Township, a suburb just to south of Pittsburgh.

"When the bully pulpit is used to bully, it is time to step aside and allow someone who is focused on true, unbiased leadership to step up for our community," reads a letter attached to the petition. "First and foremost, we are greatly disappointed in Commissioner Abel’s comment related to the trans community, but we are equally disappointed that Commissioner Abel’s comment was not immediately addressed."

The petition, which was gathered by Scott residents Carrie O’Connell, Emily Marko, Robert Fox, and Lynn Richards, also called on commissioners, township manager, and township solicitor to participate in diversity training with a focus on LGBTQ issues and for Scott to pass a non-discrimination ordinance to protect LGBTQ residents. The petition was also signed by more than 230 people who live outside of Scott Township. 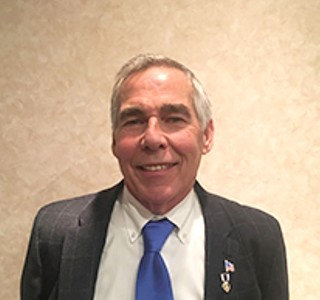 Scott Township board vice president Paul Abel
In a segment of the meeting, which was held on Zoom, Abel is not shown on video but is asked by board president David Calabria to weigh in. When addressed, Abel can be heard asking if there is any end to the “green phase” of Gov. Tom Wolf’s reopen plan and asks if “we can start acting like human beings again."

Commissioner Angela Wateska answers him and says after green phase is when things will return to business as usual, in terms of social distancing limits.

Then Abel says, “Well, I’ll tell ya, I am tired of listening to a guy dressed up like a woman," in an apparent reference to Levine, and then continues, "I know how frustrated people are.” It’s unclear if Abel was referring to Levine or the coronavirus closures when saying he was frustrated.
Abel did not immediately return a request for comment for this story. Scott Township is a suburb just south of the city of Pittsburgh.

The video of Abel's transphobic comments has been shared on social media, and some Scott Township residents are demanding an apology from Abel. One woman who shared the video, Lynn Trachtenberg Richards, called for Abel’s resignation.

“There should be consequences for his remarks and he should be held accountable,” she wrote yesterday on Facebook.

Scott Township board president David Calabria couldn't immediately be reached for comment. However, Scott Township resident Anthony Roscoe told Pittsburgh City Paper that he spoke to Calabria about Abel's comments and that Calabria told him the board will be asking for an apology from Abel, and plans to write a formal letter showing the board's support of Dr. Levine. Roscoe lives in Abel's ward.

Lt. Gov. John Fetterman (D-Braddock) has been made aware of the comments made by Abel, and he has condemned the statements.

“Dissent on policy is critical to democracy,” said Fetterman. “Demeaning anyone over their self-identity has no place in governance and civil society.”

Levine’s profile has risen greatly under the COVID-19 pandemic. She is one of the first trans people to hold a state cabinet position in the entire country. During this time, Levine has been subject to transphobia and being misgendered, including from media personalities like KDKA Radio talk show host Marty Griffin.