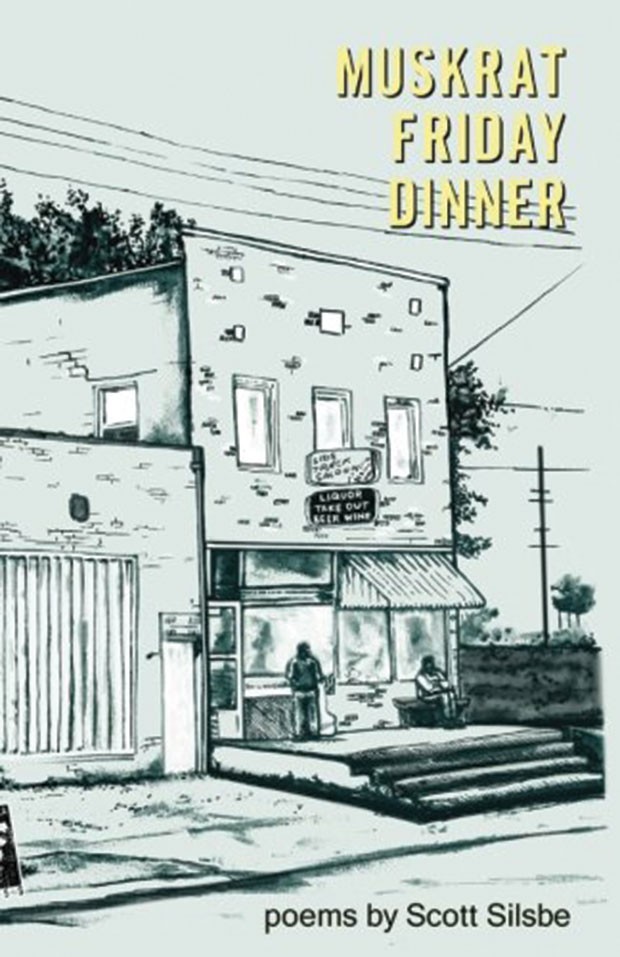 The title poem of Scott Silsbe’s third full-length collection, Muskrat Friday Dinner (White Gorilla Press), clarifies that the rodent mentioned isn’t so much a metaphor as a regional dish in Silsbe’s native Michigan. As he writes, “In Downriver, Detroit, they are a delicacy of sorts — / those odd river rats you see in marshes and boat harbors / and in all the swampy regions along the Detroit River.” This quirky tradition gets thoroughly explained, though his speaker doesn’t find it appealing in the same way he might a Primanti’s cap ’n egg washed down with a cold Yuengling.

Indeed, poems focusing on life in Downriver make for nice connections and change of pace, contrasting the adulthood Silsbee has embraced in his writing since moving to Pittsburgh. The local bookseller and musician doesn’t strive for elegant language or figurative wordplay here. Instead, readers get something more prosaic, as he makes up for a lack of interest in craft by focusing on heartfelt camaraderie and observational moments that comprise the bulk of the subject matter.

A favorite, “Blue Light Special,” has the speaker and his girl visiting another couple on Xmas night. They share drinks and good tunes on vinyl; later, the men go outside to a deck, where the friend gets existential, asking “What am I / gonna do with my life?” Zen-like, Silsbe’s speaker answers, “You’re / lookin’ at it. I’m doin’ it.” It’s a beautiful response to a world that never allows us to be satisfied living in the moment, especially on a holiday that brings out the worst impulses in people.

Many of the poems in the 104-page collection take place in bars or are drinking-centric, with East End haunts mentioned throughout. When Silsbe drops names of local writers, it’s reminiscent of the Beats, though less fleshed-out in the humanizing style Kerouac employed. The booziness feels cultivated as carefree philosophical stance, nodding to the wild exuberance of youth that left this reader wistful.

Ultimately, Muskrat … shines brightest in shorter poems such as “Searchlight,” displaying keen bursts of imagery when Silsbe writes, “Those things that sustained me / all those years — the names of the clouds, / the vesper sparrows lined up on a branch, / the bedroom light on behind a red curtain.” It’s a lovely moment that speaks to the big-hearted ethos summed up elsewhere when Silsbe says of literary triumph, “Success is continuing to write the poem.” Cheers to that.