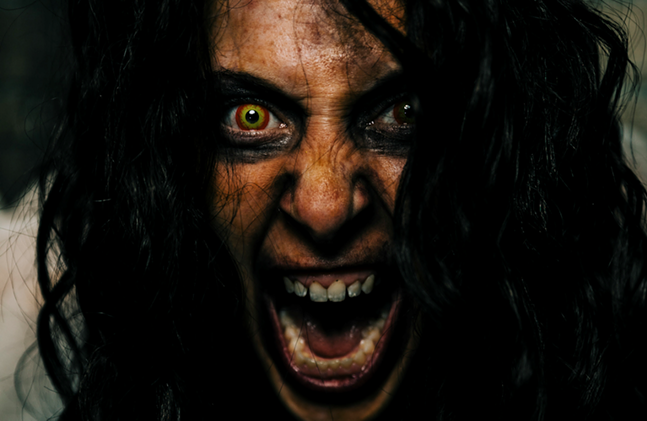 Beginning on Sat., Feb. 14, treat your loved ones to an outing at ScareHouse’s permanently installed Bold Escape Rooms. The Bold Escape Rooms – located at ScareHouse’s new 2420 Penn Ave. space – present two distinct challenges, "Stalked by a Killer" and "data/bass." Each combine “intricate sets and unique puzzles in immersive adventures that can last up to an hour,” according to a press release.

In Stalked by a Killer, players must escape the clutches of a homicidal maniac, while data/bass is set in an abandoned dance club.

Local horror hounds will also see the temporary reopening of The Basement, ScareHouse’s extreme haunted attraction resurrected from its former location in the borough of Etna. Unlike the Bold Escape Rooms, The Basement will only be open to adults 18 and over, and have a limited run through the end of February.

Photo: ScareHouse
ScareHouse's Bold Escape Rooms
ScareHouse founder and creative director, Scott Simmons, says trying and failing to open The Scream District in time for Halloween led to a decision to open the escape rooms and re-introduce The Basement this month.

“So many people are desperate to escape the terrors of Valentine’s Day that when we realized last fall that we could not open our Scream District concept on time and as planned, we began targeting this frightful, creepy, anxiety-laden day for the launch of our permanent escape rooms and the return of The Basement,” Simmons says.

Fraught with delays related to construction and permit processing, the Scream District opening was postponed multiple times, leaving ScareHouse missing out on Halloween season revenue that's crucial to its operations.

But Simmons seems hopeful that a Valentine’s Day opening will resonate with crowds anxious to finally get back to the business of being scared.

“Renovating and restoring a historic building in the Strip District turned out to be more challenging and complex than we ever imagined, but the support from our fans has been enormously encouraging, and we hope they agree that there’s never a bad time for some adrenaline-fueled excitement,” Simmons says.

An oral history of the Squirrel Hill Theater from former patrons, employees, and others who knew it well
Top Stories