"I actually like the process of getting older, because I feel like I do less stupid things." 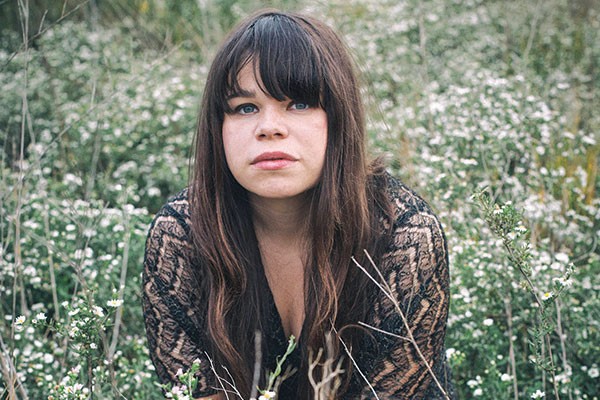 That Samantha Crain is a 26-going-on-27 songwriter who's touring the country and getting some buzz from outlets like Rolling Stone isn't in itself that impressive. But what's notable is that Crain, an Oklahoma native, is a pretty seasoned touring vet at this point — having started going on the road at age 19.

"Touring at what's sort of a formative age, your early 20s," Crain says, "I think I kind of developed in a different way than some people. I'm not saying it's better, but it's different. You learn things at a different pace."

You also end up writing songs at age 26 about stuff like getting older ... material that most artists wait until at least their 30s to home in on. On her latest, Kid Face, she sings at one point: "I'm almost young this year / Now that I am older."

"That whole song, ‘Paint,' I wrote that when I was on tour in the U.K.," she explains. "I'd really [been thinking] that whole trip about getting older and aging — aging hasn't freaked me out like it does some people, wrinkles or aches and pains. The thing that I like about aging is that I made a lot of stupid mistakes in my life as a twentysomething person, and I actually like the process of getting older, because I feel like I do less stupid things. I think that's where that song came from — me just dwelling on that fact: It's OK for me to be a little quieter and less in people's faces, if the outcome is that I'm not hurting people, or I'm not making mistakes that affect my life in a giant way."

The entire album is different in ways from Crain's earlier output — 2010's You (Understood) and 2009's Songs in the Night, which she recorded with her then-band The Midnight Shivers. It's not so much a deviation in sound — the basics (guitar-based folk music with often mournful vocals) haven't changed much. But it's Crain's approach: While she started out as a fiction writer, and took a fiction-writing approach to her songwriting earlier on, she made a point this time around of writing from the heart.

"I've always kind of had my feet planted firmly in the make-believe area of storytelling. Not that it's been fantastical; it's all been pretty realistic stories that I've told but they've always been kind of my experiences splattered with a little smoke and mirrors to make a good story. The older I get, the more comfortable I get with myself, I feel more OK with sharing my life, however boring I think it is.

"And I guess maybe I've experienced more now than I had when I was 20 or 21, writing the first record. I think it's been a natural progression for me; I'd written a few personal songs before, but this was the first time I'd set out intentionally to write all the songs about me."

"Because John is a musician," Crain says, "I think he gets something that a lot of producers don't understand, which is that by the time a songwriter comes into the studio with songs, they've spent a year with them, and they've gotten really sort of selfish with them — they're not open-minded about it, because these are like their children. I think John understands that, so he's really gentle about how he brings up new ideas. He doesn't talk to you about his ideas as truth ... He kind of just suggests things. ‘Let's just try this, and if it doesn't work, we'll go back to the original way.' So we do it, because there's no pressure. And most of the time he ends up being right."

When Crain appeared at Club Café last September, she was supporting William Elliott Whitmore, with whom she also toured when she was just 21. She played solo that night; when she appears this Thursday night, she'll have about half of her band with her, including guitarist Kyle Reed, who Crain says makes guitars from cigar boxes. ("They sound like old-school open-tuning dulcimer-type things," she says. "They are really rustic-looking.")

If you haven't seen her since her show at South Park in 2009, you might be surprised by what a Samantha Crain show looks like these days — but, she says, it's not because she's lost anything.

"I've read some reviews of shows in the past year or so," she says. "People seem to think I've lost some sort of spark because when we used to play when we were younger, with the Midnight Shivers, we jumped around on stage a lot; we were really showy, weird kids jumping around and playing music. I don't do that as much anymore.

"I've become more comfortable with performing in the respect that I don't feel like I'm trying to impress people as much. I'm just trying to lay out these songs that we've written and have worked hard on and have arranged, and play those for people and make them sound as good as possible. It's hard to make them sound good when I'm jumping and out of breath."