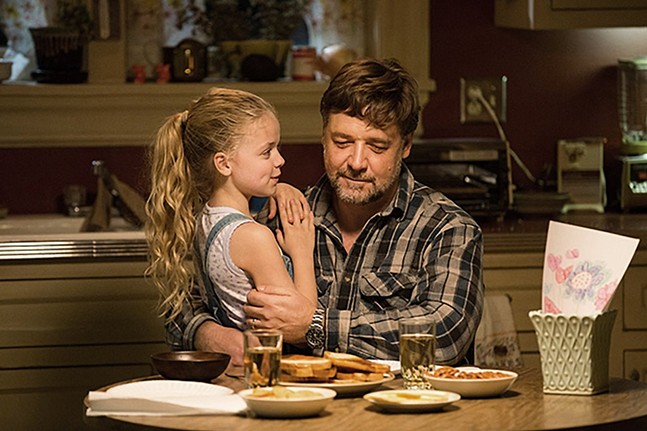 According to a report by Variety, the Pennsylvania Department of Revenue filed an application for a judgement against Crowe for that amount in Los Angeles. According to Variety, the application for a judgement doesn't mention where the debt comes from, or if it's related to the time Crowe spent filming in Pennsylvania, but "a tax lien filed last year in Cumberland County, Pa., indicated that Crowe owed more than $100,000 in unpaid state income taxes from 2014."

Cumberland County is in central Pennsylvania, just outside of Harrisburg, so even though the unpaid income taxes are from 2014, it's unclear why the tax lien would be filed roughly three hours from Pittsburgh. Did Crowe grow to love Pennsylvania while shooting Fathers and Daughters, a movie former Pittsburgh City Paper film critic Al Hoff once wrote "never digs much deeper than Lifetime might"? Did Crowe travel to Harrisburg while filming in Pittsburgh and love it so much that he bought a house near it? Does he love central Pennsylvania's abundance of highways and farms?

If you know more information about why Russell Crowe owes Pennsylvania so much money, or if you are Russell Crowe and would like to explain yourself, please contact hlynn@pghcitypaper.com.