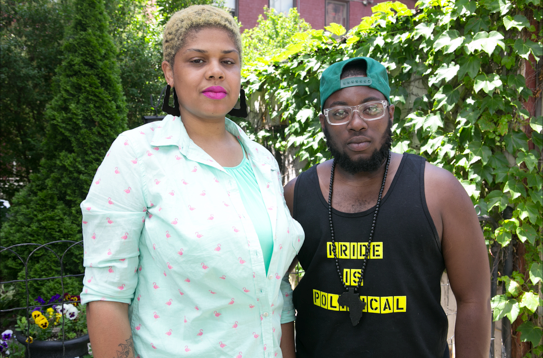 Davis counts herself as a Roots Pride supporter, though she acknowledges GLSEN has received about $2,000 from Delta to sponsor events in the past. (She also says she has been promised grants that never came through.)

Also among the critics is the Pennsylvania Youth Congress, the first statewide LGBT organization to publicly disavow Delta. Executive director Jason Landau Goodman, who has been to every Pride festival in the state over the past six years, says at $450 per nonprofit to set up a table at PrideFest, Delta’s pride is the most expensive in the state by a margin of hundreds of dollars.

“It can keep emerging groups out of the arena, if you can’t afford the price tag,” says Goodman, who says there were years his organization could not afford to participate on its own.

“In Pittsburgh, [Pride] has become a very professional production with high-value features” and entertainment, Goodman says. Philadelphia, by contrast, “is very rooted in the local community [with] all sorts of different events, speakers and community gatherings.”

Still, Goodman says, it isn’t uncommon for big-city Prides to focus mostly on large-scale parties. “Prides have generally lost that distinctive political appeal.”
Delta board president Gary Van Horn would not agree to be interviewed for this story. Instead, he asked questions be submitted by email; he did not reply to emailed questions by press time.

But in a statement issued May 18, Van Horn defended the decision to hire Azalea, and wrote that Delta has brought in African-American performers for Pride; has advocated on behalf of the trans community; and has supported Latino and black-pride celebrations. (For her part, Latino Pride founder Tara Sherry-Torres says she “does not consider them supporters.” She says Delta’s only support was including her events in their promotional materials, something “I didn’t ask for.”)

“We believe that the push-back is part of a larger discussion happening across America as it relates to race and gender,” reads Van Horn’s statement. “We believe that same conversation needs to happen here in Pittsburgh and today reached out to several community leaders about facilitating a discussion about race and gender specifically as it relates to the LGBT community.”

But some Roots Pride supporters say Delta has already signaled it isn’t interested in that conversation.

“[Delta’s] Pittsburgh Pride never really took a look into the community to see what we needed” says Kenny McDowell, a leader in Pittsburgh’s “house and ball” subculture, which consists mainly of LGBT people of color. He argues that Delta could facilitate a Pride that includes events geared toward the ballroom community. “You’re never going to please everybody, but the more you include people in that discussion, the better.”

Dan Catanzaro, a Delta board member who recently left the board, says the board tries to be inclusive. “We tried to get all colors and races on that board,” he says. But Pittsburgh is “not a racially diverse city” and “most other boards reflect this.”

And while “everyone might not agree with it,” Catanzaro adds, “Delta brought an amazing amount of awareness of our community to the rest of the Pittsburgh community and to state legislators, and what is that awareness worth?”

Roots Pride organizer KMT, a mother of five who says she has “never been above the poverty line,” argues the kind of awareness that Delta promotes doesn’t include her. It’s not intentional, but “symptomatic of structural injustices,” she says. “Creating our own spaces is a political act.”

So far, Roots Pride consists of a town-hall meeting, a "Shut-it-Down protest at Pride in the Streets, an intergenerational paint/water-balloon fight, and a healing circle and river walk. “We’re talking about more than just partying,” says Battle, a Roots organizer. “It’s about celebrating our lives and lived experiences.”

But not everyone within the black LGBT community agrees with Roots Pride’s approach, perhaps highlighting the difficulty of uniting groups that have been historically marginalized.

“To create a pride that already exists, it’s a slap in my face,” says Pittsburgh Black Pride founder Flecia Harvey, who protested at a recent Roots press conference. “Our pride is for the whole black community.”

KMT says that criticism of Roots Pride is partly because “the lack of resources makes you not want to trust everybody.”

“I think our community deserves more than one celebration in a year,” she says. “We’re not just a black Pride.”