Rob Delaney will give you more than pork chops

"People at large are not the morons that A&E or Bravo or E! or CBS would have you believe." 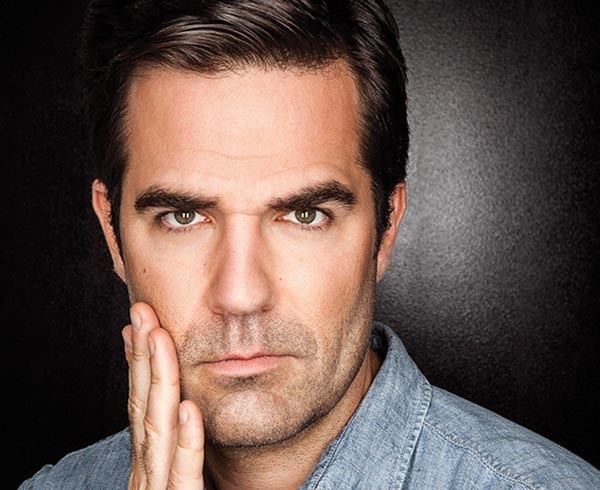 If you're on Twitter, you're likely one of Rob Delaney's million-plus followers. He's known for goofy jokes. ("I bet loggers call the guy who makes lunch the ‘Yumberjack.'") But having survived addiction, depression and a drunk-driving accident that almost killed him, he doesn't shy from heavy topics. Delaney, who appears March 27 at the Rex Theater, spoke to City Paper by phone.

Is it hard to be so open about your addiction and depression?

I've been sober for almost 12 years, and I only started doing comedy right after I got out of the hospital. I thought, "Whoa, I'm alive? I'm going to do what I really wanted to do," which was comedy. I think the fact that I was lucky enough to survive a couple things that could have killed me made me want to be pretty open.

You talk about a lot of controversial topics, like abortion rights, and probably get a lot of hate from people.

Are you able to detach from it?

Yeah. I am lucky in a sense that I came of age [before the Internet]. I see people who grew up online, and comedians — that I like and admire — get into it with people online, and it's just such a giant waste of time. Just don't get into it with some idiot who's in his mom's basement on the other side of the world.

You used one of my favorite words, which is "nuanced." People at large are not the morons that A&E or Bravo or E! or CBS would have you believe; they don't need to be told the same thing again and again. It's why it's fun to go to a buffet: You don't want to exclusively eat pork chops. You want a salad, you want to have dessert. People like it when you're funny and also offer insight on something you might happen to know about. Or if you talk about something from way off in left field. So that is why I think I'm popular — I like people and I like to give them different things. And I know that they can handle it.