Rewriting Tradition: Why some families are saying goodbye to Thanksgiving's outdated gender roles

"It's not important who does what, but that they both agree on what should be done." 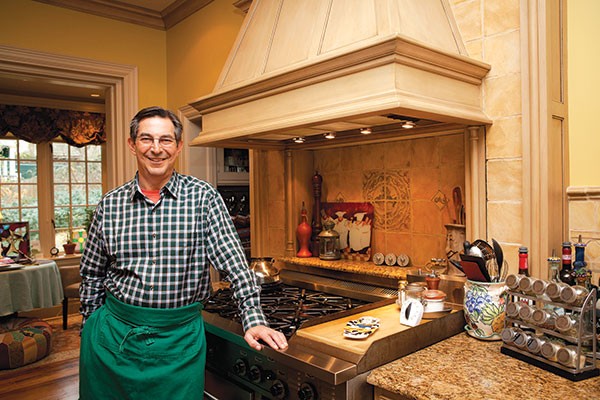 Adele Biller remembers the days when, on that fateful third Thursday in November, her husband Robert used to walk through the door after his annual Turkey Bowl golf outing, sit down, eat and then watch football. That was his entire Thanksgiving Day contribution.

"That's how it used to be," Adele says of her retired husband. "He didn't appreciate how much work was involved."

Adele and Robert met when they were 14 and 16, respectively, and have been married since 1971. And over the years, Thanksgiving wasn't the only time that the full-time registered nurse had to fly solo during the holiday rush.

"She did most of the shopping, but I always used to go with her," Robert says. "A lot of times I used to sit in the parking lot, listen to the radio or go walk around the mall and sit in the food court. I hated holiday shopping — two clerks and two thousand customers."

As she got older, Adele says she became more stressed around the holidays. She got moved to the midnight shift, and after her brother had several strokes, she became his caretaker to keep him out of a nursing home. 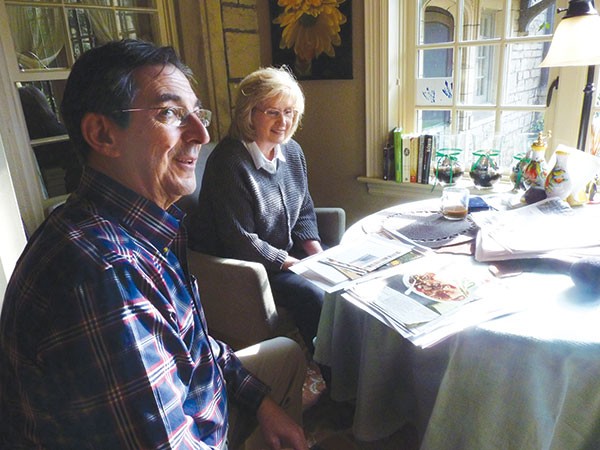 "It transformed slowly, and then [Robert] just took on more and more," Adele says.

And now, Robert is THE holiday man. For the past 10 Thanksgivings, he's peeled and mashed the potatoes, ground the giblets for the stuffing, shoved the turkey in the baking bag — the "hardest part" — and cleaned everything up afterward.

As Robert and Adele's marriage illustrates, deeply rooted gender roles are particularly pronounced during the holiday season. Women are often stuck in the kitchen, while men sit cozy and watch football. But some men, like Robert, are crossing the divide and proving that traditions can change.

"Thanksgiving is not going to die. We constantly reinvent how we choose to celebrate it," says Maureen Porter, an associate professor at the University of Pittsburgh who teaches in both the women's studies program and the anthropology department. Her specialty is rituals and cross-cultural gender-equity issues. "Humans have retained and kept these [holidays] as central ways of organizing their whole year."

She says essential positions can be and have been reinvented to be effective for each family so that the holiday is not a "substantial source of sorrow" for one person who is thinking, "'Oh geez, I have to host this whole event.'"

Let's all be thankful for that.

Last year, Washington Post writer Brigid Schulte wrote an opinion piece entitled "For women, it's the most stressful time of the year." She called the holiday season the "third shift" for working women, riffing on the "second shift" — the name that 1980s sociologists gave to the phenomenon of working women who also do all of the household chores.

Granted, some research shows that men are upping their hours on the housekeeping front, but they are still lagging behind women, even as female numbers in the workforce have risen.

When it comes to the holidays, not only do women's magazines put spectacular holiday food spreads on the covers, but a quick Google search yields their advice columns on how women can plan a holiday party on a budget, "take a mistletoe moment," "take a shortcut to joy" and "make friends with Frosty" by building snowmen with the kids.

"Every magazine in the grocery aisle and every holiday special on TV reinforces the possibility of these ideals and reasserts that it is our responsibility to bring these ideas to fruition," says Heather Arnet, CEO of the Women and Girls Foundation, an organization in Pittsburgh that advocates for equal pay for women. "If only we were better bakers, chefs, crafters, decorators, gift wrappers, then our family would really be happy."

Arnet says that because of these messages, women often do a lot of "invisible" stuff before the holiday: making sure beds are made, towels are clean and kids have nice clothes on.

"Men do less of this stuff, because they do not feel that these magazines and images are communicating to them that this is their responsibility."

According to a 2006 American Psychological Association survey of nearly 800 adults, nearly twice as many women as men reported they would shop for food, cook the multi-course meal and clean up on Thanksgiving Day. No surprise, they also reported feeling more stress than their male counterparts during the holiday season.