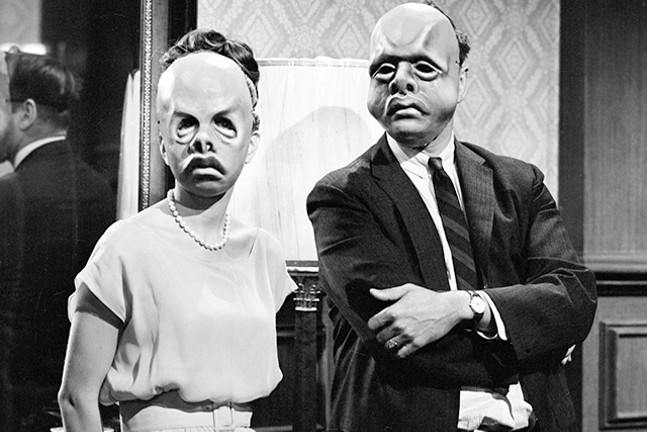 Even if you’ve never watched the original The Twilight Zone, you’ve likely seen some reference to the show’s most famous episodes, like Burgess Meredith’s tragic post-apocalyptic bookworm (“Time Enough at Last”), William Shatner’s in-flight freak out (“Nightmare at 20,000 Feet”), or the bratty little boy with reality-altering superpowers ("It's a Good Life"). But the show, which originally ran from 1959-1964, has plenty of lesser known gems among its 156 episodes. With that in mind, check out these recommendations now that The Twilight Zone is streaming on Amazon Prime, Hulu, and Netflix.

With its early sci-fi special effects, nearly dialogue-free storytelling (a feat managed through an excellent performance by Agnes Moorehead), and twist ending, “The Invaders” stands out as one of the most ambitious episodes in Twilight Zone's history.

A paranoid, elderly recluse lets her guard down when she allows an injured police officer (young Robert Redford) into her basement apartment. But the man may not be exactly who he seems.

What begins with a reluctant bride being terrorized by a mysterious woman on horseback unfolds brilliantly into a devastating, time-bending tale of regret.

Helmed by Hollywood screen actress-turned-director Ida Lupino, this macabre tale of vengeance finds four greedy family members waiting for the death of a rich patriarch, all against the backdrop of a Mardi Gras celebration.