Matcho's dark-humored Six Dollars an Hour recounts life at the ass end of the wage scale.

Six Dollars an Hour: Confessions of a Gemini Writer.

For an antidote to seasonal saccharine, gulp down "The Black Friday Poems," which comprise the second half of Adam Matcho's moving, if dark-humored, debut chapbook about life at the ass end of the wage scale.

"Black Friday" is a mini-epic set behind the counter at a mall novelty store, where the clerks drink all day to weather the mind-numbing rush of holiday commerce. "We had the Blue Wave stashed / in the stockroom and anytime / we needed to refill or had to piss / or felt like we may puke, we staggered / into the back, replaced all the items selling out / on the sales floor. We topped off our drinks / each time." The signal encounter in "Black Friday" involves a self-righteous old man confronting the narrator over vulgar items known as "Pornaments."

In the first part of this 26-poem collection from Liquid Paper Press, "Bad Luck and Bad Jobs," Matcho covers clerking at an all-night convenience joint with similar results. While he doesn't land every metaphor and simile, his plain-spoken style and ironic but empathetic attitude win out, whether he's recounting ludicrous Post-Its his boss wrote or bluffing his way through an interview with "Loss Prevention." By day, Matcho now writes obits for the Tribune-Review. (He's also a columnist for online magazine The New Yinzer.) In Six Dollars, his "Why I Deserve A Raise" could anchor a Book of Common Prayer for working stiffs everywhere. 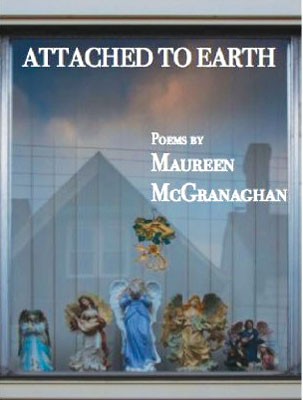 Maureen McGranahan's two dozen poems constitute a nice little collection. The first several entries feel a bit unambitious: Poems about a handmade quilt, a childhood scene at an apiary and a discussion with her mother about cremation move along fine but fail to surprise. McGranahan, a local educator, is at her best with nonautobiographical material. Particularly sly and insightful is this Finishing Line Press chapbook's centerpiece, "Jesus and Peter," a sequence of six poems exploring faith, fate and male relationships. In two of the poems, McGranahan casts Jesus and his apostles in modern-day settings, including a swimming pool and a coffeehouse. "You know how to cure blindness / with mud -- teach me to do that," says Peter. "Christ folds his arms, leans / on the table. It's not a magic trick." 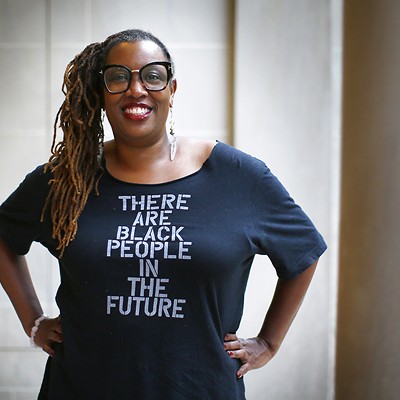