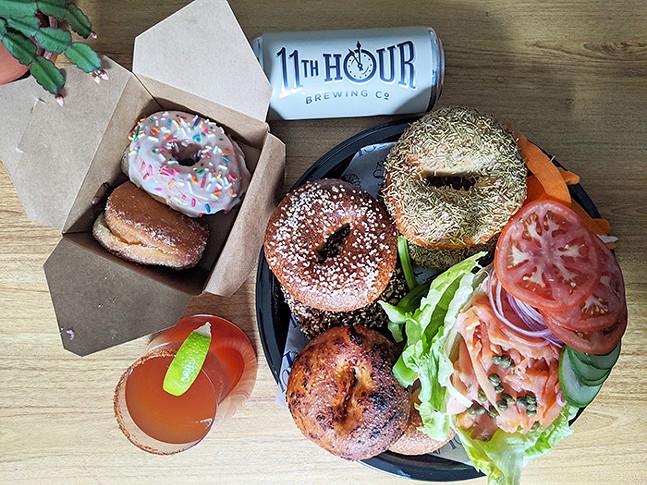 CP photo: Maggie Weaver
Brunch kit from Lola’s Eatery
As coronavirus shutdowns extend from weeks to months, the future of the food industry is becoming increasingly uncertain. In order to survive, restaurants are getting creative.

All over the city, restaurants have turned to bulk foods, grocery sales, and meal kits to make up for lost revenue. It’s this type of creativity, notes Jessica Lewis, the executive chef of Spirits & Tales who has added the aforementioned trio to the menu at her Oakland eatery, that is making restaurants successful.

“We have to rewire our thinking of the hospitality industry,” says Lewis.

Scratch Food and Beverage in Troy Hill was one of the first local restaurants to start selling groceries. Owner Don Mahaney turned the eatery into a store stocked with basic necessities and prepared “heat me and eat me” foods.

Dave Anoia and Aimee DiAndrea, who run DiAnoia’s Eatery in the Strip District, say they’ve had to “reinvent themselves three times” as the pandemic has progressed. They’ve transitioned from takeout and delivery to exclusively focusing on curbside pickup of dinner kits and pasta boxes. Consumers can now learn how to prepare the cacio e pepe kit from the chef himself via Instagram.

Max Becerra, co-owner of Lola’s Eatery in Lawrenceville, says this kind of quick adaptation is necessary for survival. Becerra, noting that Lola’s Eatery is still fresh from its opening in December, says he and his partner Zoe were just starting to find their stride when dining rooms were shut down. After two weeks of takeout, the duo took a step back to decide what their small operation could truly handle. Now, they’re focusing on custom orders and brunch kits.

Even restaurant giant Eat’n Park has had to embrace this kind of reinvention. Kevin O’Connell, the group’s chief marketing officer, says the restaurant’s process has transitioned to that of a startup rather than a well-established chain. Eat’n Park has launched a grocery program and now offers deals on family-sized chicken tenders and to-go containers of fan favorites like ranch dressing and potato soup by the quart.

“People now are looking at [the pandemic] as a long-term thing, and just like in normal life, people don’t want to cook every night,” says O’Connell. Eat’n Park’s takeout orders, including bulk sales, have increased 160% as of Wed., April 22.

Meal kits and bulk production give restaurants a chance to navigate through some of the uncertainties that come with operating in a pandemic: safety, finances, and the threat of permanent closure. Chefs and owners are able to control food costs and inventory with a restricted menu, limited customer count, smaller staff, and safer working conditions. But the question remains: Are kits, groceries, and bulk foods enough to keep these businesses alive?
click to enlarge 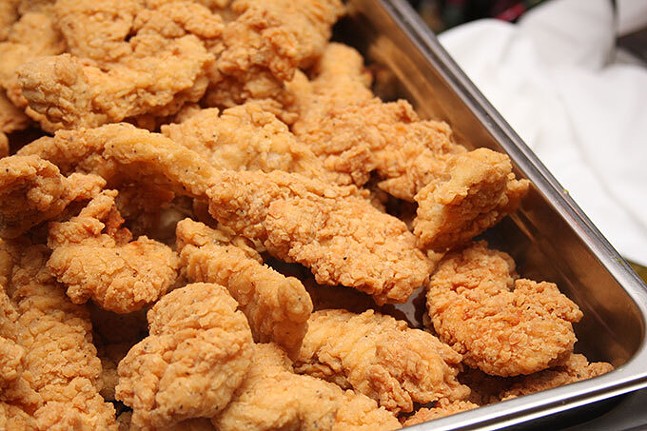 Mahaney explains that Scratch, as with any restaurant, can’t be as profitable as it would be running full service. “You really have to consider what your metrics for success are,” he says. From a business perspective, Scratch is doing “fairly good,” but Mahaney says he’s more concerned with “limiting the risks that people who are food insecure had to take in order to get the food that they needed.”

Anoia and DiAndrea say they’ll do “whatever it takes” to stay in operation.