The man was a respectable babyface inside and outside the ring 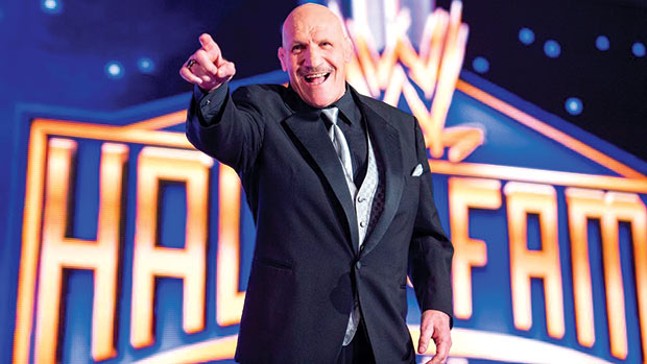 Bruno Sammartino was one of the biggest stars that professional wrestling has ever seen. But regardless of his fame, he never stopped being a Pittsburgher, living most of his life in the Steel City. On April 18, the icon known as “Italian Superman” died at age 82.

Sammartino was a second-generation Italian-American immigrant who began his wrestling career at 24 with the local TV program, Studio Wrestling, before going on to compete in the World Wide Wrestling Federation (WWWF, which became the WWF, now WWE). He sold out Madison Square Garden 187 times and captured the hearts of fans as one of the longest-reigning world champions for WWF, holding the belt for nearly eight consecutive years (that’s 2,803 days). He racked up many accolades, including several “Match of the Year” honors from Pro Wrestling Illustrated, the magazine for wrestling fans for decades. Sammartino was respected and loved by his fans and his peers in the locker room.

Sammartino's life began in Pizzoferrato, Italy. During WWII, his family was forced into hiding during the Nazi occupation, and he nearly died from rheumatic fever. He survived thanks to the dedication and care of his mother, who he swore to make proud. When the entire family finally moved to the United States to be with Sammartino’s father in Pittsburgh, Sammartino suffered health ailments from those tumultuous war years spent in hiding, which led to bullying and teasing. He transferred that energy into bulking up physically. He lifted weights professionally, and in 1959 Sammartino set the world record in the bench press with a lift of 565 pounds (a fete completed without wrist or elbow straps). His strength as an amateur wrestler and his strongman stunts gained him the attention of local wrestling promoters, thus launching his career.

As a personification of the American dream and an incredibly charismatic performer, Sammartino charmed and won the adoration of many wrestling fans. His persona was that of the eternal good guy, a superhero with morals of steel and muscles to match. He never once turned heel in his lengthy career.

He was so serious about the integrity of pro-wrestling that he declined being inducted into the WWE Hall of Fame for years because of his opposition to the company's use of steroids and what he viewed to be vulgar storylines beginning in the 1980s. He finally accepted in 2013.

Sammartino is a legendary figure in the world of pro wrestling and in this city. His death is a reminder that neither wrestling nor the city of Pittsburgh would be where it is today without Bruno, "the Italian Superman."