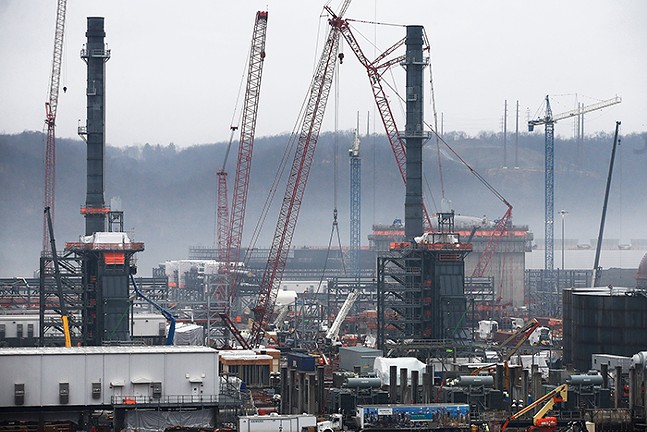 “Industry did not tell us that this radioactive material would be stored on site for months at a time near our homes and schools,” says Cathy Lodge, a Washington County resident.

"Pennsylvania's Shale Gas Boom: How Policy Decisions Failed to Protect Public Health & What We Can Do to Correct It," held at CCAC's Boyce Campus in Monroeville and streamed online, included residents and professionals who expressed their concerns and shared findings regarding the effects of fracking on public health. The panels focused respectively on community impact, health effects, and policy solutions relating to the shale gas industry.

Despite convening the meeting to engage their constituents, Muth and Brewster acknowledged they have little power to enact change as the minority party in both chambers of the state legislature.

“My bills have been ignored just like you,” says Brewster, with Muth agreeing, “Every single thing we do fails.”

Lodge said they’ve been dealing with Marcellus Shale issues since the early 2000s and that they came to Washington County with promises of prosperity and wealth to the area.

“In fact, over the years my children attended the Fort Cherry schools, our district has cut programs and teachers due to lack of money in the district and a decline in enrollment,” says Lodge. “From what I’ve experienced, the promise of prosperity did not materialize for our communities or our schools. Instead, we’ve been left with worries about the risks posed to our health, our land, and our water sources.”

Lodge added that her area has experienced unexplained instances of rare cancers.

“Although there have not been any clear links, communities in our region have experienced unexplained small clusters of rare cancers,” says Lodge.

Gillian Graber, executive director of Protect PT (Penn-Trafford), told of what happened when the oil industry came to her community.

“Your municipality is utterly unprepared for what is to come. Your elected and appointed officials do not have the benefit of years of preparation, and expert advice, but the gas industry does,” says Graber.

Graber emphasized that the public health effects of fracking weren’t a political issue but instead were a health issue, telling the legislators that “as a politician, you can’t be pro-industry and pro-health, you have to pick one.”

The Environmental Health Project, a nonprofit public health organization, published a white paper in which they found that health impacts increase the closer you are to shale gas facilities. Makenzie White, the organization’s public health manager, discussed the findings during the panel. 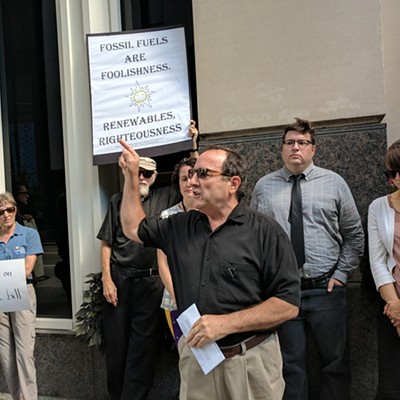